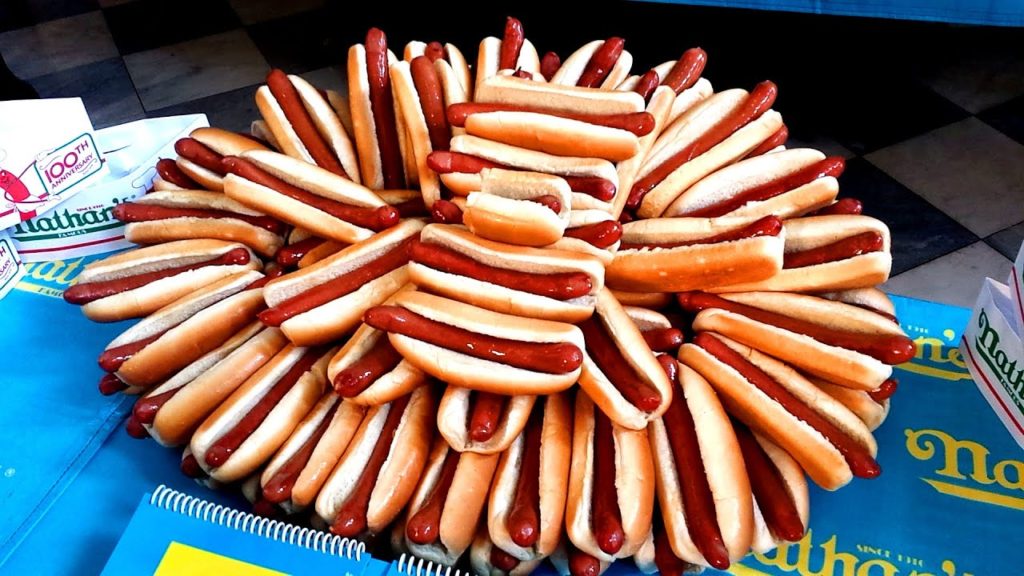 Joey Chestnut will look to defend long-held crown on the men’s side. Chestnut has won the last five contests and 13 of the last 14 dating back to 2007. Matt Stonie took him down in 2015 with 62 hot dogs to Chestnut’s 60.

On the women’s side, Miki Sudo has won the Women’s Championship every year since 2014. However, Sudo is pregnant and will not be competing. That opens up things a bit for the women.

Here are the odds and how to bet on the Nathan’s Hot Dog Eating Contest.

Michelle Lesco -1000 is the favorite. You can get Any Other Contestant +500 to oppose her.

The pick here is Michelle Lesco -1000. I don’t think +500 is enough value to pick against Cardboard Shell.

Joey Chestnut -5000 is an extremely heavy favorite here. You can get Any Other Contestant +1000 against him.

Chestnut is insane. He blows away the competition nearly every year but had a hiccup in 2014.

So, if you really want to bet on the winner, Joey Chestnut -5000 is probably the pick. But the fact that he lost just six years ago gives me some pause. The field at +1000 has some value for a small bet if you want to root for an underdog, but I can’t advise it.

The real value is in the prop bets below.

Last year’s world record of 75 hot dogs might have a bit of an asterisk on it. The 2020 competition was the first time the event was held indoors without fans and they also had fewer competitors.

Holding the event inside may not seem like a huge difference, but the weather is a factor here. It was in an air-conditioned building last year and while it’s not going to be blazing hot on Coney Island on Sunday, it’s going to be 77 degrees with some humidity.

Chestnut will be motivated to break his own world record yet again in front of fans for the first time in two years. Even ignoring last year’s conditions, Chestnut ate 72 in 2017 and 74 in 2019 for new world records. He regressed to 71 in 2019, but he should be out to prove that last year wasn’t a fluke.

If you want to bet on his hot dog total, I’d go with Over 73.5 -230. He’s hit it in two straight years (even if one was climate-controlled) and is the best to ever do it.