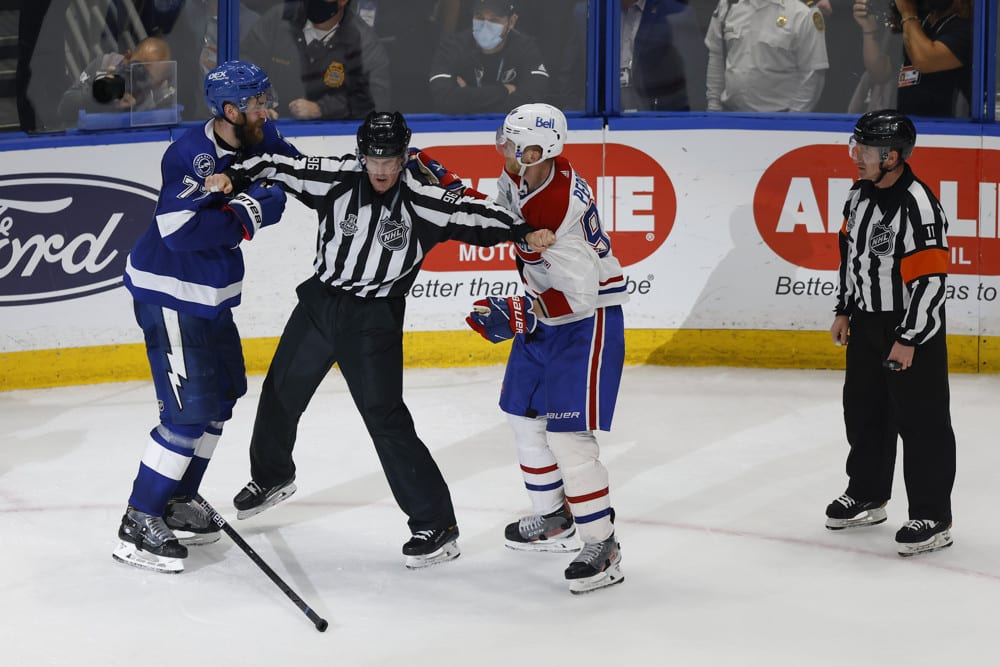 The Stanley Cup Final shifts to Montreal tonight for Game 3.

The Canadiens will look to avoid falling into a 3-0 series deficit as they host the Tampa Bay Lightning.

The Lightning beat the Canadiens 5-1 in Game 1. Montreal bounced back with a strong performance in Game 2, but it wasn’t enough. Tampa Bay took Game 2 by a final score of 3-1 to take a 2-0 lead in the series.

We’re heading to Montreal for a very important Game 3. Carey Price and Andrei Vasilevskiy will go to battle again tonight.

The Canadiens are home underdogs at +117 to the Lightning’s -136 as favorites. The total is set at five goals.

Things turned around a bit in Game 2. Montreal outshot Tampa Bay 43-23 and had a 2.1-1.35 advantage in Expected Goals. However, the Lightning got a few bounces and capitalized three times to take a 2-0 series lead.

The Lightning took 2-0 series leads against Florida and Carolina. They lost Game 3 both times. They won Games 2 and 3 against the Islanders after losing Game 1, they then lost Game 4 in New York.

On the other hand, the Canadiens have been resilient in the NHL playoffs and that showed in Game 2. It didn’t result in a win, but it gave them some hope as they head back home. They’ll be able to dictate matchups — which is huge — and feed off the home crowd.

The Lightning will also be trying to play a more defensive game after allowing so many shots in Game 2. This one should be a low-scoring, tight-checking affair.

The Canadiens have gone to overtime a total of six times in 19 games. That includes three times (Games 3, 4, 6) last series against the Golden Knights.

These two teams will play a close game on Friday night and overtime could very well be in the cards. I think +305 is a favorable line.

Four of Montreal’s six overtime wins were 3-2 games. They had three 3-2 wins against Vegas, one against Winnipeg, and one against Toronto. This team plays low-scoring games and we should get another one here.

Cole Caufield had goals in Games 1, 3, 5, and 6 of last series against Vegas. He had two shots on goal in each of the first two games in this series. Montreal should look to open up the ice some for him to get on the board at home. I don’t hate the +1200 to score first or +1200 to score last, either.