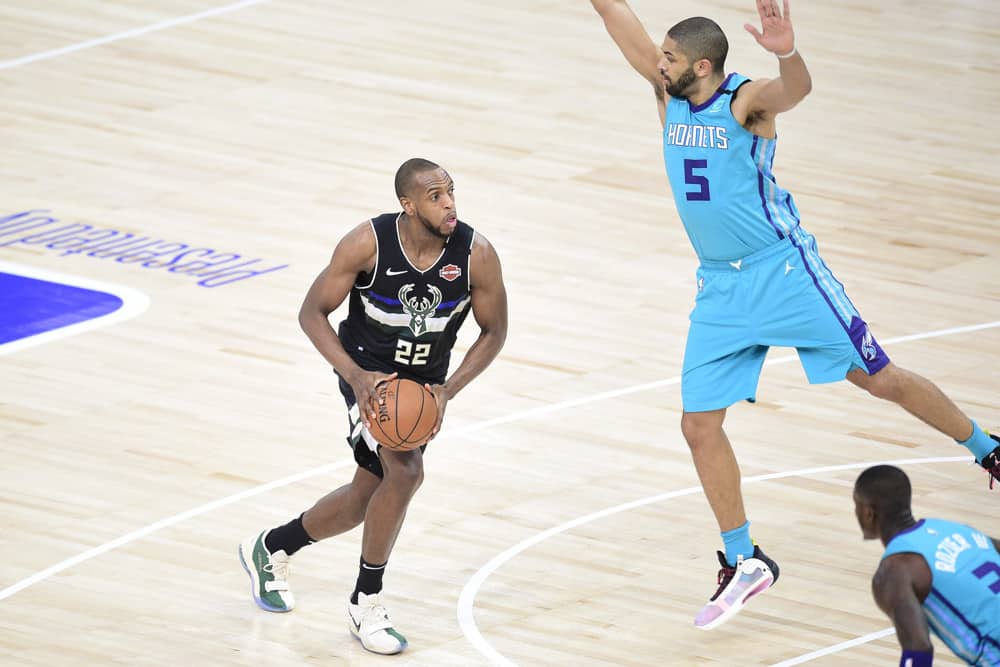 I am back with my daily picks for the NBA Playoffs player props! Last week I went a perfect 3-0 on the player props and I hope we can cash again tonight. It has been an interesting NBA Playoffs thus far, to say the least. There have been key injuries to the best players in every series. As a result, key role players have to step up in their absence. Tonight, the Hawks visit the Bucks for Game Five of the Eastern Conference Finals, and I have three player props picks! Let me dive right into it!

If there ever was a time for Middleton to prove that he is a star player in this league it will have to be tonight. With the injury to Giannis and his playoff status in jeopardy, the Bucks will have to turn to Middleton. Middleton had his coming out party in Game Three of this series, when he scored 38 points, and also grabbed 11 rebounds. The Bucks are back home tonight in a pivotal Game Five. Despite Middleton only averaging 22.5 points per game without Giannis Antetokounmpo in the lineup, I fully expect Middleton to take on the scoring load for the Bucks tonight. This is my favorite NBA Playoffs player prop pick for tonight!

I backed P.J. to grab over 5.5 rebounds in Game Four but it didn’t get across the finish line. But, I will be back on this rebounding train tonight. Tucker in the first three games of this series grabbed at least seven rebounds. Now, with Giannis out of the lineup, there will be more opportunities for rebounding. P.J. Tucker is one of the better offensive rebounders on this team and I expect him to have a big night creating more second-chance point opportunities for the Bucks.

You would assume that if Trae Young is not able to go tonight there will be more scoring opportunities for other players on the Hawks. However, if Lou Williams gets the start again we know the type of scoring ability he has. Furthermore, Williams has developed a chemistry with Clint Capela on lob passes. As a result, that will be take away the scoring opportunities for John Collins. In fact, in the four games in this series, Collins has exceeded 16 points just once. Collins does not have more than 10 field goal attempts over the last three games. The defensive intensity should be at an all-time high for the Bucks tonight, resulting in fewer scoring opportunities for Collins.