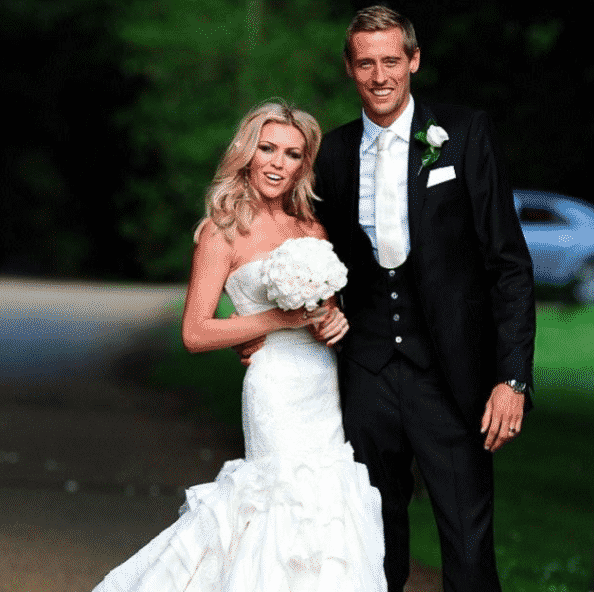 It has been two years since Peter Crouch called time on his soccer career, but he has not been idle since hanging up his boots. That Peter Crouch Podcast first aired in the fall of 2018 before his retirement, so there was a clear plan for his transition from player to media personality.

A prolific target man for England who played at consecutive editions of the World Cup finals in 2006 and 2010, Crouch used his height to score 22 international goals. He also represented top clubs in the Premier League like Liverpool and Tottenham Hotspur.

While Crouch’s resume is short on honors, he did win the FA Cup in 2006 and played in the UEFA Champions League final the following year. At some of the smaller clubs he represented, he was so popular with fellow soccer pros and fans that he was voted Player of the Season during his spells at QPR, Portsmouth and Stoke City.

Crouch played under Harry Redknapp at three different teams, Pompey, Southampton, and Spurs. After being coached so much by one of the biggest characters in the beautiful game during the last 25 years, that may have rubbed off on him.

Considered one of the best sports podcasts today, That Peter Crouch Podcast is produced by the BBC and always going to feature on any list of best in class as a result. This partnership with a national broadcaster offering free to air coverage helps Crouch and the guests he has on reach a wide audience across the pond in England.

Thanks to the BBC Sounds service, you can listen to Crouch’s podcast via a mobile app you can download on digital devices. This summer there are special editions of it, billed as That Peter Crouch Euros Podcast as the delayed Euro 2020 finals take place across the length and breadth of Europe.

After ghost-writing Crouch’s book How to Be A Footballer, BBC sports journalist Tom Fordyce continues his partnership with him for the podcast. Radio personality Chris Stark also has co-hosting duties on the show that features all the hot topics in soccer.

Away from his podcast, Crouch has been a regular pundit on BT Sport’s Champions League coverage, replacing the likes of former England colleagues Frank Lampard and Steven Gerrard when they branched out into management. He has since tried his hand at presenting TV shows himself.

Peter Crouch: Save Our Summer was a comedy panel gameshow which he hosted alongside comedian Alex Horne and TV personality Maya Jama in June and July 2020. A spin-off program, Crouchy’s Year-Late Euros, follows BBC Sport coverage of the European Championship soccer on Friday evenings packed full of celebrity appearances and live music.

If the waves made by Crouch on both TV and via the podcast show are any indicator, then there is definitely life after soccer for professional players. His example also shows that traditional routes like coaching and journalism aren’t the only avenues open to sportspeople with personality, and they shouldn’t be afraid to step outside their comfort zone and branch out into new things.