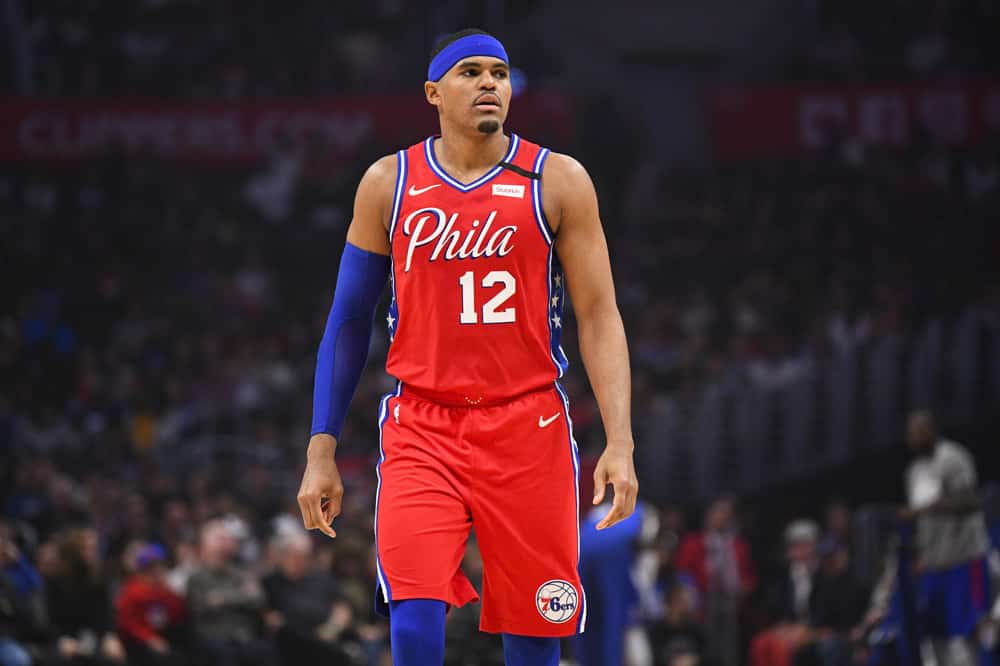 Tonight I have three NBA player prop picks for the NBA Playoffs. There are two games on the schedule, with some player props to bet on. Last week player props went 2-1 so I hope I can continue the winning ways tonight. The Philadelphia Sixers will host the Atlanta Hawks in Game 5. The nightcap game will see the Kawhi Leonard-less Clippers visiting the Utah Jazz. Let me jump right into my daily picks for NBA player props for tonight!

Tobias Harris has been the second-leading scorer for the Sixers all playoffs long. Tonight is a game where I expect Harris to step and have a big scoring night. The Sixers are dealing with the ailing knee of Joel Embiid so this is a spot for Harris to step up. In fact, Harris has scored at least 20 points in all four games against the Hawks so far in this series. Furthermore, in the five home games in the playoffs so far, Harris is averaging 25.2 points per game. This is my favorite NBA player prop pick for tonight.

Think you know who’s going to win it all? Check out latest NBA Championship odds.

There is no question that Seth Curry is the best shooter on the floor for the Sixers, even possibly between both of these teams. So far in this series, Curry is shooting 57.2% from the three-point line. In addition, Curry is averaging 6.5 attempts per game. Curry has also knocked down three or more three-point shots in three out of the four games in this series. Furthermore, I expect the Sixers to have a better shooting night at home tonight and look for Curry to knock down threes for the Sixers and cash this player prop.

The big news for the Clippers this morning was losing Kawhi Leonard to a sprained knee. Now is the time for the role players to step up in the absence of your best player. Reggie Jackson should see an increase in minutes in the absence of Leonard. As a matter of fact, since Game One in this series, Jackson is averaging 30+ minutes per game. We should see an increase in shooting from Jackson tonight. In Game Two and Three, Jackson scored 29 and 17 respectively. I love this player prop for tonight’s game.