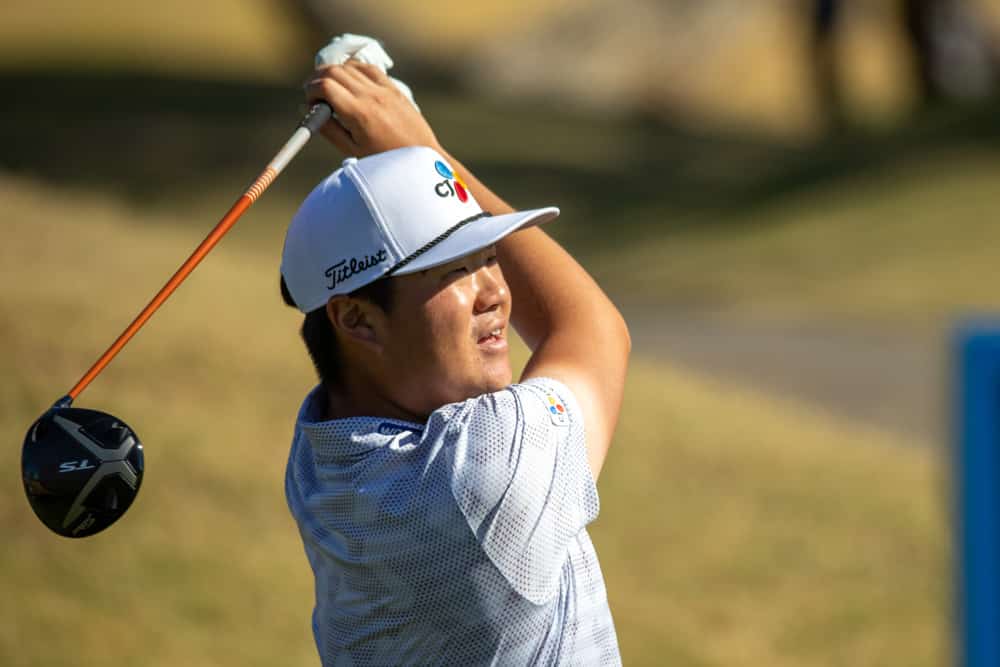 What a Memorial Tournament! Nice win for Cantlay over Morikawa in a playoff, we all know Rahm was the real winner though. With the US Open taking place next week, this week is a great rest week for the biggest names in golf. This week was supposed to be the RBC Canadian Open, but due to restricted border access, PGA threw together the Palmetto Championship at Congaree Golf Club in Ridgeland, South Carolina. This will be Congaree’s PGA tour debut. The course was opened in 2017 with a strong focus on community outreach and expanding the game of golf. The founders had a 3,200-acre plot of land and brought in Tom Fazio to design this beautiful course.

It is a par 71 playing over 7,600 yards. There is no rough, all the grass is the same length. However, there are sandy waste areas all over the course, much like what we saw at Kiawah Island Club. There are traditional bunkers in addition to the sandy areas, and let me tell you, they look brutal. The course is bermudagrass throughout, and the greens play firm and fast. The typical green at Congaree is an elevated dome shape, so good luck staying on with an approach. We will see a lot of Texas Wedges. With no course history and a significantly weakened field, our approach will be slightly different this week.

The recent form is big for us. Be sure to check out players who faired well on similar courses, like Pebble, Kiawah, and the Concession. As well as Fazio courses we’ve seen recently like PGA National, Quail Hollow, and Shadow Creek. Out key stats for the week are going to be strokes gained ball striking (SG:BS), strokes gained short game (SG:SG) strokes gained putting Bermuda (SG:P), Diving Distance, sand saves gained, and Par 4 scoring 450-500.

Sungjae Im has not been playing his best golf as of late. He has missed the cut in his past two events, The Memorial and Charles Schwab. We are not too worried because the majority of his struggles were with the putter and putting on his worst surface bentgrass. This week, Sungjae is in a weaker field and we move him to his favorite surface Bermuda greens. Let’s not forget Sungjae’s only win on tour is at the Honda Classic, a Fazio design. Do not be shocked to see Im put together a quality weekend at the Palmetto Championship and be a big-time force in DraftKings.

Lucas Glover has been playing some quality golf as of late. He placed 37th at the Memorial Tournament and 8th at the Charles Schwab. In his 37th place finish, Glover lost 4.5 strokes on approach! If he can figure out hit irons watch out. He is historically a good irons player, so gambling on him to get backtrack is not a reckless move. The bigger concern heading into the week is his ability to putt on Bermuda grass. But with that said, compared to the players priced around him, Glover is a must-play this week in your DraftKings lineup for the Palmetto Championship.

Laird has made the cut in seven of his last eight events, including top-40 finishes at the Valero, the Masters, and the PGA Championship. Over this run, he is gaining 0.6 strokes tee to green and 0.8 strokes with approach shots. He has a great experience on tour and has shown he can be successful on Fazio designs (23rd at PGA). When he won the Shriners back in October he did it with well-placed approach shots to elevated greens, and excellent Bermuda putting. He is entering with great form, and if he can pop like that again he has real win equity this weekend at a sub-$8,000 price point.

Vincent Whaley,  the cut machine! Whaley has not missed a cut dating back to February! One could argue, being the caliber player he is, that Vincent Whaley is one of the most consistent players past 3 months. He finished in 20th place at the Charles Schwab and placed no lower than 28th in his past five starts. Not only is Whaley on a heater, but we are moving him to his favorite putting surface. We expect another quality showing out of Vincent Whaley.

Richie had a tough time seeing the bentgrass greens of Muirfield last week, losing 2.6 strokes to the field putting.  Let’s hope getting back to Bermuda greens snaps his putting back to form because prior to the Memorial, he had made the cut in three straight events (Schwab, PGA, Wells Fargo). He has typically played with an above-average game T2G ranking 30th in the field in strokes gained, but struggles in and around the greens.  At this price point, plugin Richy for another cut made and valuable DK points.

Kodaira enters play this week with consecutive top-15 finishes at the Byron Nelson and Wells Fargo. He also had a 36th place finish at Honda, which along with the Wells Fargo were both played on Fazio courses. Over his last 10 rounds, he is gaining 1.5 strokes off the tee and is ranked 53rd in par 4 scoring 450-500, both of which will be crucial stats for Congaree this weekend. He’s shown improvement with his ball-striking and approach games, let’s hope that continues heading into this weak event. Kodaira could be a sneaky contributor to your Palmetto Championship DraftKings lineup.