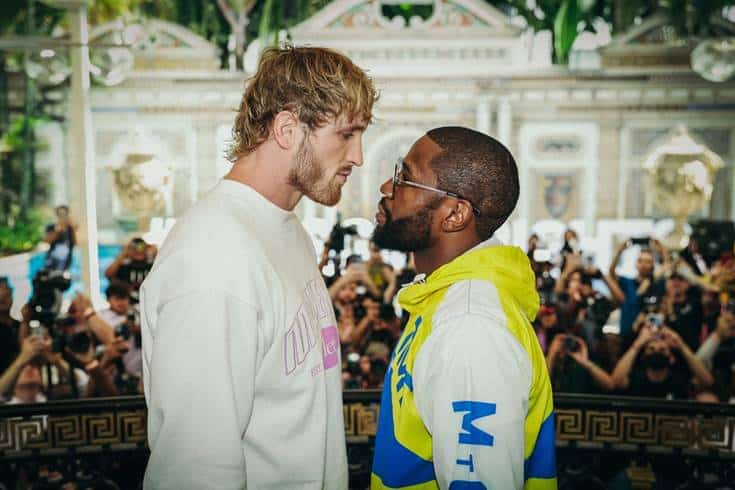 An exhibition battle between one of boxing’s great fighters of the last 25 years and a YouTube/social media sensation headlines of pay-per-view Sunday night and we’re discussing all of it on the Big Fight Weekend podcast.

Host TJ Rives and Senior Writer of BigFightweekend.com Marquis Johns are back to get the full preview in for Floyd Mayweather vs. Logan Paul in an eighth round PPV exhibition just north of Miami Sunday night.

First, the guys go over the action from last weekend including, 38 year old Filipino Nonito Donaire scoring a dramatic 4th round KO to make him the oldest World Bantamweight champion of all time. And, also American Lightweight world champion and Haney was impressive for most of his fight before being rocked late and having to hang on.

Then, Showtime boxing analyst and noted fight historian Steve Farhood is a guest on the podcast

TJ and Farhood discuss the Mayweather-Paul battle and the Pay-Per-View fight card coming out of Hard Rock Stadium. Next, Steve also gives Insight on the outstanding four-part docu-series “The Kings” that will be airing on Showtime starting Sunday night. The series features Sugar Ray Leonard, Thomas Hearns, Marvelous Marvin Hagler and Roberto Duran and their epic battles against each other in the 1980s.

Then Marquis is back with TJ to discuss betting lines and predictions for Mayweather – Paul and other fights on the card. They also briefly discuss the Friday night fight card in London involving prominent British heavyweight Daniel Dubois.

Here at all as part of the Big Fight Weekend podcast and make sure to subscribe/review us on Apple podcasts, Spotify, Google, etc.!!