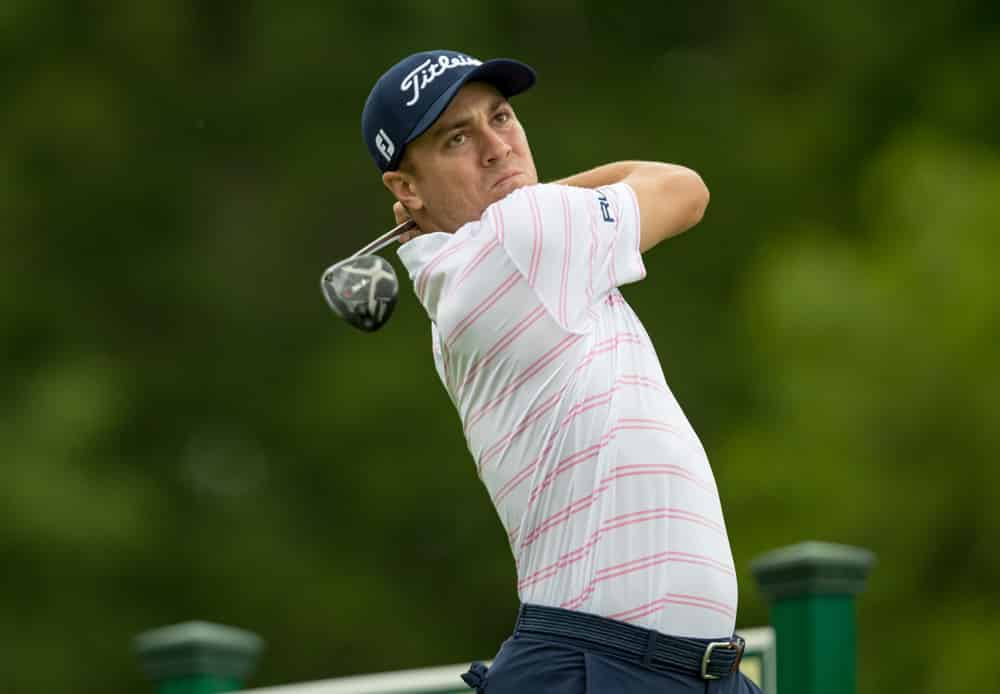 For those who missed it, check out The Memorial Tournament Preview and Betting Strategies for the types of golfers you should look to target for your picks. Using that as a guide, let’s take a look at some of the best bets to make this week. Here are my 2021 Memorial Tournament Picks (odds courtesy of PointsBet and DraftKings *Promo Code SGP*).

Justin Thomas is following a similar trajectory before he won the Players in March. Back then, he horribly missed the cut at Riviera. He followed that up with a slow start at WGC-Concession before scraping together a T15 finish. Then he put it all together and won at TPC Sawgrass.

Justin Thomas two starts ago missed the cut in embarrassing fashion at Kiawah. He again got off to a slow start at Colonial before scraping together a T40 finish. And he ended Colonial on a high note with a great ball-striking performance.

More encouraging for Thomas is two things are trending in the right direction. One is his putter. He’s gained strokes overall for the tournament in each of his last two starts. The other is the weather. Justin Thomas has a list of poor, underwhelming performances in windy conditions. That helps explain his slow start next week. But when the wind is calm and conditions are soft, Justin Thomas shines. The forecast this week calls for rain leading up to the tournament and relatively calm wind conditions.

Things are adding up to another Justin Thomas victory. His odds this week are at a discount for where he typically is priced. That makes him a good pick for an outright bet at The Memorial.

The blueprint for Corey Conners to win the Memorial is to do what Collin Morikawa did last year. Morikawa, like Conners, has woeful deficiencies both on and around the green. But his ball-striking last year at the Workday Charity Open was so good he put himself in great positions for easier putts. He then caught some fire with the flat stick and broke through for his second career win.

The stars are aligning for a Corey Conners breakthrough victory. It could happen this week.

Muirfield Village has been the breeding ground for breakthrough, career-altering victories. As of now, Scottie Scheffler hasn’t had a win on the PGA Tour. But that could all change this week.

Statistically, he doesn’t pop on paper. His putting, scrambling and irons have been pretty hit or miss for the last few months. He has shown high upside in each department, but also big lows. But the one area where he’s been remarkably consistent is off the tee. Over his last 50 rounds, Scheffler gains about 0.85 strokes per round off the tee. And he’s not spraying it all over the place too. His Good Drive % (fairways hit + GIR% on missed fairways) is a solid 85.4% this year. That demonstrates that he both hits lots of fairways, and when he’s offline he’s still in a position to hit the green in regulation.

There are many candidates being mentioned this week as options for the breakthrough winner at Muirfield Village. So far, he hasn’t been a popular name picked. He’s just as talented as several of those other names but flying very low below the radar. That’s a good place to be when picking an outright winner at the Memorial.

Niemann checks a lot of boxes for a future winner at Muirfield Village. His combined ball-striking statistics are some of the best in the field. He’s tremendously improved his putting and has good success on bentgrass surfaces. And he’s played well at Muirfield Village before. In 14 career rounds, he’s gained 1.61 strokes per round on the field.

His kryptonite is with his scrambling. Over his last 16 rounds, he has lost almost half a shot per round around the green. Poor performances in the Strokes Gained – Around the Green metric is something he’s overcome because he’s been such a strong putter this year. And there are several examples of players who did not have good season-long Strokes Gained – Around the Green metrics who still won the tournament. Some examples include Collin Morikawa, Jason Dufner, David Lingmerth, and even the legend Tiger Woods. All of them were losing strokes per round to the field around the green leading up to their victory at the Memorial.

Will he have to find improvement around the green to win? Sure. But if he can manage a field average performance there his high ceiling in all the other categories could put him in the mix. At 50/1, it’s a good pick to find out if he can capture his second career win at the Memorial.

Sam Burns is largely being ignored this week for two reasons. The first being people doubt if he can pick up his second career win in such a short amount of time. And there are lingering concerns about his first-round withdrawal at the PGA Championship with a back injury.

Not knowing where he’s at with the back injury makes this pick risky. But if he’s right, he checks so many boxes of a player who should do well at Muirfield Village. While Sam Burns’ pure driving accuracy statistics are poor, he ranks 55th in Good Drive % on the PGA Tour. Like Scottie Scheffler, that indicates that his misses aren’t crippling. He’s also been fantastic all season with his irons and has a streaky putter. His one weakness in his game is his scrambling, but that has improved over his last 16 rounds. He’s about net neutral in Strokes Gained – Around the Green over his last 16 rounds.

Sam Burns followed up his victory at the Valspar with another close call at the Byron Nelson. Maybe the floodgates have opened for him. It’s a risky pick for an outright bet this week at the Memorial. But if he’s right, 50/1 is a steal for his talent.

Viktor Hovland is a very popular pick to win this week. But I’m opting for just the Top 10 on him at +175 odds. Hovland is a golfer who checks almost all the boxes this week. He’s one of the best ball strikers in the field. He has a great combination of length and accuracy off the tee. And he’s improved his putting and scrambling. Maybe this is just a FOMO bet to have a share of Hovland in case he does win. In any event, he should be in for a strong showing at Muirfield Village this year.

Emiliano Grillo checks the boxes of an alluring Top 20 prop. He has a good history at Muirfield Village. He’s an elite ball striker. And his much maligned putting has turned around over the last few months. He’s now net-positive in his long-term putting numbers.

We saw last week how Jason Korkak worked hard to improve his putting. That’s culminated with two victories in the last 8 months. Grillo can continue his good form thanks to an improved putter this weekend at the Memorial Tournament.

Not only does Stewart Cink have great course history at Muirfield Village, his current form indicates another strong showing is in order. Over his last 16 rounds, Stewart Cink has gained over 1.5 strokes per round ball-striking. He also has been putting well all year long.

Meanwhile, it seems that the improvements in Marc Leishman‘s game were short-lived. His ball-striking metrics have regressed considerably over the last month or so. Poor ball-striking was exposed at the old Muirfield Village. It’ll be put under the microscope at the new version of it. Pick Stewart Cink to beat Marc Leishman at the Memorial Tournament.

Charley Hoffman has been one of the hottest players tee-to-green over the last few months. His combined ball-striking numbers heading into this event are one of the best clips in the field. There’s no indication an end to his streak of good finishes is coming.

Meanwhile, Cameron Smith‘s performance tee-to-green seems to be slipping a bit. While still in the positive in that metric, lately he’s been carried by his short game. His performance off the tee and with his irons has regressed. He also has a very poor history at Muirfield Village overall. Charley Hoffman should be Cam Smith straight up at the Memorial Tournament.