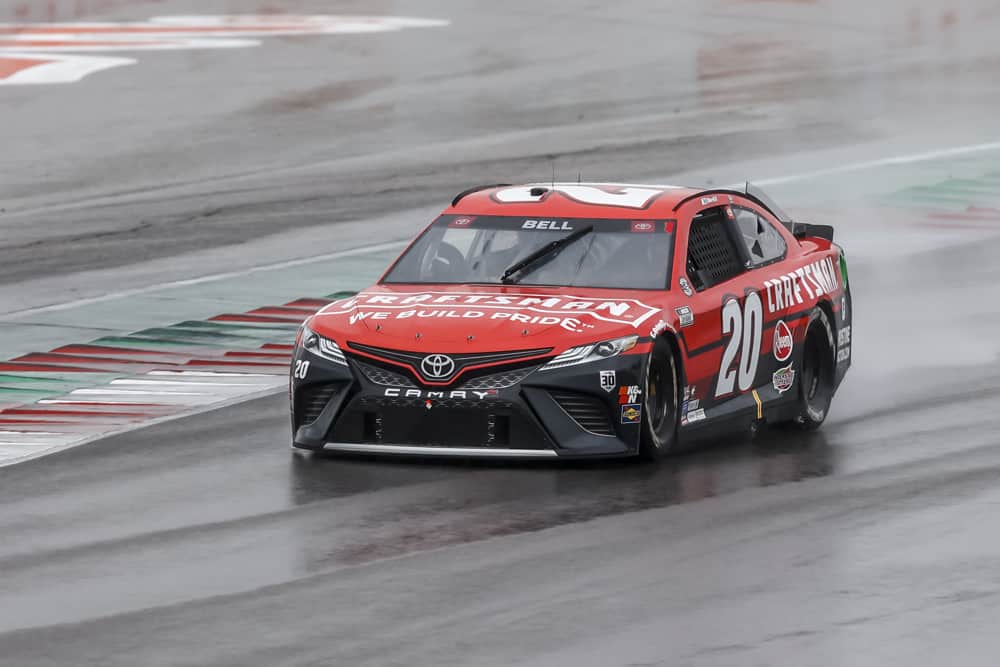 This week’s EchoPark Texas Grand Prix road race is a special weekend for NASCAR. First off, it will be the first time a Cup Series race will be run at the 3.4 mile Circuit of the Americas track in Austin, Texas. To add to that excitement, it will be the first time since the Bristol dirt race that drivers will qualify in the traditional sense for their starting positions. Although, the only drawback to this for DFS players is that drivers will qualify Sunday morning before the race. That obviously leaves us guessing as to the value of drivers at their current price listing.

So to that end, this week’s article will take a different approach given the circumstances. We can’t break down the drivers in the traditional format of dominators and climbers, because we don’t yet know who is starting where. Instead, we’ll take a look at four drivers of interest for this week’s race.

We are lucky though that we have some practice data to work from as today drivers ran laps around their new course. Many of those were run in the rain. This is important because the forecast in Austin tomorrow calls for a 54% chance this race will be run with water falling from the sky. Rain tires will be available to use if needed which tells you there is no danger of this race being delayed or called early.

Before jumping into the picks, a couple of things to note. There are only 68 laps in this race. That means there are only 17 total points up for grabs for leading the race. Place differential becomes more important here since there are not too many ways drivers can buffer their point totals.

Also, it would be wise to hold off on constructing full rosters until after Sunday morning’s qualifying runs. That session begins at 10 am EST. The green flag drops on the EchoPark Texas Grand Prix at 2:30 pm EST. That leaves you about a two-hour window between the end of qualifying and the start of the race to get your lineups set. You could get an edge on some players in your contests who have already set a roster and will forget to change it after qualifying.

You will find William Byron’s name at the top of the leaderboard from the Saturday practice session. His posted time beat second-place Joey Logano by more than half a second. Byron, like all the other drivers, had to adjust to the rain at first. But, by lap 12, his fastest and the fastest of the day, he had the right feel for the track. This will go a long way should conditions remain the same come race time.

William Byron said the practice session in the rain was productive. Byron said it was fun driving but couldn’t see on the long straightaway after Turn 11. He said if the race is in the dry, he would still feel prepared: pic.twitter.com/ID0z8UEyok

Road courses have treated Byron well as of late. He placed 6th in 2019 running at the Charlotte Roval. Since then, the #24 has gone on to place in the top-10 in two out of the next three road track races. He left Daytona with a disappointing 33rd place finish on the only road race this season. That said, his practice times give us hope for a solid qualifying effort that should translate to the race itself. His price point brings instant value should he start towards the front of the EchoPark Texas Grand Prix and stay there.

A half of a second behind Byron on the practice sheet is where Joey Logano sits. His FedEx Toyota ran 14 laps around the Circuit of the Americas track. He turned his quickest time on his 13th lap. Logano had nothing but praise for the weather conditions as he was having a great time out in the inclement weather.

Joey Logano said there was about 10 percent of the track where the spray was so bad that he couldn’t see as he describes a scary and fun time in practice in the rain at COTA. pic.twitter.com/kuU2nzKxu6

Here is another solid situation as Logano has turned in a solid string of finishes at the last four road tracks he’s run. He was the runner-up in both the Daytona Road Course race this season, and the Fall 2020 Charlotte Roval race. Before that, he had two top-10 finishes in both the 2019 races at those same tracks. He’ll be another well-priced gem regardless of his starting position.

It could very well turn out that Christopher Bell could be the highest owned driver on the slate. Many will remember his victory on the last road course of the season at Daytona. That alone is enough to put him in consideration here. What we also have to build on this is his 6th place showing in practice on Saturday. He trailed fifth-place Chase Elliott by just over a tenth of a second for the spot.

"Hopefully we can build on this and win some more." – Christopher Bell pic.twitter.com/ez1ihjggzp

Bell’s win at Daytona was by far his best showing at a road track on the major circuit. That said, he’s done well in his Xfinity series career including a win at Road America in 2019. He’s tested before on this track so he has more familiarity here than most of the field. He’s a cash game lock for the EchoPark Texas Grand Prix no matter where he starts.

This could be one of the few breaks we will get this weekend. Falling just outside of the top-10 on the practice sheet, Chris Buescher looks to be a great value option. He’s placed inside the top-20 in his last 11 Cup Series road-course outings. So far this season, he’s had four top-10 finishes. All the signs are pointing to a fantasy-friendly day from the driver who finished in 11th place at the Daytona road race in February. He could be a sneaky play in your EchoPark Texas Grand Prix DraftKings lineups.