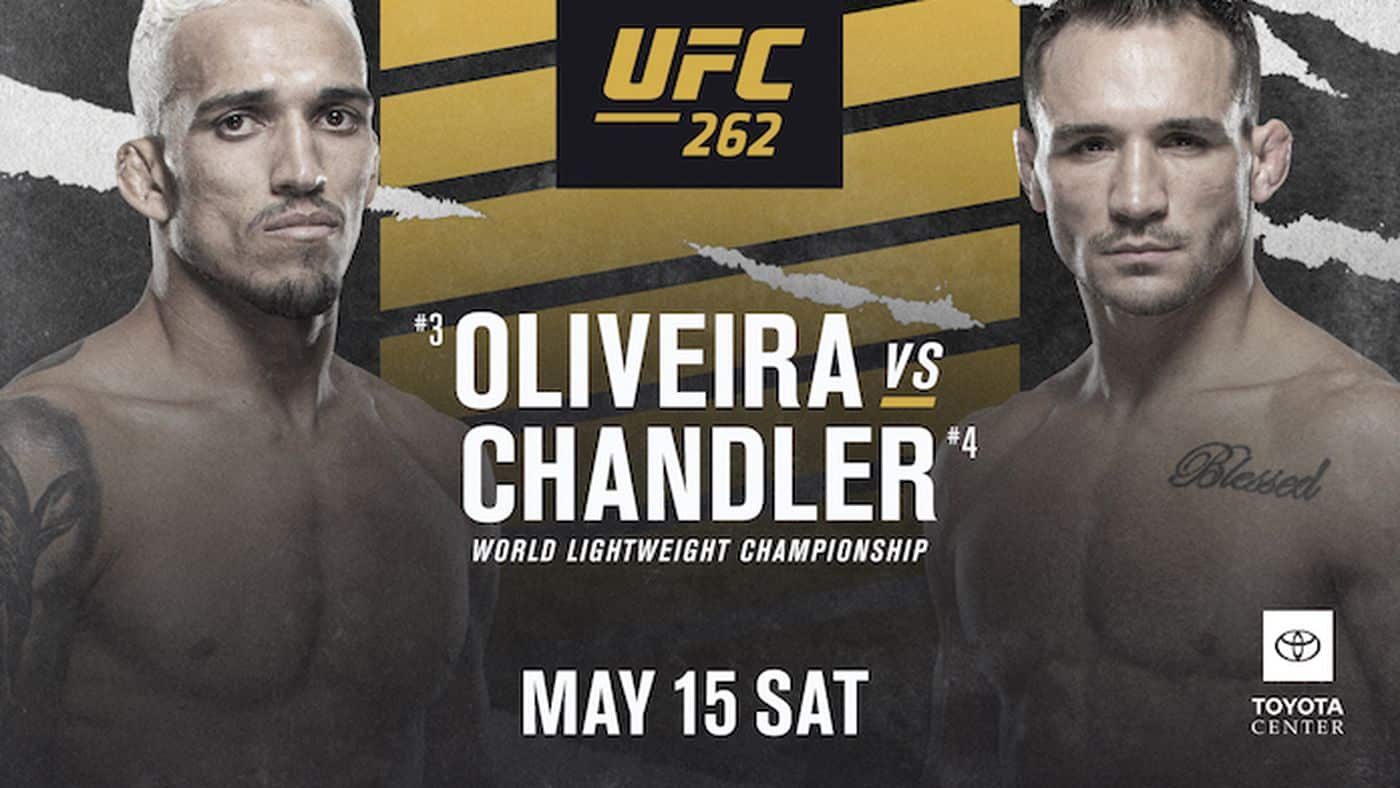 A sold-out crowd will witness UFC 262 tomorrow night in the Toyota Center in Houston, Texas, as the UFC tries to force some normalcy back into their operations. It’s a solid 12-fight card, headlined by Charles Oliveira and Michael Chandler battling for Khabib Nurmagomedov’s vacated UFC Lightweight Championship. And, as per usual, I’ve got a winning UFC 262 DraftKings roster for you right here, one where I unintentionally avoided the high-priced fighters and instead stocked my roster with a bunch of medium-priced ones.

My most expensive purchase is one half of the aforementioned main event, Charles ‘Do Bronx’ Oliveira. A long-time veteran of the sport, he improbably has himself on the verge of UFC greatness and gold around his waist. I’m expecting the expert grappler to put his unique submission skills to good use on Saturday night if the wrestling-heavy Michael Chandler tries to take him down. Always a solid 80-100 fantasy point earner, I like Oliveira at this price point. 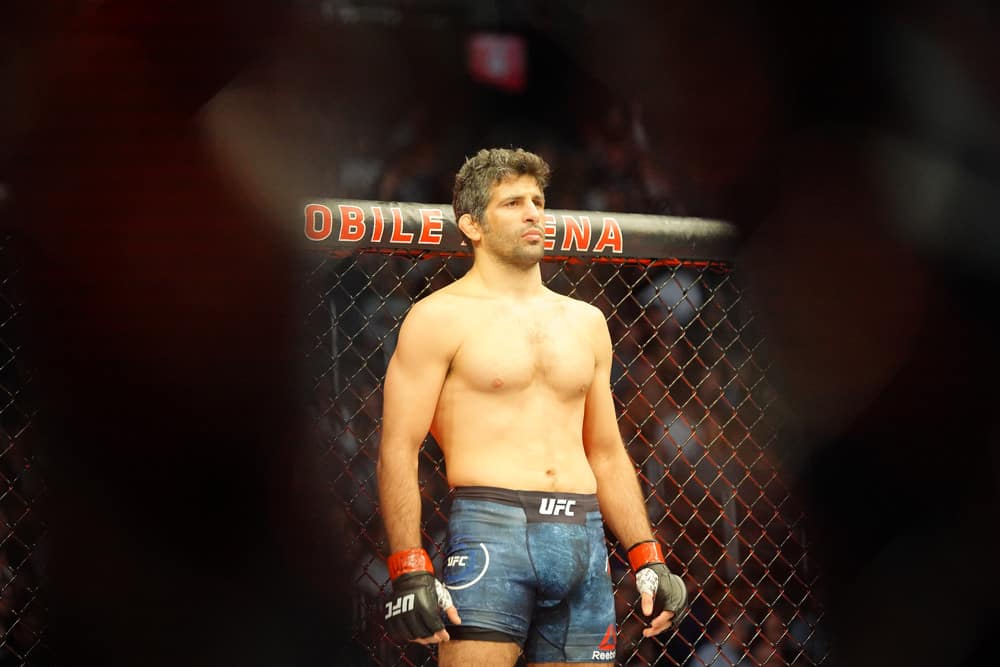 I’m also dipping in on the co-main event to stock my UFC 262 DraftKings roster, taking the surging Beneil Dariush in his lightweight fight against Tony Ferguson. The 37-year-old Ferguson has shown over his last few outings to not be the fighter he was in his prime, while Dariush appears to be getting better with each outing. And check out the fantasy points he has earned for his owners over his last six fights (from most recent): 95, 118, 99, 107, 105, and 106.

I’m riding with an old dog who got knocked out in his last fight, but I don’t think is shot quite yet (I hope). Legend Ronaldo ‘Jacare’ Souza was dominating Kevin Holland with his elite grappling in his last fight before being fluke knocked out. I don’t see that happening this Saturday, as opponent Andre Muniz is also a grappling wizard. Look for Jacare to be in control of the fight no matter where it takes place.

Shane Burgos vs Edson Barboza has Fight of the Night written all over it if both men like their limbs fly. ‘Hurricane’ Burgos is a consistent fantasy point earner, even putting up 55 in a losing effort in his last fight. I like his chances in this fight, as he’s the more active striker of the two men, is five years younger, and has superior striking and grappling stats. Hopefully, it’s a slugfest, with ‘Hurricane’ getting the better of it.

It’s a little risky adding an octagon newcomer to my UFC 262 DraftKings roster, but I’m liking what my research tells me about Tucker Lutz. Lutz has experience with the UFC (kinda), fighting and winning twice on Dana White’s Contender Series. He’s also a finisher, with eight of his 11 pro wins coming via KO or submission, so he should be good for some quality points when he finishes the slumping Kevin Aguilar come Saturday.

Last, but not least, I’m riding with women’s flyweight Viviane Araujo against Katlyn Chookagian this weekend. Araujo is coming off of the biggest win of her career, knocking off veteran Roxanne Modafferi in her last fight and chalking up 93 fantasy points. I see Araujo landing more strikes than Chookagian on Saturday as well as being the better grappler.