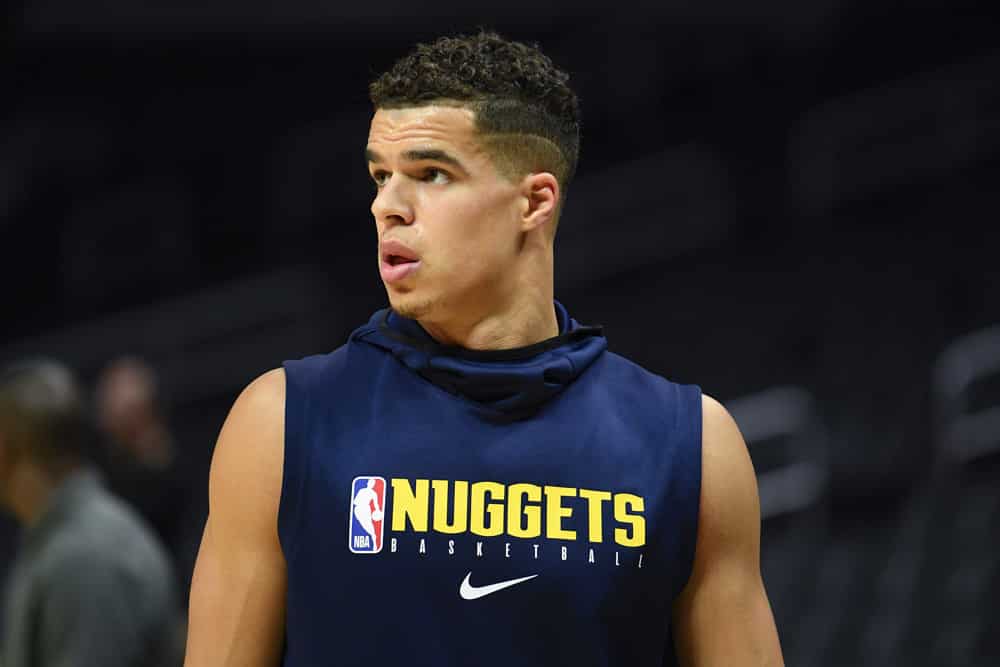 It is crazy to think there are only four games left in the NBA season. Makes me a little sad but also excited for the NBA Playoffs! However, there are plenty of betting opportunities remaining, especially in the player props market. Last week, the daily prop picks went 1-2 but I am continuing to have a profitable season. Hopefully, we can keep it going tonight with my NBA Daily Picks: Player Props.

If you have not checked out Underdogfantasy.com you are missing out. I am playing my daily player props on their site and it even lets me parlay the player props. Plus if you use PROMO CODE: SGPN you get a free $25 when you sign up!

Michael Porter Jr has taken the leap we were all expecting from him this season. More so, he is on a whole other level since the injury to Jamal Murray. In fact, over the last 10 games, Michael Porter Jr. is averaging 27 points per game while shooting 50.6% from the three-point line. Over his last three games, MPJ is averaging close to 30 points per game. I expect his scoring tear to continue tonight against the Minnesota Timberwolves.

This almost seems like an auto bet for me every single night, but I especially love it tonight. The Chicago Bulls visit the Toronto Raptors, who lack a true big man who can contain Nikola Vucevic. Furthermore, the Raptors get dominated on the boards every single night. Tonight will be the fourth matchup for Vucevic against the Toronto Raptors, with Vucevic averaging 13 rebounds per game against them thus far. Over the last seven days, the Raptors have allowed 19.5 rebounds per game to the center position. I expect Vucevic to have a big game on the boards tonight.

Lastly, in the two matchups against the Denver Nuggets this season Russell is averaging 25.5 points per game and shooting 50% from the three-point line. He also made four three-point shots in both of those matchups.

D’angelo Russell tonight vs the Magic

The Heat are on a tear as of late and playing their best basketball as we wind down the season. They have won six out of their last seven games and covered in five out of the last six games. The Heat are healthy and playing their best basketball at the right time. In addition, this game is more important for the Miami Heat in the Eastern Conference standings as they are bunched in the 4th-6th seed range.

Make sure to follow me on Twitter for all my NBA Daily Picks or if you just want to talk some hoops! Definitely check out the NBA Gambling Podcast where we break down every game on the schedule and give out our best bets for the night!