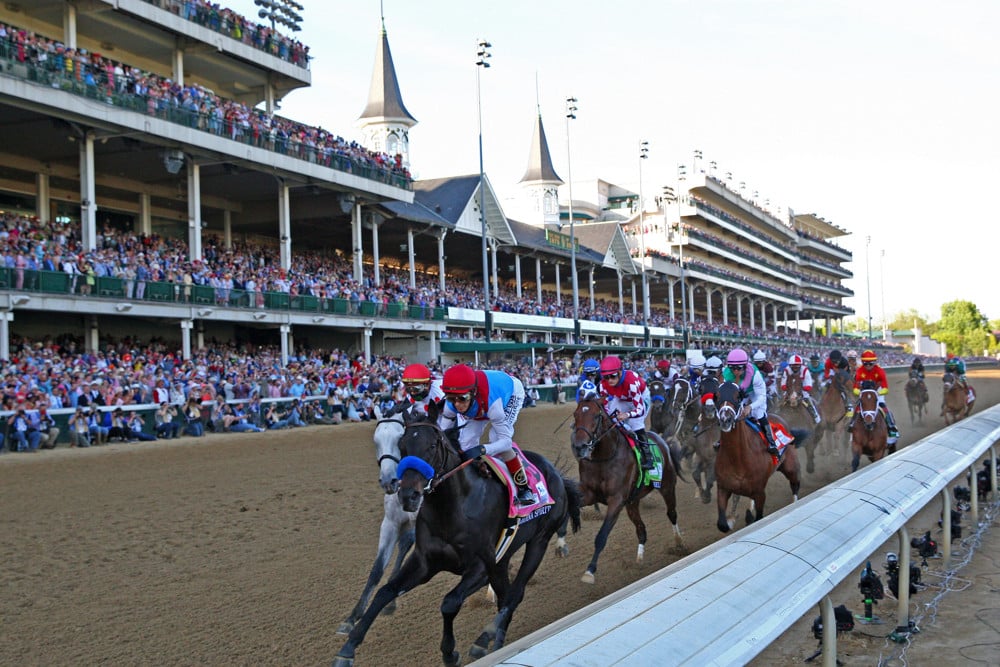 Saturday will witness the 2nd leg of the 2021 Triple Crown, as the Preakness Stakes is run at Pimlico Racecourse, Baltimore. First run in 1873, the race is run over nine and a half furlongs and is worth $1,500,000. We have all the Preakness Stakes picks and analysis you need here.

We took down the Kentucky Derby ante-post when Medina Spirit stayed on tenaciously to give us a winner, which we’d advised at 20/1. The draw was crucial that day, as several of the fancied horses got no luck from the gate in the 20-strong field. As a result, Medina Spirit was able to get his own way up front and repel all challengers from there. A much smaller field will contest the Preakness, so luck in running shouldn’t be a factor.

Medina Spirit 7/5 – Carried us to glory with a tough performance in the Kentucky Derby. He got to the front early that day and holds a remarkable record of never having been passed by another horse in any of his races. Trainer Bob Baffert has won the Preakness Stakes seven times, six of which were with a Kentucky Derby winner. That is a strong trend. It would be foolish for opposing jockeys to give him a soft lead here though, so I’ll pass.

Concert Tour 2/1 – Rebel Stakes winner who disappointed last time out in the Arkansas Derby. He’s fresh, as he did not run at Churchill Downs. The horse looks best when he’s on the pace, so as another Baffert inmate it will be interesting to see if they both duel to get the jump. Has two Grade 2 victories under his belt.

Crowded Trade 6/1 – Lightly raced Chad Brown horse. Has been on the New York scene, which did not throw up good performances in the Derby. Should have improvement in him and will benefit from sitting off a fast pace.

Midnight Bourbon 10/1 – Finished sixth in the Derby, having not been able to dominate from the front as he wanted. The horse is a bit of a monkey.

Rombauer 12/1 – Ran third in the Bluegrass Stakes, when really he was too close to the pace. His trainer Mike McCarthy passed on the Derby, having cited field size, and is known for his shrewd placement. With a strong pace, Rombauer might arrive on the scene late for the shock win.

Risk Taking 15/1 – Won the Withers Stakes at Aqueduct in February. He looked really straightforward that day, sitting off the pace before circling the field to win comfortably. Another from the disappointing New York scene.

Unbridled Honour 15/1 – Todd Pletcher had four in the Derby and this wasn’t one of them. Ran second in the Lexington behind big horse King Fury. He came from a long way back that day on a wet track, which is an interesting angle if he gets something to shoot at here. Luis Saez takes the ride after being on the losing favorite in Kentucky.

Keepmeinmind 20/1 – This one passed quite a few beaten horses down the stretch in the Kentucky Derby to finish seventh. He likes to start in a different county, so if you’re betting him don’t expect to see him until fifteen strides before the wire.

France Do de Ina 30/1 – Japanese raider on a bit of a world tour after finishing sixth in the UAE Derby. Financially, connections are eyeing up the Belmont so this has the hallmark of a reconnaissance mission.

Ram 50/1 – Won on the Derby undercard but looks outclassed here.

I fail to believe that Medina Spirit will be allowed to dictate from the front. The horse is tough, but to my eye doesn’t have gears. Opposing the Baffert trend of Derby/Preakness Stakes winners seems folly, but I would rather live on my feet than die on my knees so let’s do it.

Crowded Trade and Risk Taking will sit mid-pack and hope to pounce off the last turn, with Rombauer, Midnight Bourbon, and Keepmeinmind hoping an early speed duel allows them to pick up the pieces.

Unbridled Honor is a fascinating contender representing Todd Pletcher. The trainer has never won a Preakness and seemed to prefer other stable stars before the Derby. That is just enough to put me off.

Concert Tour comes here fresh after not being quite ready to run in the Derby. He was 1/5 fav when beaten in the Arkansas Derby, but his Rebel Stakes win was very impressive. Still lightly raced, I expect this horse to improve again. His trainer Bob Baffert might even prefer him to win over Medina Spirit in the face of the PED cloud hanging over that one.