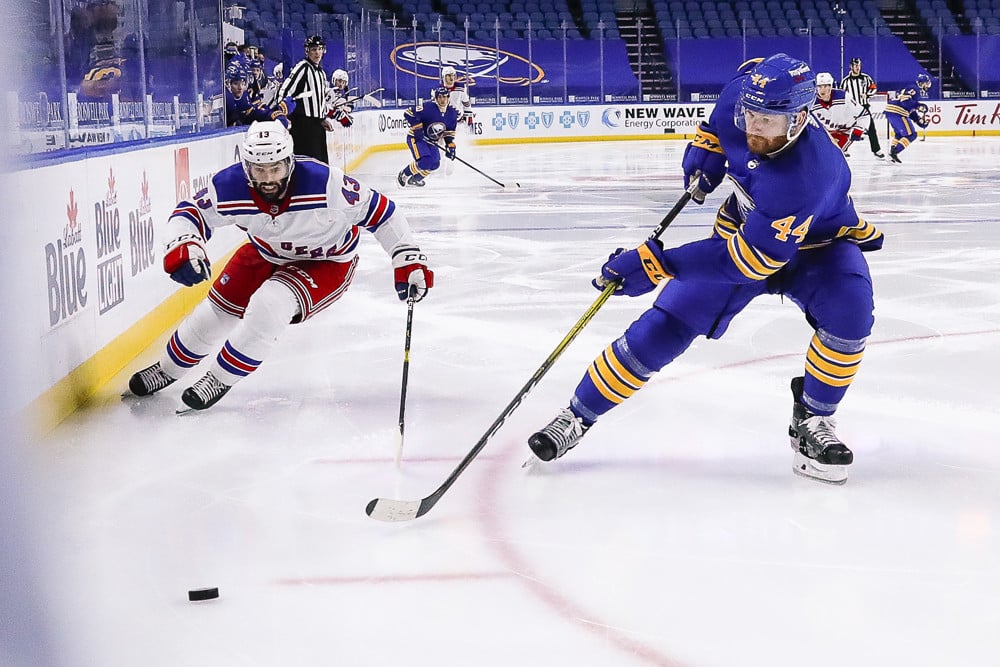 We have another full day of hockey ahead of us. Despite there only being four NHL games on the slate, they’re spread out with start times from 3 p.m. to 7 p.m. ET, giving us seven-plus hours of hockey.

All four games have different storylines. Today, I have picks and predictions for all four contests.

The Sunday slate starts with what should be the most competitive game of the day. The Penguins host the Bruins for some Sunday afternoon hockey on NBC.

The Bruins and Penguins are jockeying for playoff position in the East Division. Pittsburgh will have had around just 24 hours between games after beating the Devils on Saturday afternoon. Boston, on the other hand, is coming off of a bad loss to the Sabres on Friday night. But I’m still leaning towards the Bruins in this one.

Boston is 4-2-0 against the Penguins this season and has no problem playing on just one day’s rest. They’re 5-0-0 in their last five games on one day rest and have won six of their last seven games overall.

Pittsburgh has a tough task ahead of them with the back-to-back situation. They are just 3-3-1 in the second half of back-to-backs this season and the Bruins will be hungry after a bad loss.

The Bruins should come out hot and want to get back on track after a bad loss. The Penguins may be able to match some of their intensity, but Boston should prevail in the end.

This should be a close game, but the Bruins will pull it out.

Think you. know who’s going to win it all? Check out the latest Stanley Cup odds.

We’re staying in the East Division for our next game, but this one is between two teams toward the bottom of the standings. The Flyers have been a huge disappointment this season and the Devils have been predictably bad.

The Flyers are an inconsistent team coming off a loss to the Rangers. They’re returning home to take on the Devils, who have lost nine straight games. On top of that, the Devils played on Saturday afternoon while the Flyers rested after splitting a back-to-back against the Rangers.

New Jersey has been a mess since trading Kyle Palmieri and Travis Zajac at the trade deadline. Hell, they’ve been a mess all season long. The Flyers should be looking to close out the season strong with enough young players in the lineup to keep the team hungry.

I’m locking in the Flyers here on the money line and the puck line as well. Eight of the Devils’ last nine losses were by multiple goals. The only outlier was a 7-6 loss in which the Devils nearly erased a 6-0 deficit in the third period. New Jersey will be fatigued and the Flyers are a strong third-period team.

The Flyers haven’t done a lot right this season, but they’ll win tonight with ease.

In our third and final East Division game of the day, the Rangers try to keep their slim playoff hopes alive against the basement-dwelling Sabres.

The Sabres are coming off a win against the Bruins and are 4-3-1 in the past two weeks. They’re inching up the standings after a record-tying losing streak. Buffalo has wins against the Capitals, Penguins, and Bruins in their past six games. There’s no reason why they can’t beat the Rangers and +235 is a generous line.

Now, the Rangers could easily run the Sabres out of the barn, but they should never be -300. They have the talent to win, but are inconsistent and could also just get a few unlucky bounces.

Our final game of the night takes us down to Florida as the Lightning host the Blue Jackets.

Now the Lightning are a team worthy of a -300 line, especially against the Blue Jackets.

Columbus has lost eight in a row, 11 of their last 12, and 15 of their last 17. Andrei Vasilevsky, who should start on Sunday night, is 27-8-1 this season. That difference in record alone should be enough to lock in the Lightning.

Tampa Bay is battling for playoff position atop the Central Division. They currently sit in third but are just three points out of second and four points out of first. Every game matters for them while the Blue Jackets are just waiting for their season to end.

The Lightning beat the Blue Jackets 3-1 on Thursday night and should sweep the two-game set tonight. Bet Tampa Bay on the money line and puck line.