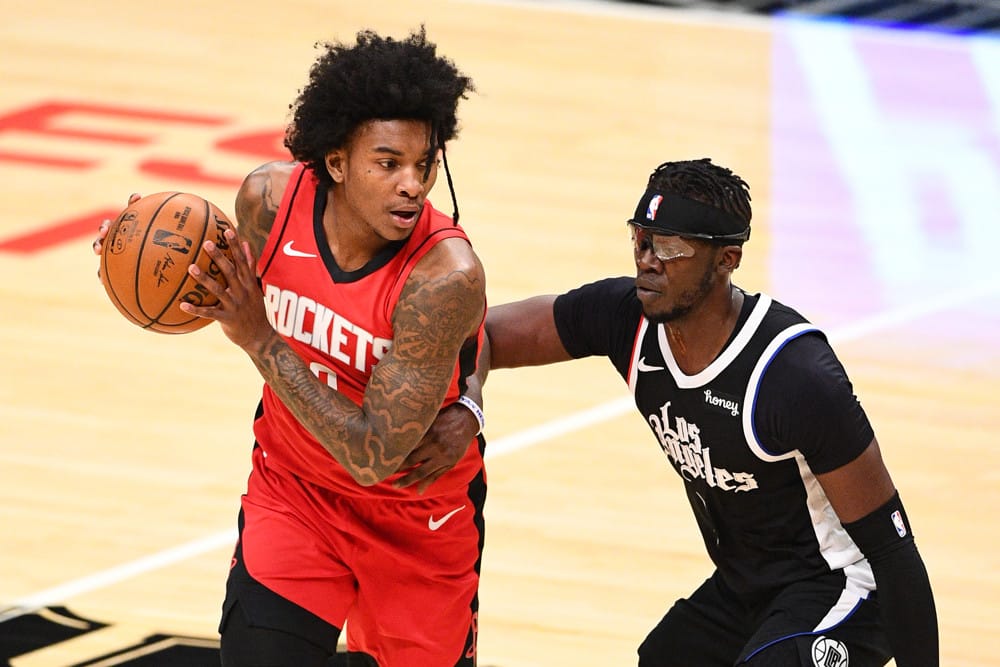 I went 3-0 on last Wednesday’s NBA player props post and 6-0 over the last two weeks! I hope to continue the momentum tonight. The NBA schedule features 12 games tonight and plenty of player prop opportunities. In this article, I will give my three best bets for tonight and an additional bonus parlay I also cashed last week!

All odds and lines are courtesy of PointsBet!

Kevin Porter Jr. is flying under the radar for the Houston Rockets and looking like a piece they will build around for the future. Over the last 10 games, KPJ averages 15.4 points per game on close to 40% shooting. However, KPJ has exceeded the 15 points mark in four of the last five games. Furthermore, the Utah Jazz allow 27 points per game to the shooting guard position over the last two weeks. These two teams matched up on March 13th and KPJ scored 27 points in that game without John Wall and Christian Wood.

The Suns take on the Sixers tonight on the road and if the Suns are going to win this game tonight it will be on the leadership of CP3. The Sixers are one of the top defensive teams in the league and I expect CP3 to take command of the offense and get the Suns players in the right spots tonight. In addition, the Suns and Sixers matched up earlier this season and CP3 dished out 10 assists in that matchup. In fact, CP3 has exceeded nine or more assists in five out of the last six games.

What can I say about Westbrook – he fills up the stat box every single night. In fact, over the last 10 games Westbrook averages 13.6 rebounds. Furthermore, in a previous matchup this season against the Warriors, Westbrook grabbed 14 rebounds. I expect there will be more opportunities for Westbrook tonight because the Warriors are lacking a true big man. Thus far in the month of April, Westbrook has exceeded 13 rebounds in 8 of the 11 games.

Bonus Parlay of the Night!

The Indiana Pacers will be without Domantas Sabonis tonight and I don’t that the market is adjusting for his absence. I know the Thunder are in midst of a big losing streak but I don’t think the Pacers have enough to win by 10+ points tonight. The top two offensively efficient teams over the last 10 games meet tonight in LA. Despite the Clippers not having Kawhi for at least a week I believe this number is conservative to me. In fact, the Grizzles are 8-1 to the Over in the last nine games.