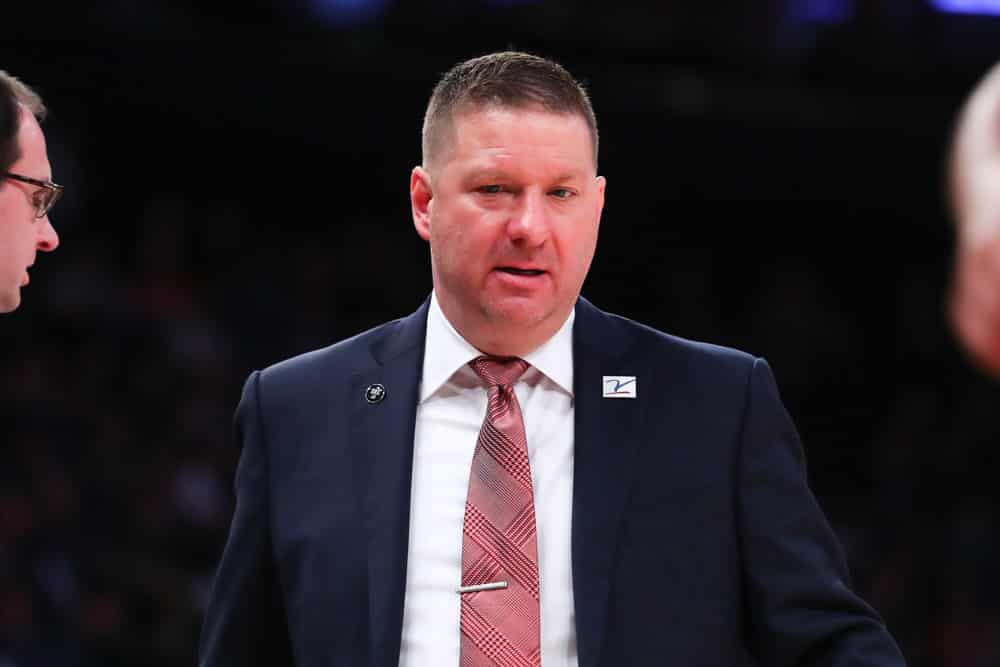 The college basketball coaching carousel has been in full swing in the last several weeks. Several big-name programs have changed coaches, including multiple Blue Blood programs. Many coaches who changed schools or landed their first head coaching gig will take time to build the program. Success may not come immediately.

But for others, winning is expected out of the gate. But which of these coaches has the best shot of actually breaking through in the first season and making the Final Four? Let’s look at the top candidates.

All odds provided by PointsBet.

Instead of waiting for Texas to decide on his future, Shaka Smart decided to leave Austin for Milwaukee and become the next head coach at Marquette. Smart has Final Four experience from his time at VCU.  But he was unable to ever lead Texas to the same heights. At Marquette, Smart will be taking over a club that went just 13-14 last season, but there may be reasons for optimism.

In terms of returning players, Marquette will be waiting on bated breath for the decision from last year’s returning scorer Dawson Garcia, who will test NBA waters but is not hiring an agent. But even without Garcia, key contributors DJ Carton and Justin Lewis will be back to help steady the ship.

Ultimately, Smart doesn’t have a Final Four contender on his hands but any means. However, a trip to the NCAA Tournament in his first season doesn’t seem out of the question.

In many ways, Mike Woodson was a head-scratching choice as the next coach of the Indiana Hoosiers after Archie Miller was let go. Although he is an Indiana alumn, Woodson is 63 and is known primarily for his coaching experience in the NBA where he previously led the Atlanta Hawks and New York Knicks.

But Woodson has steadied the ship thus far, keeping many of Indiana’s key contributors from a season ago. The Hoosiers are keeping All Big-Ten Second Team standout Trayce Jackson-Davis, guard Rob Phinsee and forward Race Thompson.

Woodson also managed to keep former Pitt standout Parker Stewart from leaving in the transfer portal. He also has a few scholarships remaining to try and take advantage of the portal himself.

It remains to be seen how successful Woodson will be in his transition from the pros to the college game. But Woodson and his staff will be walking into a much better situation in his first season at the helm than many would have originally predicted when his hiring was announced.

With Arizona’s NCAA Tournament ban over and Sean Miller now gone from the program, Wildcat fans are eager for a fresh start.

They will get one with former Gonzaga assistant Tommy Lloyd. In his first head coaching job, Lloyd will have an extremely talented group if he can convince at least most of his top players to stay put.

The Wildcats have already been hurt by the departure of last year’s leading scorer, James Akinjo. But Azuolas Tubelis, Benedict Mathurin, and Jordan Brown are all potential key returners that Arizona will be hoping to keep around.

Lloyd is also known as an outstanding recruiter. and his resources will only improve moving from the WCC to one of the premier programs in the PAC-12. While it may take some time to build a top recruiting class, he can utilize the robust transfer portal to keep Arizona competitive in the immediate future, which he has already begun to do after the commitment of former Gonzaga center Oumar Ballo on Monday.

In his short stint at Texas Tech, Chris Beard showed time and time again why he is one of the best coaches in all of college basketball. Now, Beard will be looking to take Texas to the Final Four, just as he did with the Red Raiders in 2019.

Smart money is on Beard doing just that with the Longhorns. But can he make Texas a second-weekend contender right off the bat? The 2019 AP Coach of the Year is certainly is putting in work already to ensure that is the case.

The Longhorns will also bring back some talent from last year’s team that earned a No. 3 seed in the NCAA Tournament. Guards Andrew Jones and Courtney Ramey, both double-digit scorers from a season ago, announced they will be back in Austin.

Beard has consistently delivered during his time at Texas Tech and Little Rock. That should only continue with a bigger program at UT. While expecting a Final Four run in his first season is likely a stretch, you can certainly expect the Longhorns to be an NCAA Tournament team in Beard’s first season.

Hubert Davis has the unenviable task of replacing a legitimate legend without any prior coaching experience in Roy Williams. But it’s hard to argue that any coach in the country is walking into a better situation in their first job than Davis in Chapel Hill.

Carolina is likely going to be a preseason Top 25 team despite losing the like of Garrison Brooks and Day’Ron Sharpe, as they are set to return many key contributors from a season ago. The Heels will have a talented backcourt led by dynamic point guard Caleb Love and sharpshooter Kerwin Walton. The frontcourt will get a huge boost if and when Armando Bacot announces his return.

The ACC figures to be strong again next year. Duke, Virginia Tech, Florida State, Louisville, and Syracuse will be among the teams likely to challenge for a conference title. But Davis’ Tar Heels should be firmly in that mix as well, and that makes him the best positioned of all first-year coaches to make a serious run at the Final Four.