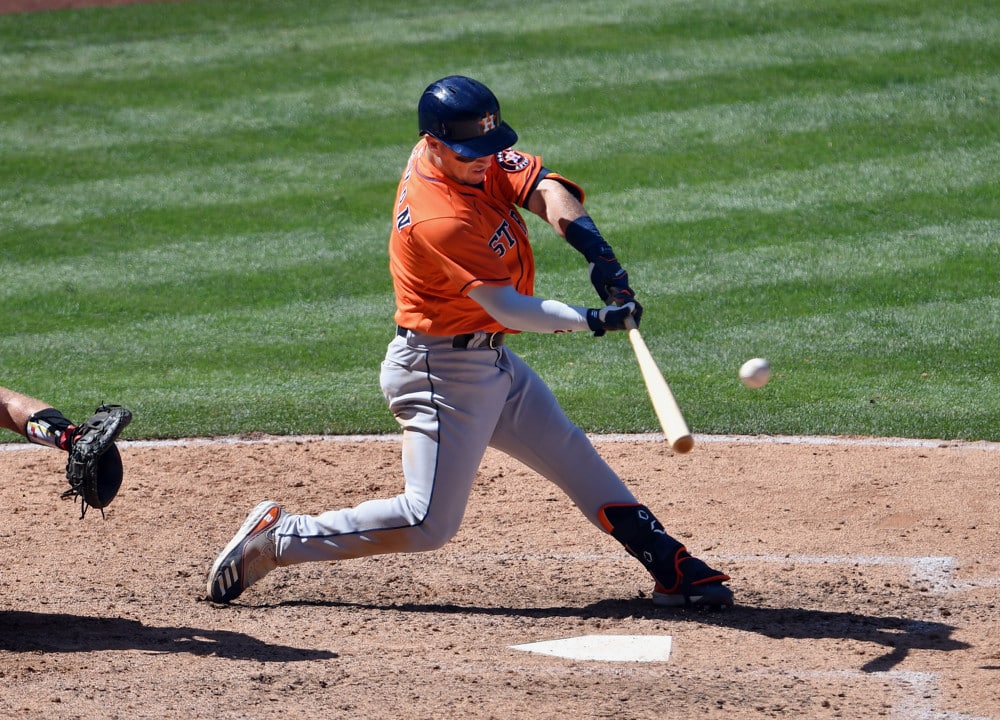 The baseball season is in full swing so there is no better time to get down on some MLB prop bets.  I am excited about this season and hope I can have a profitable season betting player props. There are a few surprises and disappointments so far this season. The Friday night schedule has some profitable angles for props so let me dive right into it. In addition, keep in mind the stats so far do not have much of a sample size so I would start the season betting with a lower unit size.

All Lines courtesy of PointsBet

Bregman is off to a fast start this season for the Astros. In fact, Bregman has recorded a hit in six of the first seven games for Houston. Furthermore, the Astros are 6-1 so far this season. Sean Manaea gets the start for the A’s tonight. The Astros faced Manaea in the third game of this season and Bregman recorded two hits against him. I expect Bregman to continue to have success against Manaea tonight.

Think you know who the best team is in baseball? Check out the latest World Series odds.