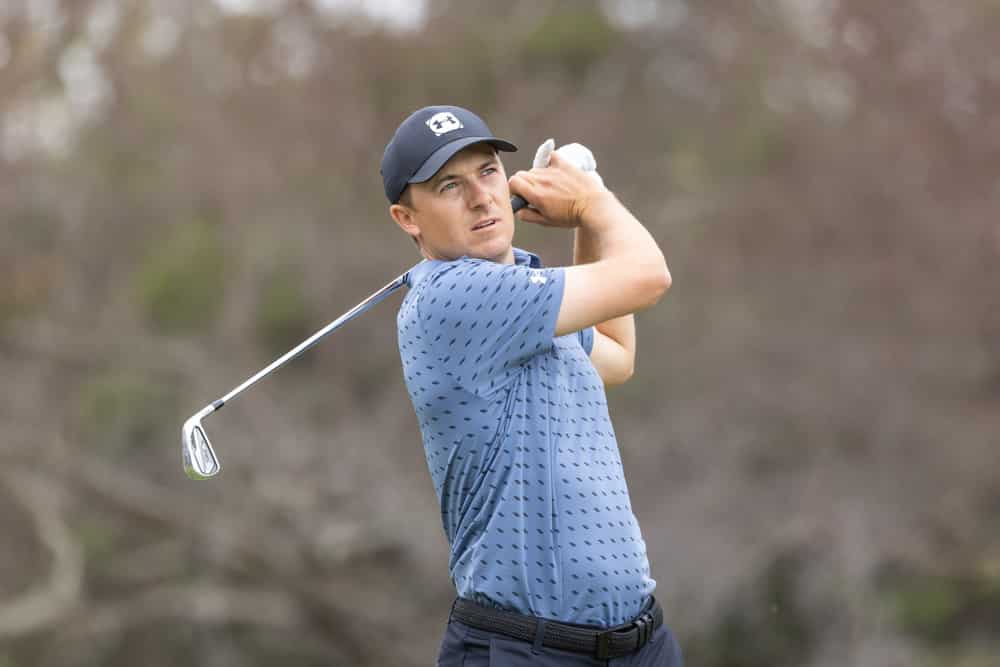 Welcome to the Super Bowl of golf, The Masters. A tradition unlike any other returns to its normal position in the calendar. The Masters takes every shot live to a new level with its unmatched coverage. We’re going to have 4 screens going all weekend to catch the action on the Masters app. With a smaller Masters field, and top 50 and ties making the cut there will be plenty of 6/6 DraftKings lineups. So targeting players who will climb the leaderboard is more important than making the cut. We have you covered right here.

Augusta National needs no introduction, but the course will play slightly differently than our article in November.  A par 72 playing nearly 7,500 yards, Augusta is still a second-shot golf course with added distance off the tee being important. We’ve seen players of differing skill sets be able to climb the leaderboard at this event. The course will be much drier than in November allowing the greens to play even faster. Not to mention the grounds crew took offense to that -20 DJ hung on them. Course history is more important here than anywhere else, so be sure to check out guys with continued history. Keep in mind, as with other majors, the cream always rises to the top.

Patrick Cantlay is one of the most consistent golfers out there. The MC at The Players does not concern us. As a top ten golfer in the world, Patrick Cantlay is due to win himself a major, and why have it be a green jacket? He was 19th last year and 9th in 2019. Not only does he have the course history, but prior to the Players Championships, Cantlay had gained 4.6 strokes T2G. Starting your lines up with Cantlay allows for a well-balanced team avoiding the volatile 6k range.

We’ve had our eye on Jordan as your 2021 Masters champion since he began his resurgence in February at The Waste Management. On Sunday, Spieth put an exclamation point on his come back by winning the Valero. The win hangover does not scare us one bit, Jordan has his sights lasered in on his second green jacket.  Over the last 8 weeks, Jordan has looked like the #1 player in the world again. In the 6 tournaments he’s played in that time, he is averaging 9.7 strokes gained total with four top-5 finishes. Expect to see the shadow of 22-year old Jordan on the course this weekend when he looked like he was never going to lose a Masters. The now 27-year-old is back and ready to make it back-to-back wins.

The 23-year old Korean arrived in Augusta for the first time in November and finished 2nd, gaining 14 strokes on the field. Since then your 2019 Rookie of the Year added two more top-10s (TOC and Honda) and a slew of top-40 finishes to his young resume. In that stretch, he is gaining 2.9 strokes off the tee and 2.9 strokes putting while losing 0.5 strokes with approach and around the green. His short game has never been a strong suit so it is encouraging to see his hard work pay off. We expect those irons to snap back to his usual level of performance. The course will play slightly differently than when Sungjae was here in November, but we feel he will be able to navigate the course much the same.

Paul Casey has been playing exceptionally well since the New Year. He won the Omega Dubai Desert Classic and four top finishes including a 5th place finish at the Players Championship. Popeye has gained 6.1 strokes T2G, 3.7 APP, and 2 ARG in his past 5 events. Casey is known to be a poor putter, but his best surface is bent, which is what we will see this weekend. Add in three top 6 finishes in the past 5 years. Casey is a great play this weekend.

Abe Ancer is a great value play for $7,400. He took 13th last year in his first appearance with bent grass being his preferred putting surface. Since January he has finished in the top 25 in all tournaments, outside the Genesis Open. Although Abe may not win this week, another top 20 finish will do wonders for your DraftKings lineups for this week’s Masters.

Si Woo made our list of plays in November and did not disappoint finishing 34th. We’re going right back to the Korean sensation for the 2021 Masters. Since then, he demonstrated his win equity at the AmEx with a victory over Cantlay in dominant fashion gaining nearly 19 strokes to the field. He played excellent last week at Valero finishing 23rd and gaining strokes in every major category. In his last ten events he is gaining 0.7 strokes off the tee, 1.8 shots on approach, 0.6 around the green, and 0.2 strokes putting. What’s his favorite putting surface?  Bentgrass. Priced at $6,700 with serious win equity, look no further than Si Woo to round out your Masters DraftKings lineups.