Baylor’s Road To The Final Four, Chances Of Winning It All, Predictions 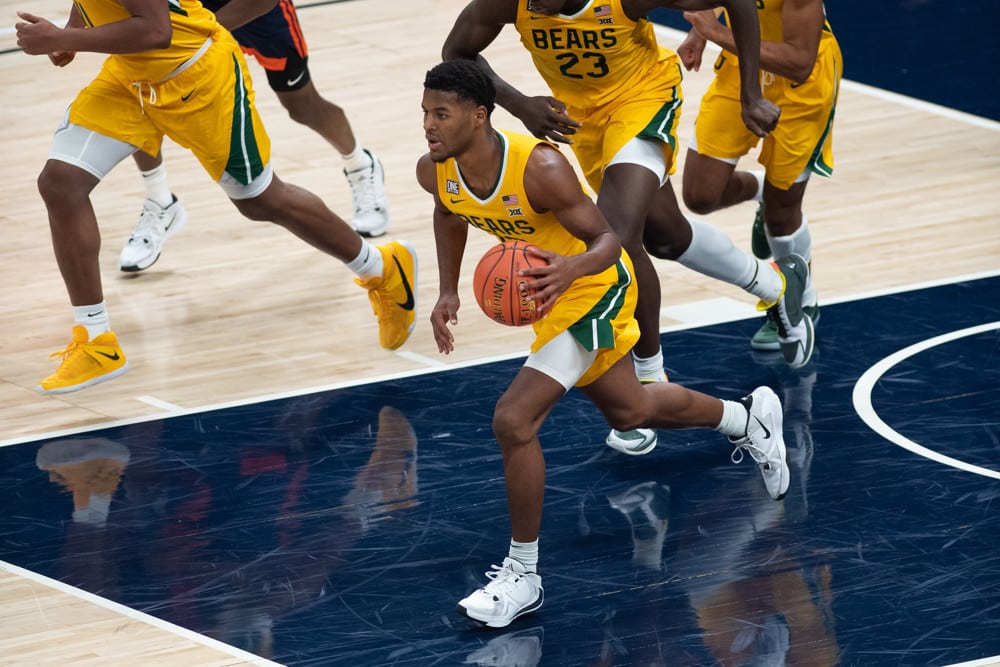 The Baylor Bears were able to regain the form they displayed in January (when they looked like a top two team in the country) on their road to the Final Four. After a three week COVID break in February, Scott Drew’s squad was sluggish in their return and entered the NCAA tournament with a lot of doubters questioning how far they could advance. In the South bracket specifically, Ohio State, Purdue and Villanova were popular picks to make it out of the region instead of the 1-seed Bears. Baylor’s mettle was on display in wins over Hartford, Wisconsin, Villanova, and Arkansas and now have a shot at winning their first-ever NCAA championship.

Baylor’s Road To The Final Four:

A slow start in the first round against the 16-seed Hartford Hawks didn’t help erase people’s concerns . Eventually, Baylor pulled away and won by more than 20 but certainly didn’t look dominant in the process. The more impressive performance was against an overmatched Wisconsin team in the second round. See my Sweet 16 preview which details these games in more depth.

After two wins to reach the Sweet 16, public opinion on Baylor was improving and most thought the Bears would take down the Collin Gillespie-less Villanova Wildcats. However, an ugly shooting first half found Baylor down by seven at intermission. In fact, for the game, Baylor only shot 3-19 from beyond the arc. With their bread and butter being neutralized by a tough Villanova defense, the Bears decided to drive the ball to the basket instead of taking contested jumpers. The change in their offensive mindset resulted in an unexpected eight-point advantage over ‘Nova in points in the paint for the game.

In addition to pounding the rock inside, Baylor increased their defensive pressure on Villanova in the second half. This culminated in a stretch of the game where Baylor forced five turnovers on five straight Villanova possessions. At the end of the day, Baylor limited Villanova to only 21 second-half points on their way to an 11 point victory and a trip to the Elite Eight vs Arkansas.  See highlights here: 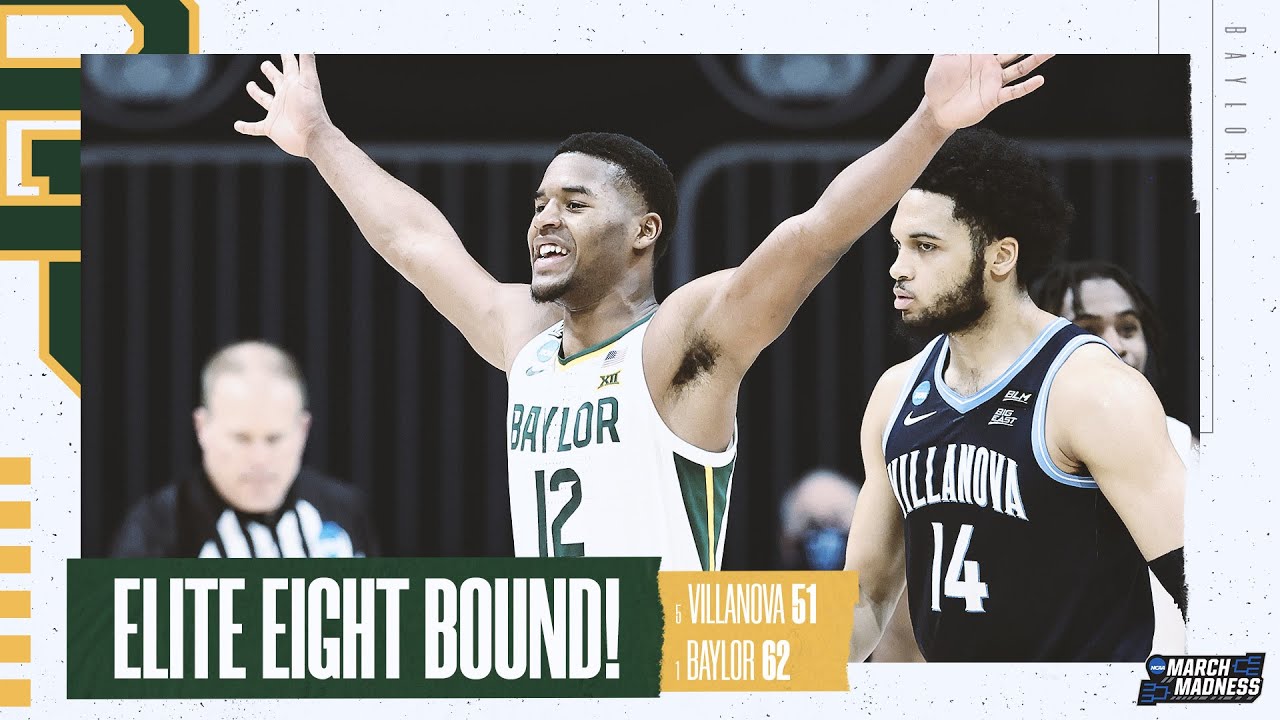 With Baylor really hitting their stride, The Razorbacks never threatened the 1-seed. With just over 4 minutes elapsed in the first half, the Bears were already up 12 and never looked back. Baylor might have the 3rd highest ranked offense in the nation, but the defense in March, especially on the perimeter, has been suffocating. The Arkansas backcourt shot 5-17 for the game and as a team, only shot 27.3 percent from three. Meanwhile, Baylor’s electric backcourt of Jared Butler, Macio Teague, and Davion Mitchell combined for 48 points and 11 assists with only four turnovers. On to the Final Four… 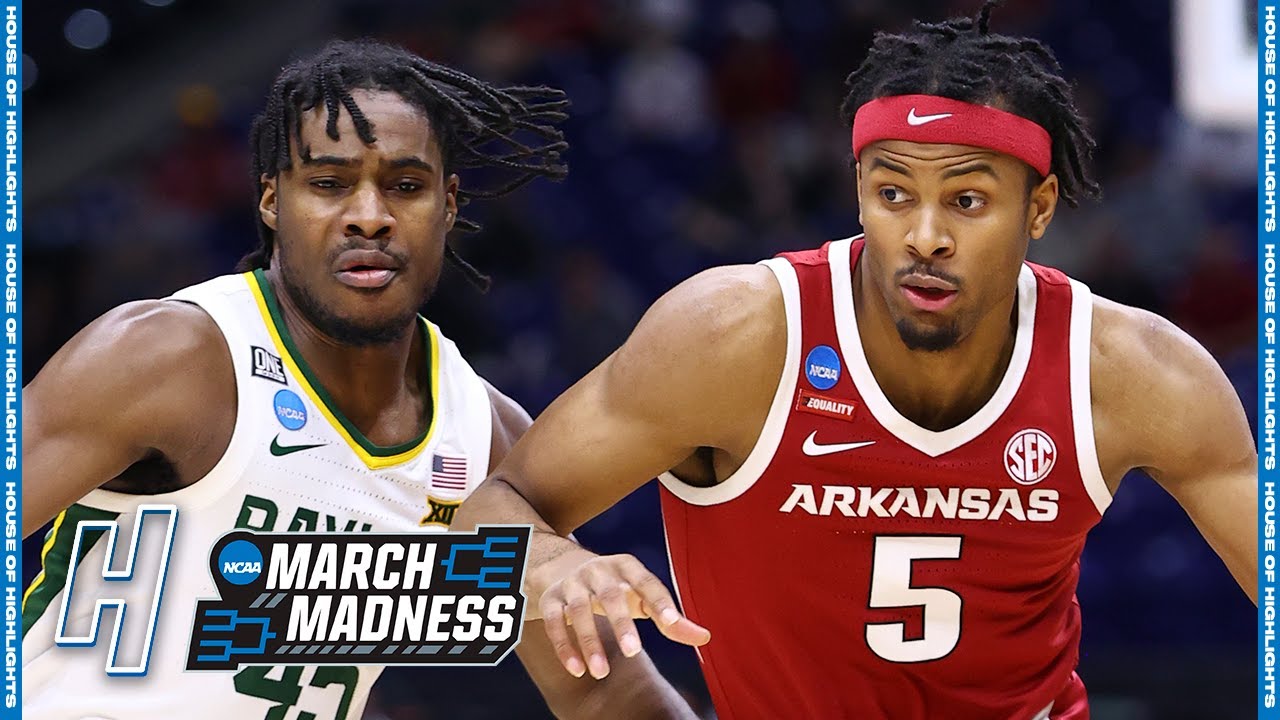 Baylor’s Chances Of Cutting Down the Nets:

Look, Gonzaga is obviously the odds-on favorite to win the National Championship, but Baylor isn’t too far behind. As I mentioned in my first preview of the South region, it was Baylor’s bracket to lose. Now that they’ve advanced to the Final Four, an in-state matchup vs the Houston Cougars looms. There are a lot of similarities between the two teams. Both are perimeter-oriented and have guards who can absolutely fill it up offensively while also playing lockdown defense.

If Baylor can get past Houston, it will presumably face Gonzaga (who should beat UCLA). This game was supposed to take place in the regular season on December 5th but was cancelled due to COVID. While Gonzaga certainly seems like a juggernaut, you’d have to give Baylor the edge in the backcourt. Remember, guard play wins in March. If Baylor gets hot from beyond the arc and makes things tough on Jalen Suggs and company, they have a chance.

On the season, Baylor has only lost twice. Once to Kansas in late February in their second game back from the COVID break and once to Oklahoma St in the Big 12 Tournament. In both games, Baylor shot below 25% from three (12 of 54 combined). On the season, Gonzaga limited opposing teams to 31.9% from three which only ranked 81st best in the country (It should be noted that Houston was 5th best in the country limiting opponents to 28.3%). It might sound simple but Baylor will go as far as their guards take them. They can’t go cold from the perimeter and expect to beat Houston or Gonzaga like they did Villanova.

Baylor will beat Houston. It will be a tough game against two hard-nosed teams, but Baylor is more talented and deeper. Don’t forget about Adam Flagler and Matthew Mayer who come off the bench for the Bears. If one of Houston’s big three (Sasser, Grimes, and Jarreau) is off or in foul trouble, the Cougars are in trouble. These guys have all been playing 35+ mins of late with not much help coming off the bench. It’s been a nice ride for Houston, but Baylor pulls away in the 2nd half and wins by five or six.

Over the course of this crazy season, Baylor and Gonzaga have been the two top teams in the country. It’s only fitting for the two to battle for the National Championship. It should be a helluva game, but nobody is beating the Zags this year. Gonzaga is without weakness. When it’s all over, Scott Drew will have taken Baylor further than the university has ever been before, but they’ll fall a little short of cutting down the nets.