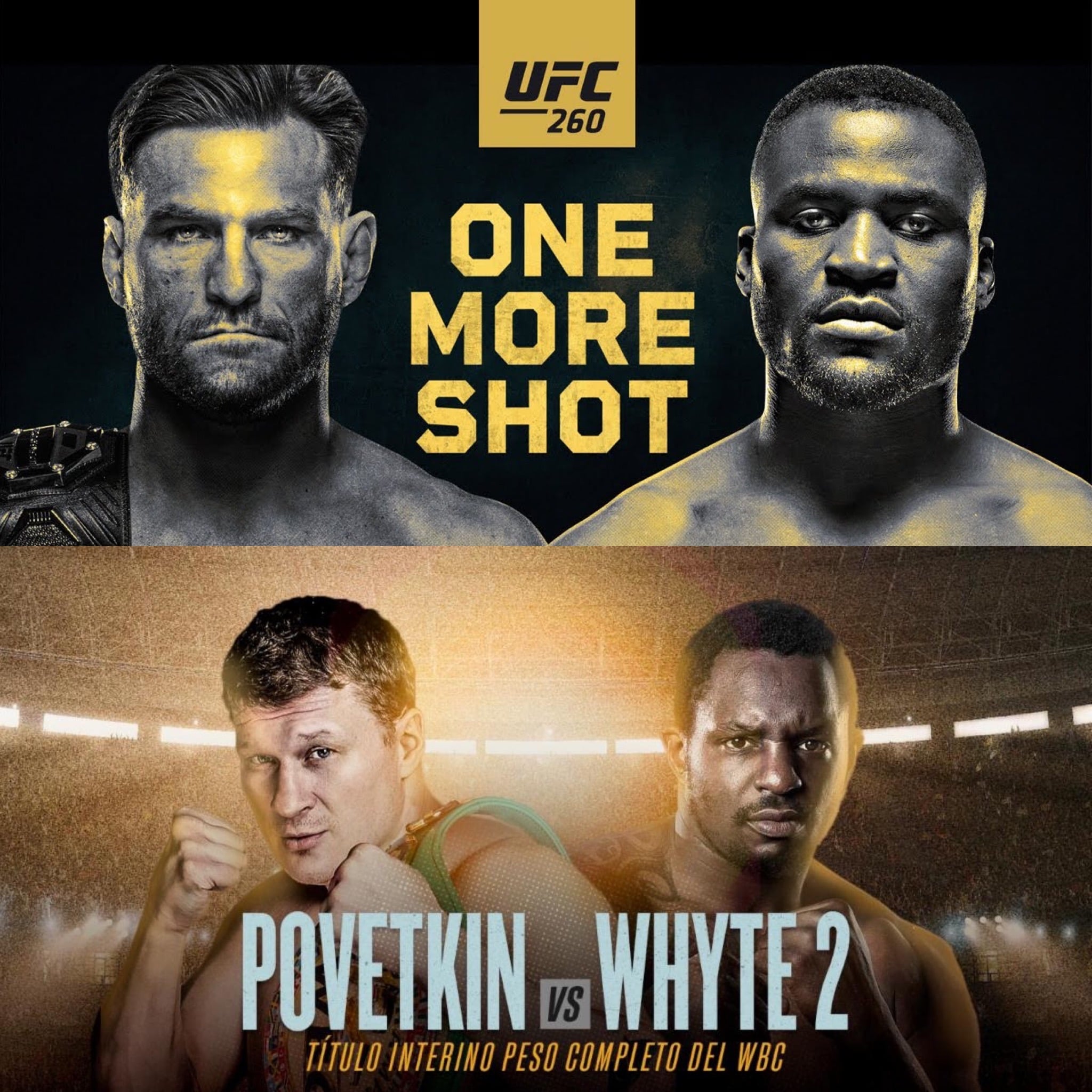 UFC 260 is headlined by the heavyweight championship rematch between Stipe Miocic and Francis Ngannou, with Ngannou looking to avenge his loss and take the championship off Stipe. Dillian Whyte, meanwhile, is also out for revenge after being was knocked out by a stunning punch in the 5th round, having knocked down the Russian twice in the previous round.