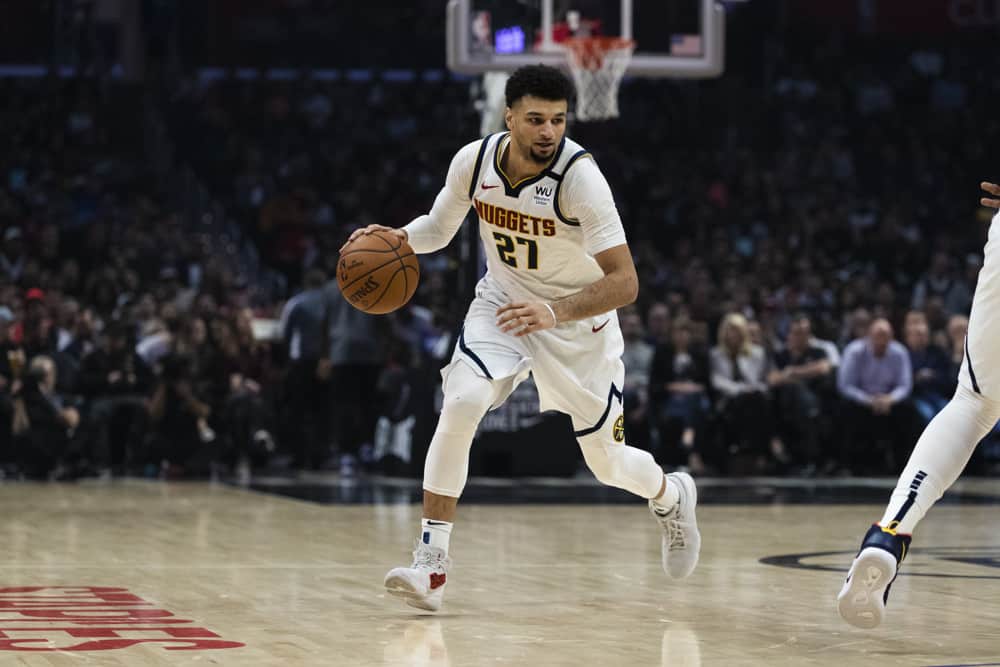 There are 11 games on the Friday night NBA schedule and why not highlight my three player prop best bets. The schedule has a few exciting games. Tonight features some exciting matchups. The Boston Celtics visit the Milwaukee Bucks, the Phoenix Suns visit the Tampa Bay Raptors, and the Denver Nuggets meet the New Orleans Pelicans. In this post I will highlight my three player props best bets.

This is my favorite Friday player prop best bet for tonight. Murray averages 21.1 points per game this season. However, these two teams matched up on March 21st, and Murray scored 23 points on 9-16 shooting. Furthermore, the Pelicans three point defense is one of the worst in the entire league post All-Star break. In fact, the Pelicans allow 15 made three point field goals since the All-Star break. Over the last two weeks the Pelicans defense allows 37.3 points per game to the point guard position. Lastly, Lonzo Ball, the Pelicans best perimeter defender will be out tonight with an injury.

🎥 Watch some of Jamal Murray's 🇨🇦 TOP PLAYS from this season so far!

Watch Denver and Toronto TONIGHT (7:30 PM/ET, TSN) in the Game of the Week presented by Bell. pic.twitter.com/gu1hy9jlzi