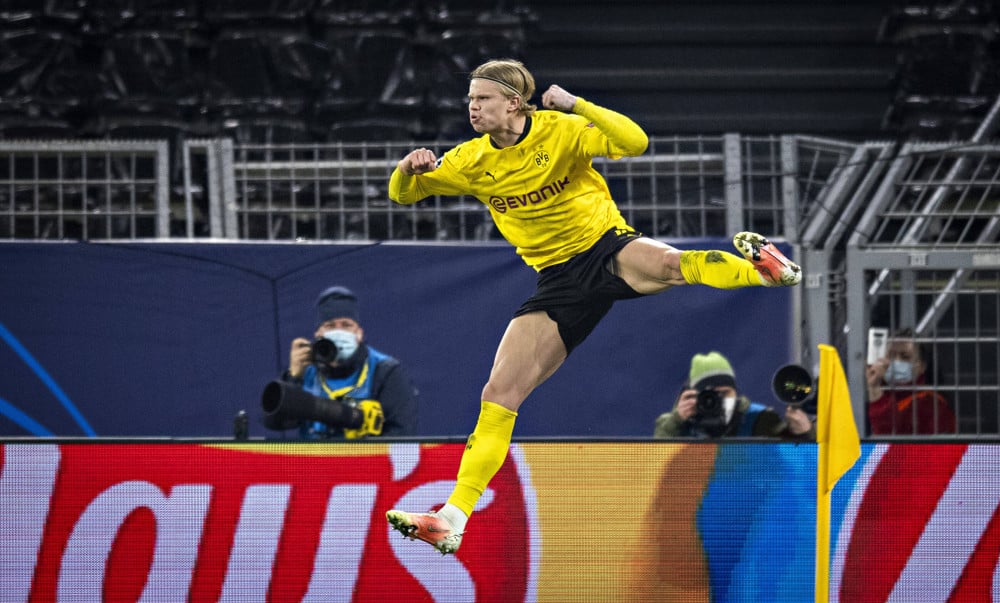 For the first time in 16 years, there will be no Lionel Messi or Cristiano Ronaldo in the 2020/21 UEFA Champions League‘s quarter-finals. Messi’s Barcelona lost 2-5 on aggregate to an inspired PSG, while Ronaldo’s Juventus lost to 10-man Porto.

Two sides – Manchester City and French Champions PSG will look to win the only cup that seems to be missing in their cabinet since their turn of fortunes at the turn of the new century. But they have tough routes to navigate. There are some quite appetizing duels to come, and online casinos Canada will be flooded with punters.

We look at the predictions for all four quarter-final ties.

Pep Guardiola’s City are hot favourites over Dortmund, who currently sit outside the top 4 in the German Bundesliga. City have pulled away from the rest of the pack in the English Premier League and are set to recapture the title they lost to Liverpool last season.

For Guardiola, who has won the UCL before with Barcelona and Bayern Munich, winning it for the Etihad faithful will be a dream accomplished. It is the one title that has been elusive for the Citizens after their big-money takeover more than a decade ago.

Dortmund are an unpredictable side, boasting some of the world’s brightest prospects. In Erling Haaland, they have a natural goal-scorer. The Norwegian prodigy has so far scored 20 goals in 14 UCL appearances.

Dortmund’s leaky backline will be their undoing.

When Porto were paired against Juventus in the last 16 of the UCL, many fans expected an easy passage for the Old Lady. We all know what happened. This time, Porto meet Thomas Tuchel’s Chelsea in the last eight of the Europeans elite competition.

Chelsea, on the other hand, had to go past a stubborn Atletico Madrid, the current leaders of the Spanish La Liga. Chelsea won both legs and will be expected to ease past the Portuguese side. Porto coach Sergio Conceicao has built a formidable side for the European competition, with experienced Pepe marshalling their defence aged 38.

Chelsea have started well under the former PSG coach, and you would fancy them to progress.

A meeting between two high-scoring sides could prove the most entertaining tie yet. Bayern have Roberto Lewandowski in terrific form, PSG can back up Kylian Mbappe to deliver upfront, and with Neymar coming back from injury, this could be mouth-watering.

Bayern top the Bundesliga, while PSG had not secured Ligue 1 top spot until this weekend. The French concede too many goals, and against Munich, they face a challenge never seen before.

It is the ultimate battle for UCL specialists. These are two sides who have struggled for form this season but still managed to make it this far in Europe. It is a rerun of the 2018 finals, which saw Madrid beat Liverpool for their 12th title.

Mo Salah is on a mission to even things up with the aging Sergio Ramos after their altercation in the 2018 finals. Benzema is back scoring for Madrid. Liverpool do not have Virgil Van Dijk, Joe Gomez, or Joel Matip, but they have Fabinho, Nat Phillips, and new boy Kabak Ozan at the back. Diogo is back from injury and back to scoring. It is the most unpredictable tie of this stage as both sides have points to prove.