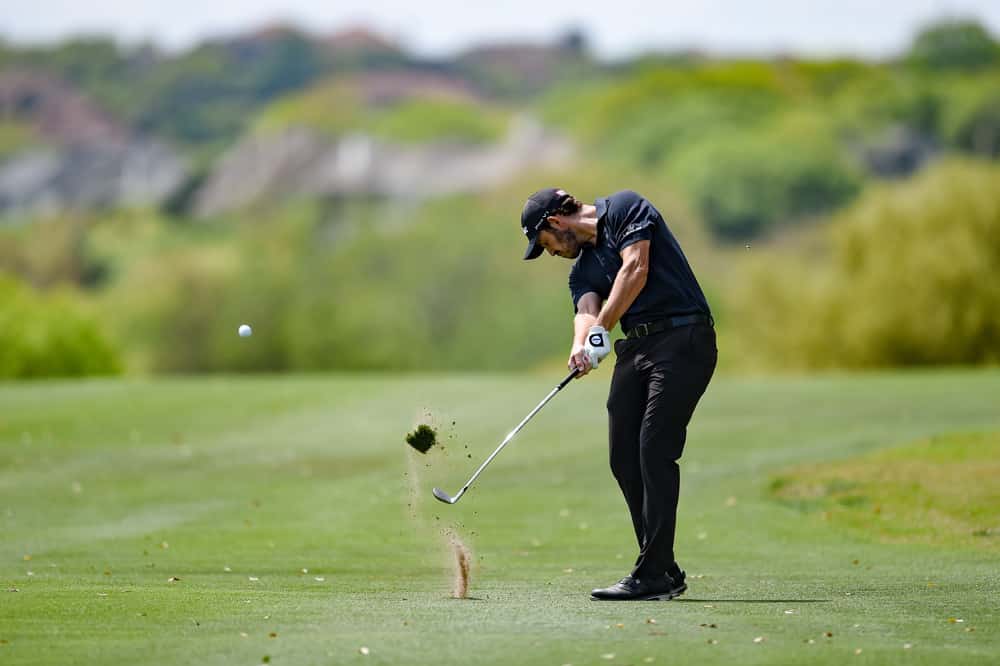 Jon Rahm is a heavy favorite to win Group 3. But he’s struggled with his putter since switching over to Callaway. Since the switch, Rahm is about PGA Tour average with his putter since the Sentry Tournament of Champions. That’s a sharp fall from the big putting performances he displayed during 2020. There are tons of birdie opportunities at Austin Country Club and those will be key to do well in the WGC Match Play. A player who struggles to get the putter going is behind the eight ball.

Ryan Palmer has struck the ball very well in 2021 and has ridden a hot putter from time to time. He faces off with Shane Lowry and Sebastian Munoz the first two rounds before a final showdown with Jon Rahm. Both players certainly could be 2-0 and have their contest be an elimination match. Palmer is quite capable of overwhelming Jon Rahm on the greens with a slough of birdies to take down the group. He’s a great underdog pick at +375 to move onto the knockout stage of the WGC – Dell Technologies Match Play.

Sergio Garcia has fared quite well in the WGC – Dell Technologies Match Play since it was moved to Austin Country Club. He’s won his group twice and never finished lower than 2nd in four appearances. While his putter is a concern, his ball-striking is absolutely on point right now.

The rest of his group is vulnerable. Tyrrell Hatton appears to be coming back down to earth after a very hot 12-month stretch. Lee Westwood showed signs of wear and tear at the Honda Classic and may not have his heart in this tournament. And Matt Wallace has struggled in 2021. That leaves Sergio Garcia to take down Group 8 at +225.

While it appears Patrick Cantlay drew a favorable group, it won’t be the cakewalk some people assume. Both Brian Harman and Carlos Ortiz are tremendous putters who could ride a hot stick for three days and move on in an upset. And if Hideki Matsuyama recaptures his Top 5 form he showed in 2017, he’s a dangerous foe too.

But Patrick Cantlay has so many elite skill sets to win a match. He’s been tremendous off the tee, with his irons, around the greens, and with his putting. He has several ways to compensate for a weak part of his game to take down a match. At +130, he’s a good pick to advance to the knockout stage of the WGC – Dell Technologies Match Play.

Lanto Griffin is a sneaky underdog in Group 11. Rory McIlroy is the big favorite, but he publicly admitted that chasing distance has caused him swing problems. Ian Poulter is a match play god, but that appears to only be in the Ryder Cup. He also may not have the game anymore to win this group.

The main competition for Lanto Griffin is Cameron Smith. Smith has played remarkable golf over the last few months and is a tremendous putter. He has the explosive firepower needed to move onto this tier. But it seems like Cameron Smith is a trendy upset pick. As we all have learned with the other March Madness this month, trendy public picks usually don’t pan out.

Lanto Griffin has been great with his irons and his putting during the 2020-2021 season. He’s more than capable of getting hot for three days to move out of the group. Pick him +500 to unexpectedly move on to the knockout round of the WGC – Dell Technologies Match Play.

Sungjae Im is a frustrating player to bet. At times, he looks unbeatable. At others, he’s dropping like a stone down the leaderboard. But his highs are some of the best in this field and he’s capable of riding an extremely hot putter. That’s a great recipe for success in Match Play.

His competition in this group isn’t tremendously strong. While Russell Henley is a great ball striker, he’s more suited to events where par is a good score. He doesn’t drain a lot of birdies because he struggles with his putting. Victor Perez could surprise this group because he’s a good putter, but he’s also a very weak ball striker. And Marc Leishman appears to have regressed back to the struggles he showed during the summer of 2020.

Sungjae Im should do enough to carry him to the knockout round.

The praise for Ryan Palmer is above. As for Shane Lowry, his irons have not been strong of late and his putting is a massive liability. Over his last 14 rounds, Lowry is losing 0.55 strokes per round to the field on the greens. Players struggling on the greens will miss critical birdie putts, which puts their chances of winning a match in doubt. Palmer should get off to a great start at the WGC – Dell Technologies Match Play with a win over Shane Lowry.

Jason Kokrak +100 over Will Zalatoris

Jason Kokrak is a boom or bust player. He’s a player capable of explosive rounds and lots of birdies but often can ruin one with a devastating hole or two. For stroke play, that’s detrimental. But for Match Play, that’s great. A bad hole is a singular penalty, not a multi-stroke penalty. Conversely, lots of birdies give Kokrak a chance to get up big on his opponent.

He faces off against Will Zalatoris on Wednesday. While Will Zalatoris is a tremendous ball striker, he has struggled at times converting great looks at birdies. He’s great at events that are ball-striking contests and rewards consistency tee-to-green. In putting contests that the Match Play typically is, that isn’t rewarded as much. Pick Jason Kokak to upset Will Zalatoris in Round 1 of the WGC – Dell Technologies Match Play.

As mentioned above, Carlos Ortiz is capable of running white-hot with the putter. While he struggles with his ball-striking, as long as he drives it straight he should set himself up with good looks at birdie. As for Hideki Matsuyama, statistically, he’s not the ball striker he once was and continues to struggle with his putting. That’s a recipe to get upset in a match. Look for Carlos Ortiz to upset Hideki Matsuyama in Round 1 of the WGC – Dell Technologies Match Play.