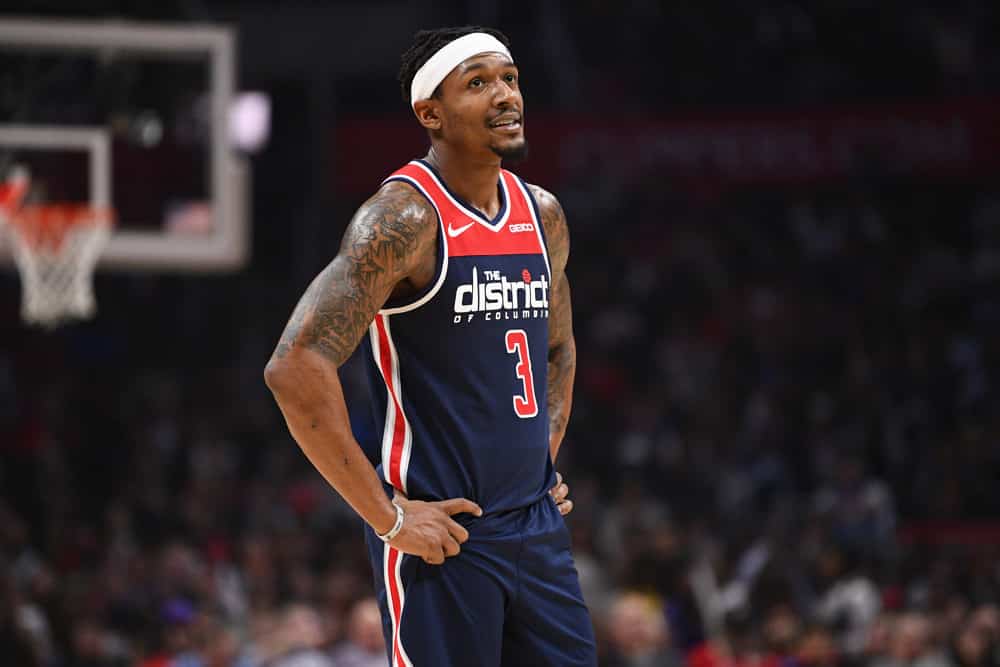 Wednesday night player props are live! We’ve got 10 games on the schedule tonight, including a few marquee matchups featuring the Milwaukee Bucks visiting Philadelphia Sixers, the Brooklyn Nets visiting the Indiana Pacers and the Charlotte Hornets taking on the Denver Nuggets.

I have three player props I love for tonight. Let me get right into it!

Bradley Beal leads the league in scoring this season. Beal averages 32.3 points per game. The Sacramento Kings are one of the worst defenses against the shooting guard position. Furthermore, the total in this game is the highest this season. Also, the Kings are dead last in defensive efficiency. Beal will have an easy time scoring against the Kings defense and should eclipse this number, cashing this player prop.

Jerami Grant is one of the players who is a cash cow on his points total going over. In fact, Grant is averaging 23.4 points per game and over his last 10 games he is averaging 23 points per game. Furthermore, the Raptors
defense has been abysmal. In addition, Raptors are allowing 123 points per game over their last five games. I know the Raptors are missing key player because of health and safety protocols. However, the Pistons scored 129 points in their previous matchup and Jerami Grant did not play in that game. I fully expect Grant to have a successful night scoring the ball.

This number is bit of a head scratcher for me. Luka is averaging 12.3 assists in March. Furthermore, Luka has 12 or more assists in three straight games. In the two games against the Clippers, Luka is averaging 12 assists per game. On Monday night against the Clippers the Mavericks had a great shooting night and I expect Luka to find those shooters again tonight. In addition, Luka dished 16 assists in the previous game.