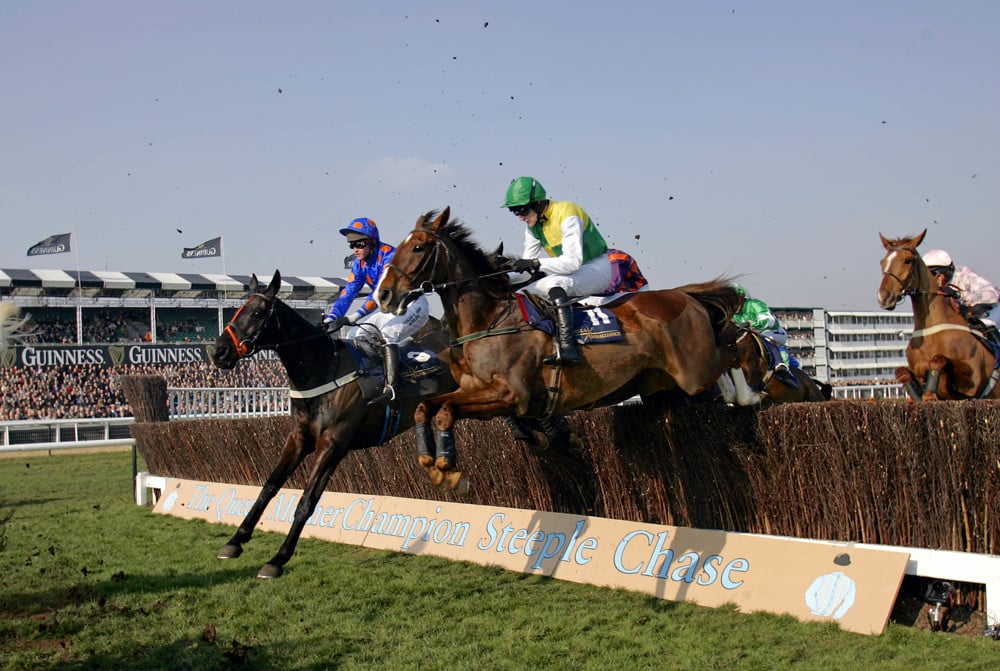 The Cheltenham Gold Cup is the jewel in the crown of British Jumps Racing. First run in 1928, the race is the showpiece of the four-day Cheltenham Festival meeting and is worth over £350,00 to the winner. The Festival is an institution for British and Irish racegoers, normal years seeing over 70,000 punters on track every day. This year the festival is unfortunately being held behind closed doors, but the racing is top class, and backing a winner still pays out. Let’s find it.

Cheltenham Racecourse is set in a stunning natural amphitheatre in the middle-England county of Gloucestershire. The track is beautiful and the festival needs to go on any sport-lovers bucket list. The Gold Cup is contested over three miles and two furlongs and the horses will jump 22 fences. A feature of Cheltenham is the very stiff uphill finish. The ‘Cheltenham Hill’ has seen hundreds of dramatic finishes over the years as horses battle to get home. You want a horse with a bit of character. The weather looks set-fair, good ground will give everybody a chance.

Al Boum Photo – 11/4. Aiming for a remarkable hat-trick in the Cheltenham Gold Cup, Irish runner Al Boum Photo has been aimed at this all season, following the same path that lead to success last year. Trainer Willie Mullins will have him ready for this and he is a worthy favorite. Still young at nine, he held on bravely last year (see below) from Santini. Huge threat.

A Plus Tard – 9/2. This versatile gelding has won over all kinds of distances. The horse also has crucial course form, winning a handicap over two and a half miles at the 2019 festival. Though he stayed on well over three miles on his latest outing, I fear the extra distance and the uphill finish might keep him from winning.

Champ – 9/2. The best of the British contingent, Champ is unexposed having had just five runs over fences. He has solid form over three miles, and as a fresh horse I think there might be enough improvement in him to see him challenge here. He flew up the hill last year to win the RSA Novice Chase (trust me, watch this – it’s spectacular)    This is my idea of the one we want.

Royal Pagaille – 8/1. This seven-year-old novice has improved a ton this season. He’ll need to improve again to factor here, but has certainly earned his crack at the big prize. His jumping will be put under pressure and as a result I think there’ll be other years for him.

Kemboy – 12/1. Another Mullins inmate, Kemboy won the Irish Gold Cup. He was collared close home by A Plus Tard last time and has previously been slightly exposed in this race.

Frodon – 12/1. Ridden by the darling of British jumps racing, Bryony Frost, this combination would be popular winner. Winner of the King George on Boxing Day, Frodon jumps like a stag, however on balance will probably find a couple too good here.

Santini – 12/1. A close second to Al Boum Photo in this last year, Santini has struggled to recapture that form this season and has occasionally looked labored. The horse was soundly beaten last time at Sandown.

Minella Indo – 14/1. This horse looked a live threat before a fall and a disappointing fourth place in the Irish Gold Cup in his last two runs. He has decent course form and was only just collared by Champ at last year’s festival. Before these disappointments Minella Indo looked like the type of horse to do well here, and a bounce-back on quickish ground is a distinct possibility.

Native River – 14/1. Now aged 11, Native River already has three placed attempts in the Cheltenham Gold Cup to his name. He shows no signs of losing his ability or enthusiasm, proof of which was an excellent nine length win in the Cotswold Chase at Sandown last time. Course and distance form are priceless here and I expect a big run.

Al Boum Photo can put his medals on the table as he bids for the hat-trick, but I wasn’t totally convinced by him in his prep race and he looked vulnerable to a closer as they came up the hill last year. Native River is way overpriced and needs to be backed in the win/place/show markets. The Gold Cup veteran has been excellent this season and is certainly one you can trust to run his race. The one we’re going with is Champ. It’s a risk taking the unexposed profile, but he looks a real stayer, and if his jumping holds up I can see him flying up that famous hill to glory.