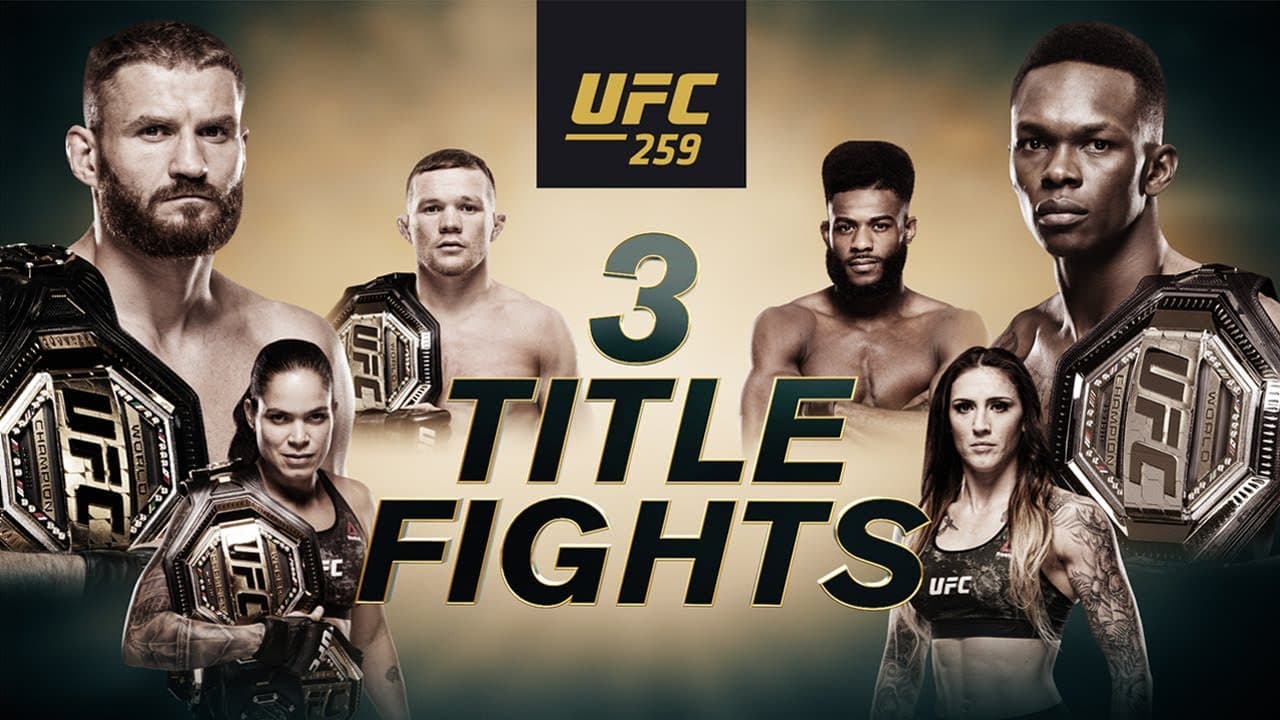 The UFC 259 emanates from Vegas tomorrow night and will be a jam-packed fight card filled with three major title fights, including the return of two-division champion and consensus greatest woman in MMA history, Amanda Nunes.

The show is headlined by a mega-fight between light heavyweight champion Jan Blachowicz and rising middleweight champion Israel Adesanya, who is looking to leave Vegas as a “Champ Champ” and add weight to claim as UFC’s pound-4-pound No.1.