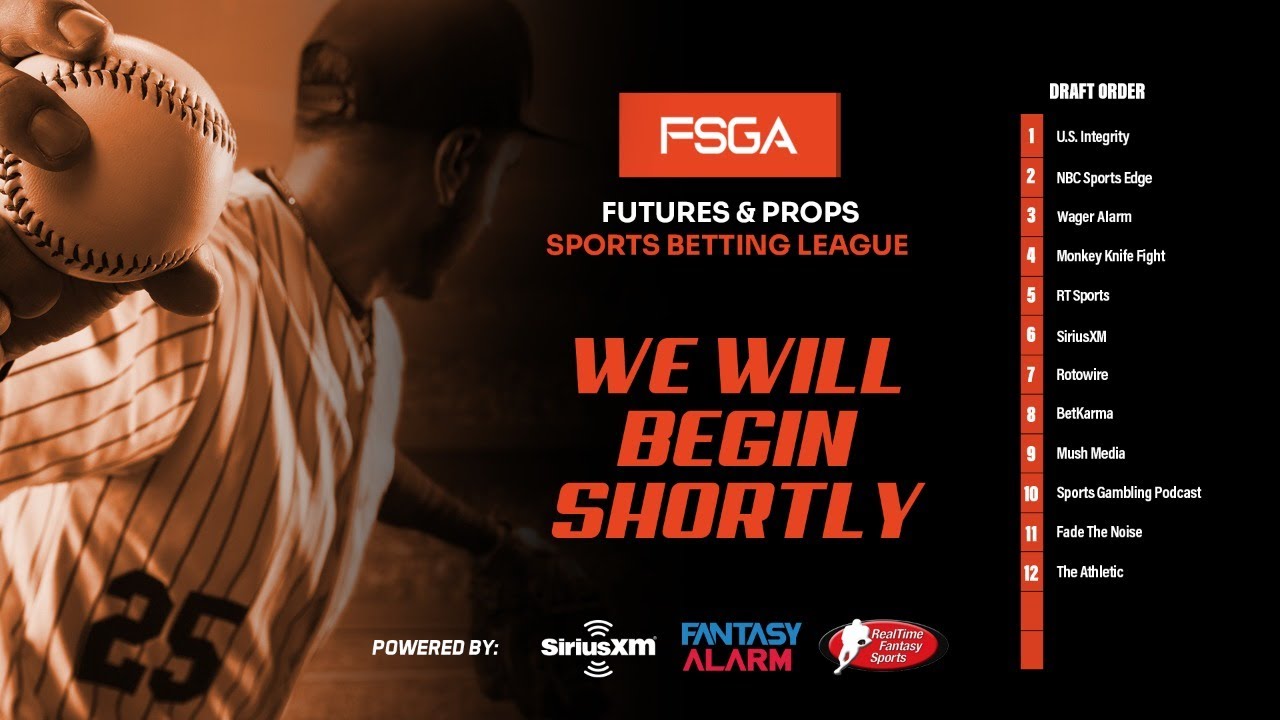 Yesterday the Fantasy Sports & Gaming Association (FSGA) held their FSGA Sports Betting Futures & Pro League Draft. Twelve teams of “experts build a team with a fictional bankroll from a pre-determined pool of props and futures from events across the sports landscape”, is how they describe it. And our benevolent and kind leaders here at the Sports Gambling Podcast Network, Sean Green and Ryan Kramer, were one of these expert teams that drafted live last night on SiriusXM Fantasy Sports Radio (you can watch the draft above).

Before we break down how the boys did, here are a few rules for the league:

1. Each owner will be given a budget of $1,000 to place on bets in a 9-round Fantasy-style snake draft. Each of the 9 rounds will carry a set amount that will be wagered in that round by each owner. The breakdown is as follows:

2. The owners will select bets from a specific set of choices that will be distributed to the owners ahead of time. The bets will be drawn from the major events during the designated time frame. For the inaugural edition being drafted on 2/23/21, the events will go from the date of the draft up until 7/13/21, the scheduled date for the MLB All-Star Game. 7/13/21 will be the end of the contest even if All-Star game is delayed.

4. A bonus 10th round will be held at the end. Each owner will be given an additional $100 to spend on a 3-bet parlay. Owners may select any bet from the original set of choices even if it was selected by another owner during the draft. For simplicity sake, the $100 will be spread equally among the 3 legs of the parlay, no need to weight each one individually. Each leg must be a separate entity (ie, no stacking – you can’t take the Lakers to win the Western Conference and the Finals as two separate legs). League commissioner gets final say on all parlays that involve potential stacking.

5. The final league standings are determined by the total payouts won by the portfolio drafted by each owner. Highest bankroll at the end of the designated period is the winner.

The SGP team was stuck with the 10th drafting slot in this snake draft. Here’s who they came home with:

They went with a “safe” pick in the first round, taking Michigan to make it to the Final Four. But they swung for the fences with their second round pick, taking Villanova at +1000 to win the NCAA Men’s Basketball Championship (they hedged that by drafting Florida State to win the championship later in the draft). Depending on what boards you are looking at, the Wildcats are around the fifth most probable team to win it this year, so it isn’t a huge gamble (KenPom has Michigan ranked as the nation’s third best team; Villanova 11th, Florida State 12th).

Elsewhere on their FSGA roster, they’ve got a safe pick with Zach Wilson going second in the NFL Draft (+60) mixed in with a bunch of big, hopefully live, dogs. None bigger than Tony Finau winning the 2021 PGA Championship at +4000. Finau appears, at this point, to be a longshot, but that’s some sweet, sweet plus money if he comes through. I wonder what the Golf Gambling Podcast hosts have to say about this pick.

For their parlay, the boys took the Michigan and Wilson picks and included Brooks Koepka winning the Masters for a potential +2008 payout.

We’ll have to listen to the Sports Gambling Podcast every episode to see how these picks play out and how their owners feel about their fate.