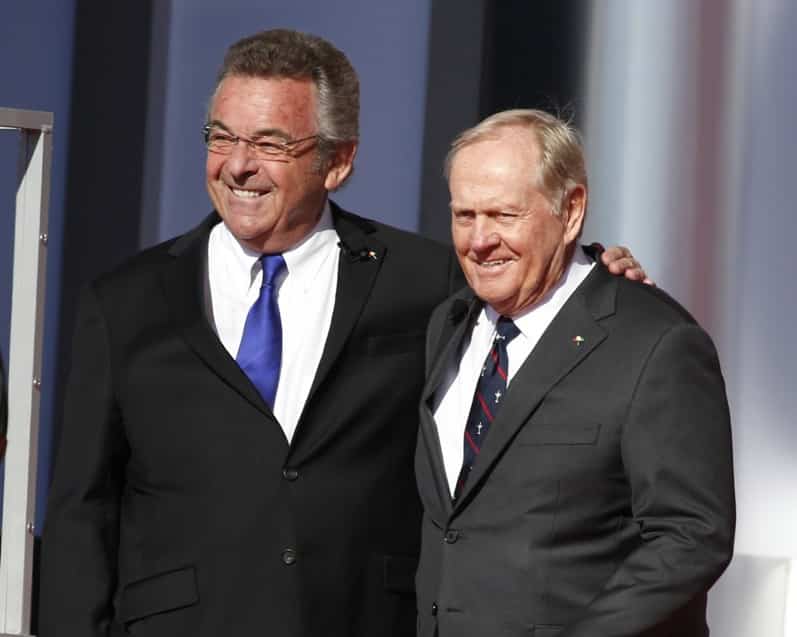 A star-studded field on a golf course none of them have seen in tournament play before. What could go wrong? The world’s best golfers take on the difficult track for the WGC – Workday Championship at The Concession in Bradenton, FL.

As always, here is your early deep-dive and WGC – Workday Championship at The Concession Preview.

WGC – Workday Championship at The Concession: The Field

It’s a WGC with a giant purse on the line. Almost all of the biggest names in golf will make the trip to Bradenton to take on the golf course. Every member of the Top 10 in the Official World Golf Rankings will play this week. They include Dustin Johnson, Jon Rahm, Rory McIlroy, Justin Thomas, and Bryson DeChambeau.

Also in the field are prominent international players who make their season debut in the United States. Among them is Tyrrell Hatton. Hatton is on an absolute tear over the last year. He has won four times in his last 22 starts worldwide and climbed all the way to 5th in the OWGR. There are many qualities to The Concession as Bay Hill, which is a tournament Hatton won last year. He’s certainly a threat to take down another victory.

This tournament has been quite nomadic over the last decade. After Donald Trump’s insensitive comments about Mexican immigrants, the tournament was moved (in the ultimate troll move) from Trump Doral to Club de Golf Chapultepec in Mexico City. While the tournament drew plenty of spectators and did well to promote youth golf initiatives, I speculate that tournament organizers used COVID as an excuse to move it elsewhere. With the new partnership between the PGA Tour and the European Tour, the tournament may enter a new phase of rotating to different golf courses on each side of the Atlantic for years to come.

For this year, the WGC – Workday Championship moves to The Concession Golf Club in Bradenton, FL. The golf course is a co-design from Jack Nicklaus and Tony Jacklin, two pivotal members of the 1969 Ryder Cup. That’s the site of the famous “concession”, which is where the club gets its name. With the match all square, Jack Nicklaus holed out for par and left Tony Jacklin a tough three-footer to halve the hole and the match. Instead, Nicklaus conceded the putt by saying “I don’t think you would have missed it, but I wasn’t going to give you the chance, either”. It is considered one of the greatest acts of sportsmanship. And when Tony Jacklin approached Jack in 2006 to create a golf course to commemorate the moment, the Golden Bear happily obliged.

The pair picked out a wooded wetland southeast of Bradenton, FL. The goal was to create a championship-caliber golf course with the aim of attracting future Ryder Cups and Major Championships. Unfortunately for Jack and Tony, their aim to attract large events up until this point has failed. Both the USGA and the PGA of America have not come close to considering The Concession for one of their major tournaments.

However, Tony and Jack’s goal to create a tough, championship-caliber golf course was met: 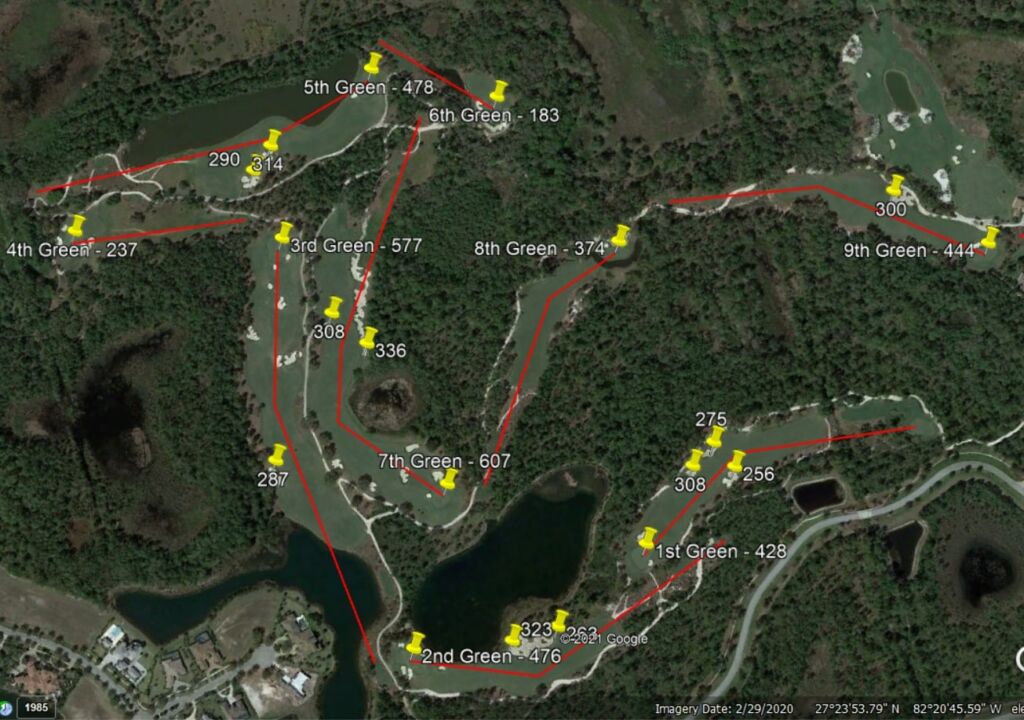 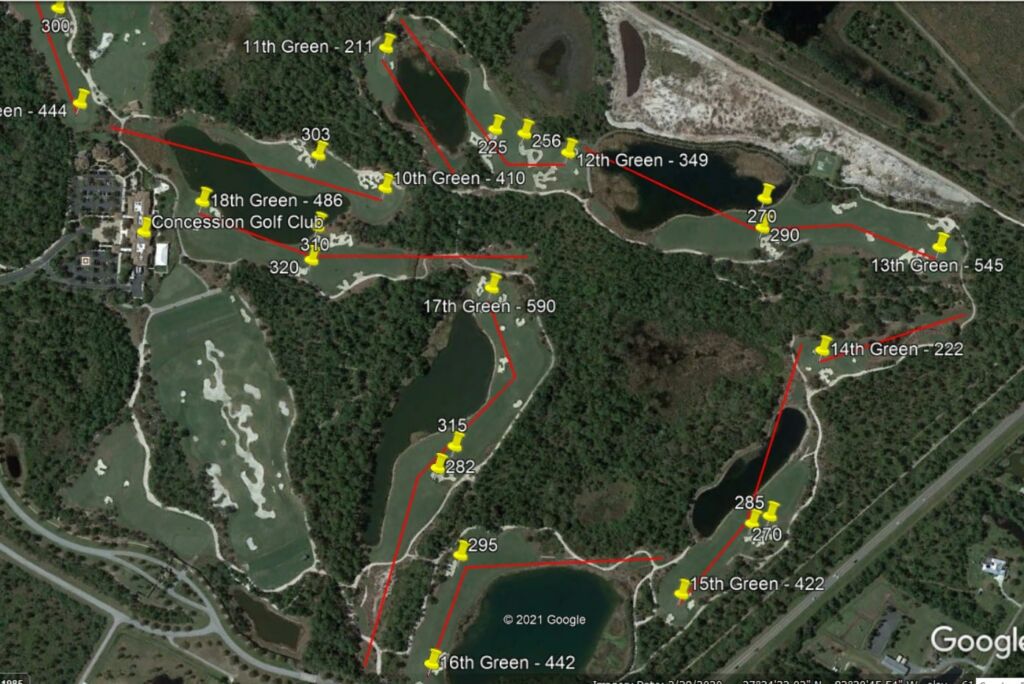 From the Back Tees, the Concession Golf Club is one of the toughest golf courses in America. It stretches almost 7,500 yards from the tips, has a course rating of 77.6 and a slope of 155. To give you an idea of how tough that is, a scratch golfer gets a shot on the six toughest holes on the golf course against their handicap.

Because this is a new golf course for fans and pros alike, the first question is what other golf courses inspired Jack Nicklaus and Tony Jacklin when they created the place. Most of these answers can be provided in this video from the Concession’s opening:

For those who don’t want to sit through a 45 minute commercial for the club, here are the highlights:

There are a few template Par 3’s on the golf course.

Par 4’s: Jack states in the video that he wanted to design the Par 4’s to promote shaping the ball both ways. While Jack loved to hit fades, he created golf courses that required both left-to-right and right-to-left tee shots and approach shots. That’s evident on almost all of the Par 4’s at this weekend’s Workday Championship.

Like the Par 3’s, there are several Par 4’s on the golf course that are templates from other places. Here are a few examples: 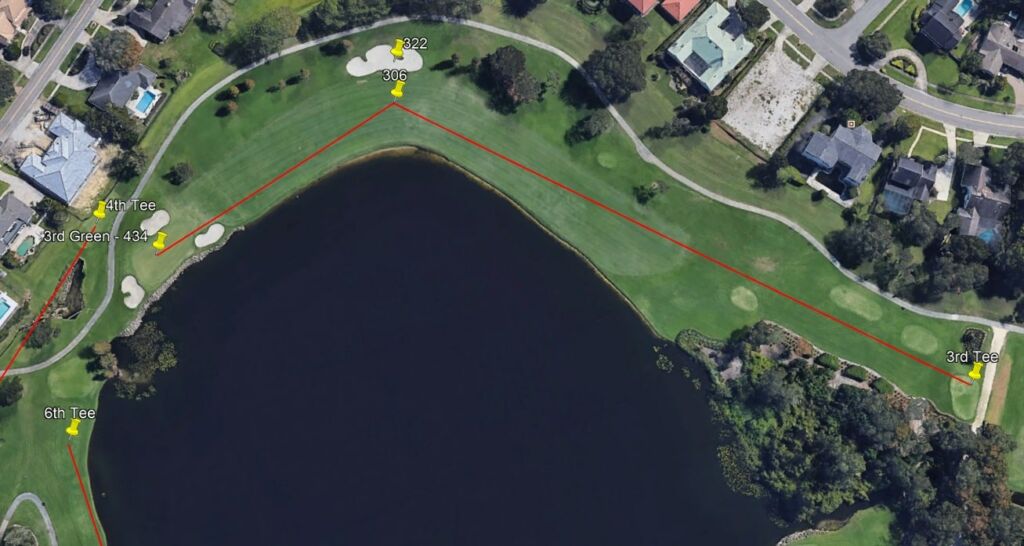 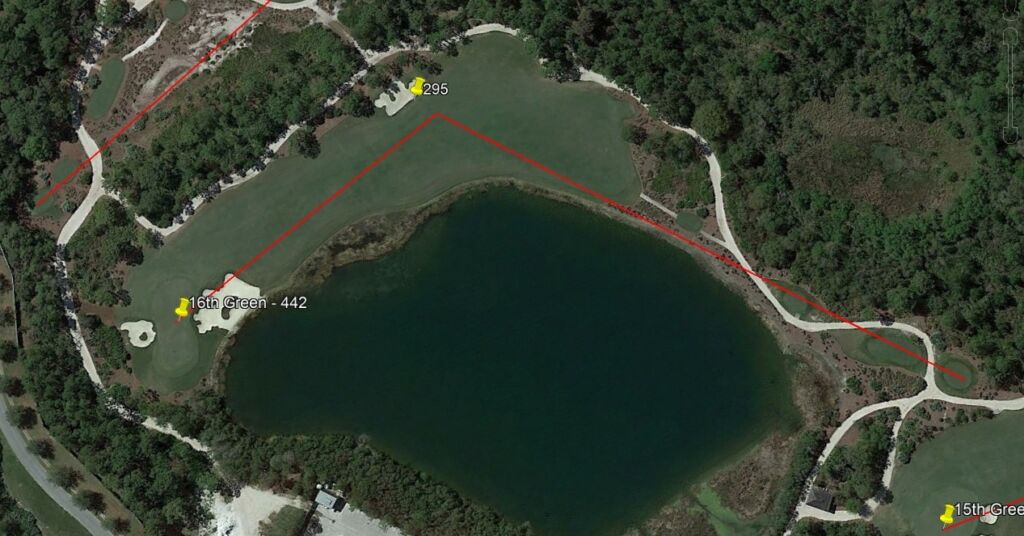 Par 5’s: In the video, Jack notes that he likes variety in his Par 5’s. He has always been a fan of reachable Par 5’s like the ones Bobby Jones is famous for. But he also likes ones that gives players anxieties and forces them to lay up into uncomfortable areas. Sometimes going for the green in two isn’t an option. Instead of providing a safe bailout, Jack designed these Par 5’s with landmines in the safe zone. As such, Concession has one Par 5 that is reachable in 2, two Par 5’s that are reachable if the wind cooperates, and one Par 5 that is a three-shot hole. These should be some key holes at the Workday Championship.

In addition, Jack utilized a few popular Par 5 templates that he both enjoys and uses at his other golf courses:

While Jack spearheaded most of the architecture, Jacklin’s mark on the golf course comes from the links features of the golf course. The two moved dirt to create mounds and uneven lies on the fairway, a common feature of traditional links golf courses. In addition, there is some creative undulation and good use of shelving of the greens. There are tightly mowed areas around the green that funnel to collection areas well below the putting surface. And the greenside bunkers are not easy to get up and down out of, especially if short-sided to the pin.

For example, here’s a view from the greenside bunker on 10: 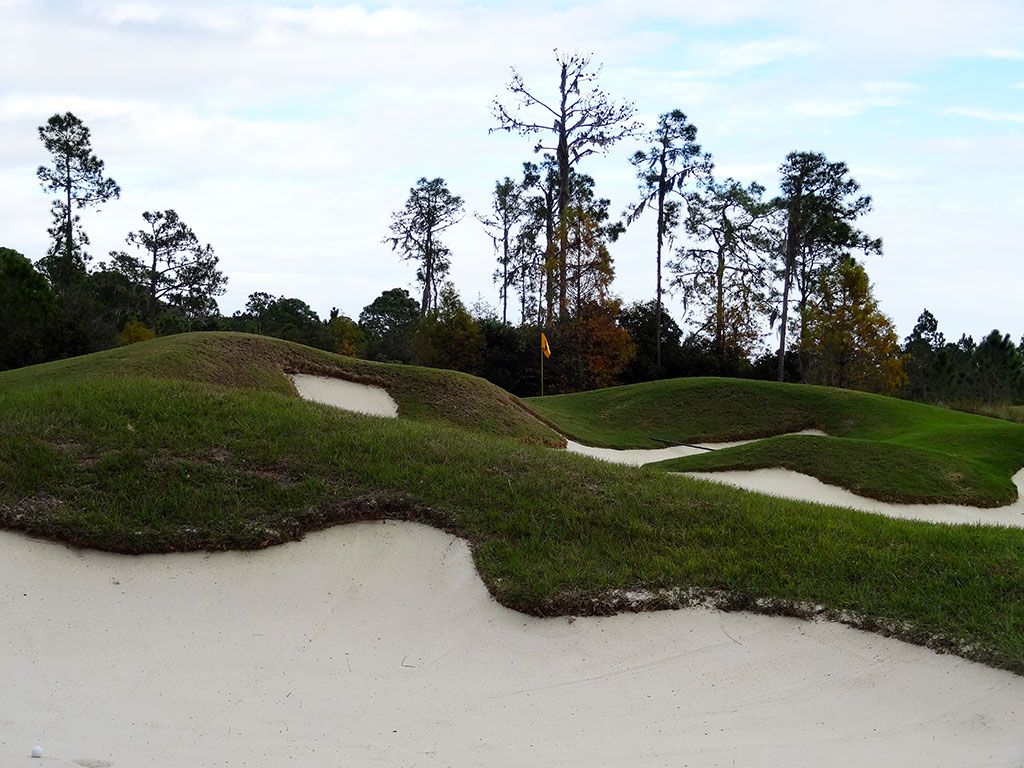 Some of Jack’s favorite golf courses like St. Andrews, Augusta National, and Royal Melbourne all make good use of these tricky features. I’m sure it didn’t take much convincing from Tony Jacklin to include these on the golf course.

All in all, this golf course is a stern test. It requires patience, strategy, and mental fortitude tee-to-green. Almost all the players will see this golf course for the first time. The only ones who have seen the course are those who competed in the 2015 NCAA Championships, won by Bryson DeChambeau. But for everyone else, the Workday Championship could be a rude awakening.

Therefore, gamblers should primarily rely on the skillsets needed to get around the many correlated golf courses jammed into this piece of property. In my eye, this golf course encapsulates these five golf courses the most:

Tee-to-green, there are several correlations to the layout at The Concession, Muirfield Village, and PGA National. This isn’t surprising given Muirfield Village and PGA National are two Jack Nicklaus designs. Both golf courses are punishing for those who find themselves out of position off the tee. While there is less rough and wider fairways at The Concession, there’s equally as much water and nasty fairway bunkers one needs to avoid. And while technically there’s no out of bounds, anything lost in the palmetto and pine trees is essentially a penalty stroke. There’s no getting out of jail from these areas.

In addition, all the sand at the club was imported from Ohio. It’s the same sand used at Muirfield Village. That’s another direct correlation between the two golf courses.

On and around the greens is where the comparisons to Augusta National, Riviera Country Club, and Royal Melbourne come into play. All four places feature lightning-fast, significantly undulated greens. They all also feature tricky bunker complexes and tightly mowed collection areas where balls funnel to when they roll off the green. Augusta National, Riviera Country Club, and Royal Melbourne are some of the toughest golf courses to get up and down from off the green. I expect the Concession Golf Club to be just as tough.

What firmly links The Concession and the listed correlated golf courses is solid iron play. There’s significant trouble lurking around the greens at The Concession. It also requires pinpoint precision to access certain pin positions on the green. The margin of error on these firm and fast greens is very small. Good control with one’s irons is a must this week.

Lastly, it’s important not to fall into the trap of relying too heavily on historical putting performance on Bermuda greens. While the golf course is wall to wall TifEagle Bermuda, the greens at The Concession are double cut and rolled every day. This takes almost all of the grain out of the greens. That means that they roll more like a poa or bentgrass green than a standard Bermuda green. Players will assess movement and speed based on the undulations of the green rather than the grain they’re putting towards or against.

If anything, consult historical putting stats at Muirfield Village and Riviera Country Club. Those also feature tricky, lightning-fast undulated greens. That’s more of a direct correlation to the types of green the players will face this week at the Workday Championship.