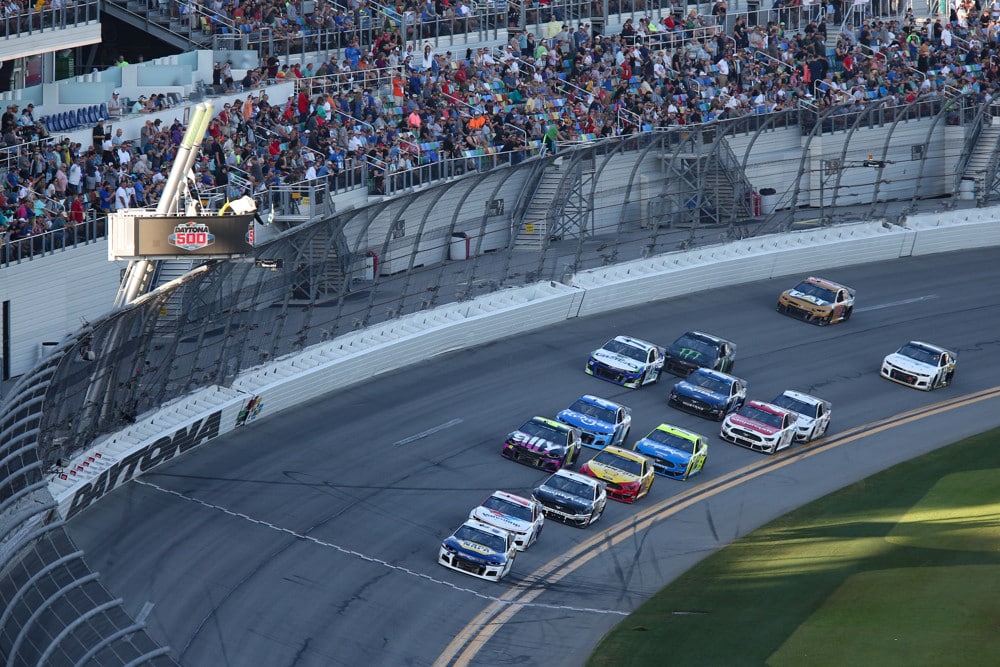 The fastest stock cars in the world are back! After a winters hibernation the NASCAR circuit revs up and heads back to Daytona. 36 races separates one driver from racing immortality with a championship trophy at Phoenix Raceway.

A lot has changed between last season and this one. Here’s everything you may have missed during the break to help you make your bets for the NASCAR Championship.

With the addition of road course tracks (more on this in a second), more races will be run using the 750 HP engines. The new race in Nashville will utilize the 550 HP package. Darlington will also switch to a lower horse power package.

There were several changes to the 2021 schedule to reinvigorate the series. Here are the major changes:

In all, NASCAR will visit a road course seven times. Considering the sport featured only two as recently as four years ago, it’s a welcome addition to create more variety for fans and drivers alike.

Bristol Dirt Racing: One of the most popular and exciting tracks in the sport gets a face lift in the Spring. The fast half mile track will transform into a dirt track and put these cars on that surface for the first time since 1970.

Putting these high horsepower cars on dirt should be quite interesting. Bettors will do plenty of research to see which drivers have the edge on dirt.

Lost Tracks: In order to make room for these new venues, a couple tracks were cut from the schedule. Among the casualties include Chicagoland Raceway and Kentucky Superspeedway. The loss of Kentucky Superspeedway is curious. Tremendous money and capital was invested in the facility, which finally joined NASCAR in 2011. The futures of both tracks are very much up in the air.

The silly season of NASCAR was in full force over the winter. The following major driver changes were made:

Car No. 5: Kyle Larson rejoins the series after his termination from Chip Ganassi Racing last spring due to racist comments over iRacing. The legendary #5 makes its return to Hendrick Motorsports, taking the spot of Jimmie Johnson.

Car No. 14: After a long and successful career, Clint Bowyer steps away from the car to join the FOX booth. In his place is rookie Chase Briscoe, the 11 time winner in the Xfinity Series. He’ll look to follow in the footsteps of teammate Cole Custer to win for Stewart Haas in his rookie season.

Car No. 20: Christopher Bell steps back into the #20 that he found great success in the Xfinity Series. After a learning year for Joe Gibbs sattelite team Levine Family Racing, Bell is primed to take advantage of better resources and equipment for his second season in the big leagues.

Car No. 23: A new race team emerges in NASCAR. Denny Hamlin and Michael Jordan team up to create 23XI Racing. They’ve also brought in Bubba Wallace to pilot the new Toyota. The team won’t have much trouble garnering sponsorship money with such a popular driver behind the wheel. But new teams have a ton of growing pains. They may struggle early in the year.

Car No. 42: Fan favorite Ross Chastain finally breaks through to the big leagues. He takes the vacant seat in the No. 42 at Chip Ganassi Racing. He is known for smashing watermelons after victories. Maybe he’ll smash a few for the fans up in the Monster Energy Cup Series.

Car No. 43: After essentially being fired by Joe Gibbs Racing, Erik Jones found a home with Richard Petty Racing. Erik Jones got a bit of a raw deal with the team. He was always the 4th banana in terms of equipment and support, yet won twice in spite of it. He’s a young and talented driver, and maybe the new surroundings is just what he needs reach his potential.

Car No. 48: Alex Bowman switches rides from the #88 to the #48 to fill the big shoes left by Jimmie Johnson. It’s never easy to take the place of a NASCAR legend. But Bowman has an advantage with the familiarity of Hendrick Motorsports. The transition should be a seamless one.

Denny Hamlin – +700: Denny Hamlin has accomplished almost everything in NASCAR. But the empty slot on his resume is a Championship. Hamlin has come oh-so-close many times. He advanced to the Championship Stage the last two years, falling short both times. There must be a sense of urgency for him and the team, as Hamlin is now on the wrong side of 40. He hasn’t lost his edge or nerve behind the wheel, and maybe this season is finally the one he breaks through.

Kyle Busch – +700: Last season was a year from hell for Kyle Busch. Communication issues between him and his crew chief robbed him of good finishes over and over. He also blamed the lack of practice time for his lackluster season. After winning only once in 2020, having another year like that is unacceptable. Look for Kyle Busch to roar back with a vengeance to try and claim his third NASCAR title.

Ryan Blaney – +1600: There’s room to grow for Blaney’s ceiling. 2020 seemed like a very unlucky year when comparing his in-race stats to his finishes on the leaderboard. Blaney scored the most Stage Points of any driver in NASCAR and led the 7th most laps. Yet his average finish was only 13.8. A slow summer and early fall also led to a premature demise in the playoffs. Blaney did finish 2020 on a high note with six Top 10’s over his final seven races. He has the talent, the horsepower and the momentum to get to Phoenix with a shot at the title.

Alex Bowman – +3300: After a mid-season lull, Alex Bowman closed his 2020 campaign with a bang. Bowman notched nine Top 10’s in his final 12 races to end the season on a high note. He now transitions to the legendary #48 team, which won a record tying 7 Championships in NASCAR. There shouldn’t be a learning curve with his new ride, and he’s a great dark horse to get to Phoenix. If he gets there, anything can happen.