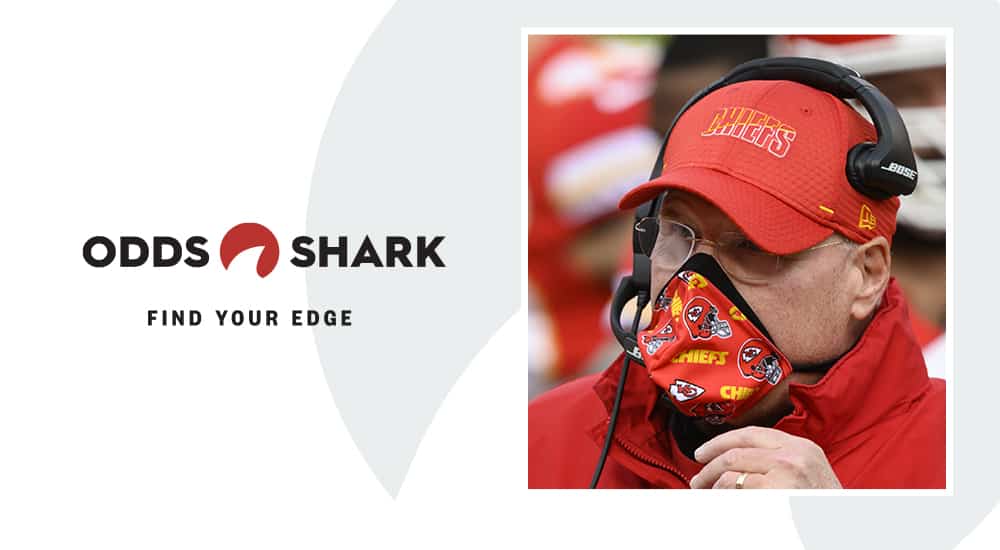 As of Tuesday, the Kansas City Chiefs do not know if quarterback Patrick Mahomes will clear the NFL’s concussion protocol and start Sunday’s AFC Championship Game against the Buffalo Bills. However, the defending Super Bowl champs are still consensus three-point home chalk on the NFL odds against the Bills at sportsbooks monitored by OddsShark.com.

The reigning Super Bowl MVP left last Sunday’s AFC Divisional Playoff game versus the Cleveland Browns with a possible concussion midway through the third quarter and did not return. Kansas City was able to hold on for a 22-17 win over Cleveland, although Mahomes must undergo further testing over the course of this week to determine if he is deemed fit to play. It is possible that bettors may not know until kickoff if he will actually start. Remember, he helped beat Buffalo 26-17 as a 5.5-point road favorite in Week 6 on a Monday night.

Assuming Mahomes is good to go, following are some things you should know before wagering on the favorite or underdog in this spot at online sports betting sites. First of all, there is a huge disparity between these two teams with regards to covering the spread recently. In fact, they are on complete opposite ends of the spectrum, and more of that has to do with the closing numbers than winning. For example, the Bills are 9-1 straight up and against the spread in their last 10 games but closed as underdogs four times during that stretch and won three of them. Meanwhile, the Chiefs have gone 0-8-1 ATS in their previous nine games, although they were favored by seven points or more six times in that span and won all those games except for Week 17 when they rested their starters.

Sunday’s NFC Championship Game is also a rematch from Week 6, which happened to be the worst performance of the year for NFL MVP favorite Aaron Rodgers and the Green Bay Packers. The Tampa Bay Buccaneers picked off Rodgers twice in a 38-10 rout, limiting him to just 160 passing yards as well to pull off a small upset as 2.5-point home underdogs.

The Buccaneers are three-point road underdogs this time around and lost three more times after that first meeting, yet they are riding a six-game winning streak (4-2 ATS) into this matchup with a Super Bowl berth on the line. But the Packers have been even hotter, winning a season-high seven in a row (5-2 ATS). Of course the main storyline will be the battle of future Hall of Fame quarterbacks in Rodgers and Tampa Bay’s Tom Brady, who will be making his record 14th appearance in a conference title game. However, Rodgers has never played in a conference championship at home, and he will finally have the opportunity to do so in hopes of reaching the big game for the second time in his career and first in a decade.

Green Bay has several betting trends in its favor. Not only have the Packers won five straight SU as home favorites in the playoffs, but they have gone 9-0 ATS in their last nine at Lambeau Field versus teams with winning records. In addition, the Buccaneers have dropped 15 of the past 16 road meetings SU, and the visitor has lost 15 of 18 in this series too. One bright spot for Tampa Bay though besides Brady is that the team has won seven consecutive games away from home overall by an average margin of 16 points.