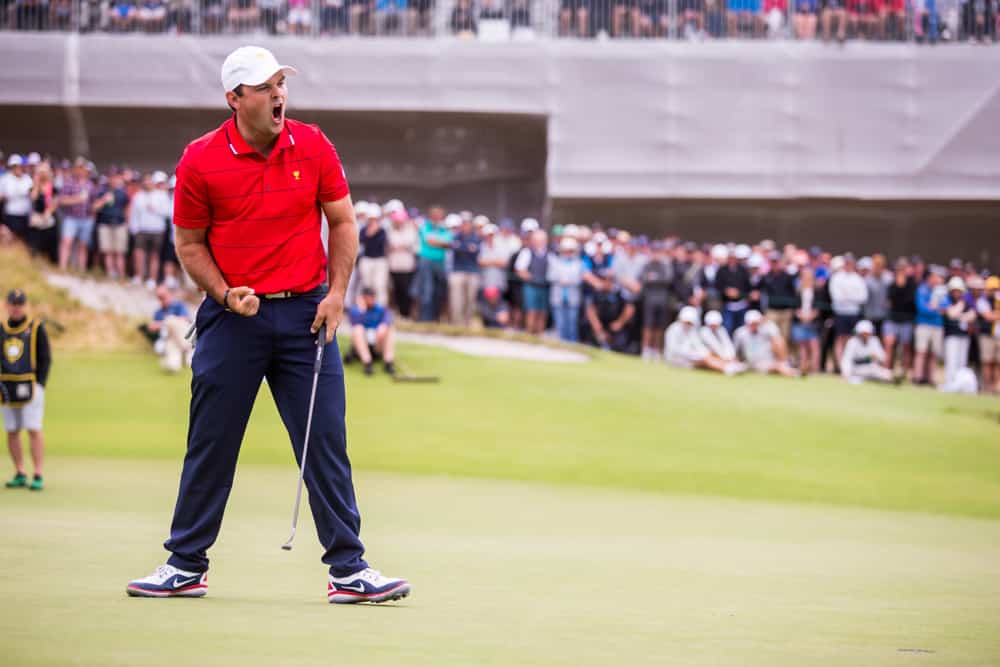 Vacation is over for the boys as they leave Hawaii and head to La Quinta, California to play the PGA West Golf Club. It’s always business here though with our Fantasy Golf Picks for this week.

The American Express PGA event will be a little different from years past. The main difference being it is no longer a Pro-Am due to COVID-19. Secondly, the golfers will only play two courses this year instead of three; the Nicklaus and Stadium Course. They will play both golf courses Thursday and Friday before finishing the last 36 holes on the Stadium Course. With the main focus being on the tougher Stadium Course, the key to success this weekend will be hitting fairways. The course has thick rough and hazards throughout, which should provide the opportunity for some blow-up hole and some entertainment for the fans.

Fantasy Golf Picks For This Week

If you ain’t cheating, you ain’t trying! This week our pick is Patrick Reed. Reed enters as one of the favorites to win the American Express, and he is our starting point for our DraftKings lineups. Reed took 9th here last time he played in 2019, so he is familiar with the format and courses. He comes into this week in good form finishing in 13th at the TOC. Reed has gained 3.6 strokes T2G and 2.1 ARG in his past five events. Reed is a favorite here for a reason and is a great starter for your lineups this week.

Abe was a bit of a let down last week after an MC at the TOC, but we’re not sweating that. That was only his 2nd miss since the Shriners in October of 2019 (another MC was this year’s Northern Trust). Fantasy National shows us Abe lost almost 3 strokes to the field putting; he’s usually pretty steady on the greens so expect him to bounce back from that performance. Abe has experience with this course, finishing second last year and 18th in 2019. This year he will have the advantage of an extra round on the Stadium Course, where he gained a staggering 15 strokes on the field through the weekend. You won’t want to miss your shot at cashing in on Abe’s first PGA win.

When looking for a value play, look no further than Si Woo Kim. The South Korean has been striking the ball well as of late. He gained five strokes T2G last week at Sony and finished in a respectable 25th place. He has played this event twice, finishing in 40th and 9th place. The only concern we have with Si Woo is his putting. Historically he is not a very good Bermuda putter. With that said, he did not lose any strokes last week at Sony. If he can continue this trend, expect another strong finish.

We are going against course history and going with current form this week with our boy Charlie Hoffman. Chuck was throwing darts last week at the Sony Open. He gained 8.3 strokes T2G, 4.2 OTT, and 4.9 on approach, where he finished in 14th place. Charley’s putting let him down last week, losing 1.3 strokes putting on the field. The good news is Bermuda is typically his strongest putting surface, so we are expecting him to sink some putts this week.

Your 2012 rookie of the year is making his 7th appearance at the AmEx. In his previous 6 starts, he has 1 MC (17′) with a 3rd place finish (18′). He should be familiar with the playing conditions, playing his college golf at CSU Northridge just 2 hours away from PGA West. This is his first event of 21′, but he finished last year on a bit of a run with 3 top ’20s at the Shriners, RSM, and OHL. His game has always relied on his irons and short game, which will be critical for this weekend (23rd in the field with SG: SG). He’s trending in the right direction though, with + SG numbers in each category for his last 5 rounds. We feel John is a very safe play in this price range.

Brian has been struggling to find his game since his 3rd place finish at the Safeway back in September. We think this is the week he does it. The 38-year old is coming off a 47th place finish last week where he posted 4 consecutive rounds under par. What really gets us excited is the 4 strokes he gained in approach shots, which puts him in the top 10 of the field for the event. We expect him to bring that game to his 8th appearance at the AmEx (highest finish 5th in 2014). Combine his irons with Bermuda being his best putting surface and we’re hoping for a real shot at a top 20.