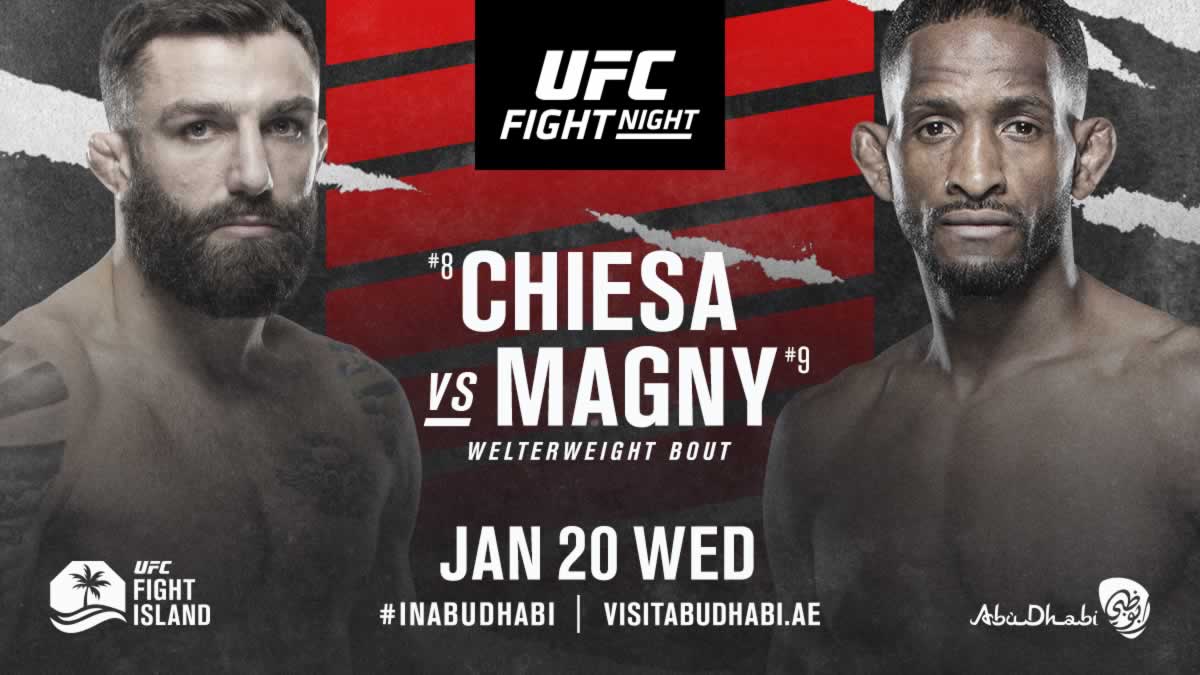 This welterweight battle was original scheduled to be the co-main event until the Leon Edwards-Khamzat Chimaev fight fell through, once again. But Michael Chiesa and Neil Magny are game, and ready for a five round war. Both men have won three straight fights, but I’m counting on Magny to make it four straight after Wednesday. He’s got the height and the reach and the ever-important striking stats in his favor, plus he’s a solid enough grappler to keep Chiesa off him.

Not a very sexy co-main event, at least on paper. The 10-1 Lazzez is my pick, as he’s on a nice hot streak (three straight), is bigger, and is the superior grappler. Plus Alves has been on the sidelines since November of 2019.

While we like the #chunkyguys at the MMA Gambling Podcast, I’m picking against Ike Villanueva in this one. Moreira losing all three of his UFC fights might explain this betting line, but Villanueva hasn’t been much better, going 0-2. However, the Brazilian is bigger, younger, and has the striking plus the grappling stats on his side. Go get that plus money.

I’m not so keen on this huge line, but I’m taking the Brazilian in this fight too. She’s won three of her four UFC fights, while the veteran Roxie has alternated wins with losses (she won her last fight, so….). Araujo is also four year younger and has the striking and grappling in her favor.

Taking another slight underdog here in Matt ‘Danger’ Schnell. He was on a four fight winning streak before dropping his last fight. He’s seven years younger than Nam, he’s bigger, he’s got the striking and grappling stats, blah blah blah.

I like Murphy here, but not at this number as I think this is a much closer matchup. And you can probably guess why I like him – all the same reasons as most of my picks – bigger, younger, striking and grappling stats. Hey, go with what works, and my research says these factors matter.

Breese has been sneaky good in the UFC, winning five of his seven fights. He’s also younger and bigger and a better striker than Akhmedov. As long as he can keep this fight standing, he should get the W.

Belgium’s Pirrello will be making his UFC debut on the strength of back-to-back TKO wins. But he’s been out of action since October 2019 and has a bad matchup here in Simon. The Vancouver, Washington native is just the better, and more experienced, fighter.

Lots of big favorites on this fight card, and I’m not recommending betting on any of them (unless you want to #throwtheminaparlay), but I guarantee to pick winners, and winners I’ll pick. Mudaerji’s weakness seems to be grapplers, which the kickboxing Adashev isn’t, so he should be winning this one.

Assuming the fire hydrant Lungiambula can safely cut all the way down to 185-pounds for this fight, he should be able to stop the short notice replacement Perez. You might want to put a bet down on him winning early via KO.

I think we’re getting plus money here due to Francisco’s famous brother, UFC Flyweight Champion Deiveson. Rivera is the bigger, younger fighter and Figueiredo has been on the shelf since September of 2019.

The debuting Mason Jones is a perfect 10-0 as a pro and a double champion in Cage Warriors (as was Conor McGregor). Getting him for plus money here feels like stealing.

Another famous last name getting probably an unwarranted bump on his betting line. I’m still taking Khabib’s cousin to win his UFC debut here, but not at -540.

I took more dogs on this card than I realized. I like the debuting Leonardo to beat the debuting Fiorot due to her superior high level experience and size.