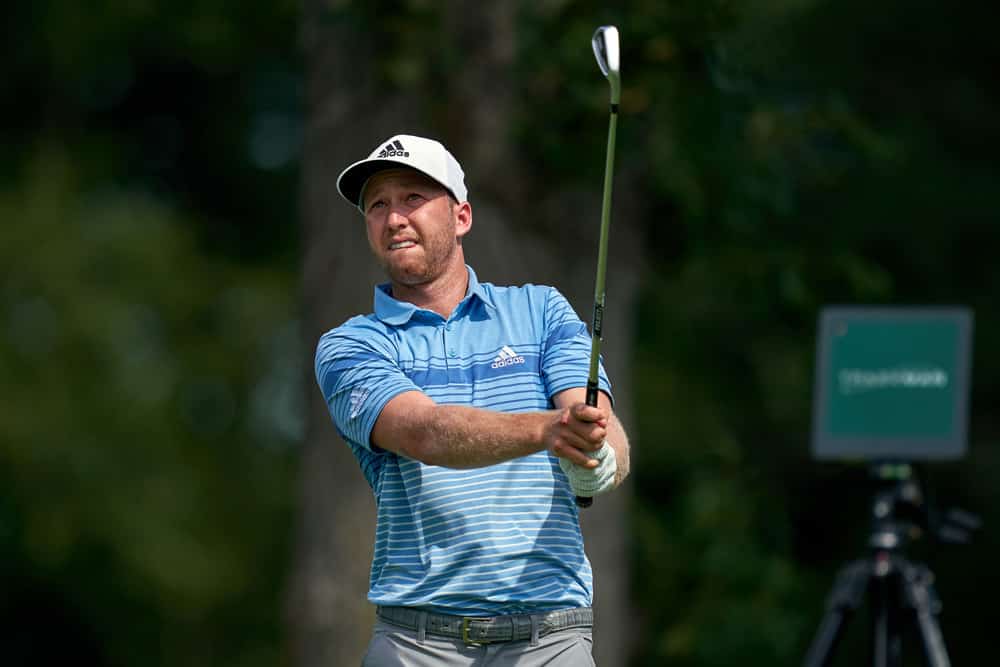 For those who missed it, check out the 2021 Sony Open Preview and Betting Strategies for the types of golfers you should look to target for your picks. Using that as a guide, here are some of the best bets to make this week.

The last 10 winners of the Sony Open have gained at least 5.6 strokes putting over the course of the tournament. Bettors should target players with high ceilings on the green for their outrights.

Daniel Berger fits this criteria. Berger has shown multiple times in 2020 that he’s capable of producing winning upside putting over the course of four rounds. He also is a great iron player to make him one of the best pure scoring golfers in the field. Berger’s ball striking was very good at Kapalua, but he was just mediocre on the greens. That should reverse itself to the positive this week based on his long term trends. Berger is in a great spot for his second win in less than seven months.

Normally when a player overperforms on the greens and underperforms ball striking in the week before, run for the hills. But a closer look at Abraham Ancer’s performance at Kapalua tells a different story. While Ancer lost over five strokes total tee-to-green, most of the loss came off the tee. Where Ancer has an advantage off the tee is sacrificing distance for accuracy. It’s likely that with everyone hitting fairways at Kapalua, his deficiency with distance led to the negative performance. Ancer also got better with his ball striking as the tournament went on. Ancer gained 4.07 shots with his ball striking across Rounds 3 and 4. And while it’ll be a tall order this week to replicate his strong performance putting at Kapalua, he’s skilled enough to do so. Ancer is in a great spot to knock off his first PGA Tour victory.

Like Abraham Ancer, Kisner got better with his ball striking over the course of the tournament. Though he lost strokes on approach for the tournament, he gained 1.43 strokes with his irons in Rounds 3 and 4. This is in line with the solid form he demonstrated in the fall in that area. Kisner is a wonderful putter and has a tremendous track record on both Bermudagrass and correlated golf courses. He also played very well at the Sony Open last year. He should bounce back and be in the mix to win.

Zach Johnson quietly enjoyed a very good fall. Since the PGA Championship, Zach Johnson has three Top 10 finishes and has climbed back inside the Top 100 in the world. His ascension has been attributed to an improvement in his ball striking and recapturing some magic on the greens. Zach Johnson has a great track record at both Waialae and similar Bermudagrass golf courses. Like Harris English last week, Johnson is primed to snap a winless streak at Waialae.

The following players show a solid combination of strong putting, sold ball striking with their mid-irons, good history on Bermudagrass golf courses, and good histories on correlated golf courses. They warrant consideration for a longshot bet to win the Sony Open:

Sungjae Im squandered a fantastic ball striking week with poor putting at Kapalua. While some positive regression with the putter on one of his favorite surfaces is expected, I’m not sure he has the upside needed to win a birdie fest like the Sony Open. Nevertheless, betting him to finish inside the Top 10 at +200 is a fantastic alternative.

Like Sungjae Im, Russell Henley probably doesn’t have the winning putting upside to get a victory this week. But he certainly has fantastic ball striking in his arsenal to get in the mix. Over Henley’s last 50 rounds, he has gained 1.32 strokes per round ball striking, tops in the field. Backing the best ball striker statistically at +350 for a Top 10 is a great bet.

Lanto Griffin shook off a poor start at Kapalua to post a respectable finish. After losing over two strokes with his irons in the first round, he gained it all back over the course of his next three rounds. He has a solid history on Bermudagrass golf courses and should post another Top 20 finish.

Kizzire looks to carry the momentum he had at the end of 2020 to a tournament he’s won before. Kizzire has made six cuts in a row and has a Top 25 finishes in three of his last six starts. Given his resurgence in play and good history at Waialae, betting +275 on a Top 20 finish is a decent bet.

The praise for Zach Johnson is above. As for Sergio Garcia, he makes his debut at the Sony Open after a long and illustrious career. First timers at Waialae can struggle due to the layout of the golf course. Course knowledge at Waialae is important with knowing where to position yourself for the best opportunity to score. In addition, he’s struggled with his irons and putting for most of the last year, and doesn’t appear to be a great fit for the golf course. Zach Johnson should beat Sergio straight up.

Adam Scott hit the ball beautifully at Kapalua, only to squander it with a poor performance on the green. He’s going through some changes with his putting stroke and technique, so that’s not encouraging. Still, he’s a much better ball striker than Billy Horschel at both of their stages in their careers. Not only has Horschel struggled with his ball striking, he’s not nearly as deadly with his putter as he used to be. Adam Scott should quickly vanquish Billy Horschel in this matchup prop.

Talor Gooch is a solid iron player who has high upside with his putter and a great track record on Bermudagrass golf courses. Bettors should back golfers with those traits this weekend. He takes on Carlos Ortiz, who did not perform well at Kapalua. Other than his win at the Houston Open and strong showing at Mayakoba, he hasn’t shown much over the last year. Gooch should beat Ortiz head to head.

Cameron Davis is a bit of a volatile golfer. But he’s on the upswing in his career and has demonstrated both strong ball striking and putting performances over the last year. Meanwhile, Branden Grace is on the decline in almost every aspect of the game. The talented young Australian should beat the grizzled South African at Waialae.