Every year in fantasy football writers, pundits, and analysts all take painstaking time determining which sleepers they will plant their flag on. Each year by Week 7, the waiver wire grows. The sleepers and hype guys are strewn about the waiver wire like solo cups after a block party.

Once the hype is faded, we are left to examine the wreckage of what could have been. However, many times, these flops and leftovers were hyped for a reason and are prime candidates to break out the following year. This is the beauty of post-hype sleepers.

No matter how disastrous their season was the year before, hope springs eternal for the failed sleepers and breakout stars. 2019 and its failed hype trains are in the rearview mirror and these post-hype sleepers are primed to be key contributors on the All-Post-Hype Sleepers Team.

You could not turn on your television without being bombarded by Baker Mayfield commercials. Never before has a quarterback who played for a mediocre team gotten so much hype and attention commercially and from a fantasy standpoint.

Odell Beckham was supposed to be the missing piece. Freddie Kitchens was supposedly the mad scientist who would unleash Baker and the Browns. None of that happened. The Browns sputtered to a 6-10 record and Baker regressed.

Baker, the former QB04, is now being drafted as QB18. The expectations are shockingly low. However, almost all of the factors that had fantasy managers excited for Baker in 2019 are the same in 2020.

He still has Nick Chubb, Jarvis Landry, and OBJ, but he also has Austin Hooper and a full season of Kareem Hunt. With a bevy of offensive weapons and a more talented play-caller in Kevin Stefanski, Baker looks primed for a breakout post-hype sleeper season. Going so late in drafts, you could do a lot worse than using a pick in Round 12 or later on Baker and trusting him to outperform his draft stock.

2019 David Johnson seemed primed to build upon his 2018 bounceback year. He had a new coach who wanted to spread it out and let him make plays in space. Kyler Murray was going to unlock DJ in ways that fans had only imagined possible before. Johnson started off 2020 well but found himself as a non-factor from Week 7 onwards.

Johnson is no longer considered an elite fantasy running back. He is now a middling RB21, barely inside RB2 territory. However, has the talent that made him the biggest thing in the NFL evaporated? No. Despite leaving the hottest new offense in Arizona, he landed in a better situation in Houston.

Last year, Carlos Hyde touched the ball 255 times and has half the receiving ability. David Johnson is being woefully underrated as RB21, and with an ADP of 41, you can certainly steal him in the mid-rounds.

Start lining up your draft boards to scoop up DJ in Round 4 and watch him finish as a top-15 running back if he stays healthy.

N’Keal Harry found himself in the difficult position of being drafted to the Patriots as a first-round receiver and being expected to immediately make a big impact. There was hype that if Harry could gain Brady’s trust, he would be a breakout sleeper. He only played in seven games and barely broke 100 yards on the season, but he did have two touchdowns.

N'Keal Harry is going to be a great weapon for Brady 👀 pic.twitter.com/UMeos6eQ3g

Heading into 2020, Harry appears to be primed to seize the moment for New England. Cam Newton is the new sheriff in town. He’s had success throwing to big-bodied receivers like Harry, see Kelvin Benjamin and Devin Funchess, and turning them into playable fantasy assets. If Harry has even close to first-round talent, he has the chance to finish as a top-25 wide receiver. Currently ranked as WR59, he’s available until the end of most drafts. Go get him late and see if he can lock down the role of Cam’s go-to guy and a post-hype sleeper.

Tre’Quan Smith burst onto the fantasy football radar in 2018 with a 3 catch, 111 yard, and 2 touchdown performance in Week 5. He followed it up in Week 10 with 10 catches for 157 yards. Then was barely been heard again.

Heading into the 2019 season, the sleeper community was abuzz with talk of Smith establishing himself as the Saints’ WR2 and deep-threat. Fantasy managers could scoop up the WR2 on the Saints at WR61 prices, what a steal. All of that hype amounted to nothing. Smith only managed 18 catches for 234 yards through 11 games. 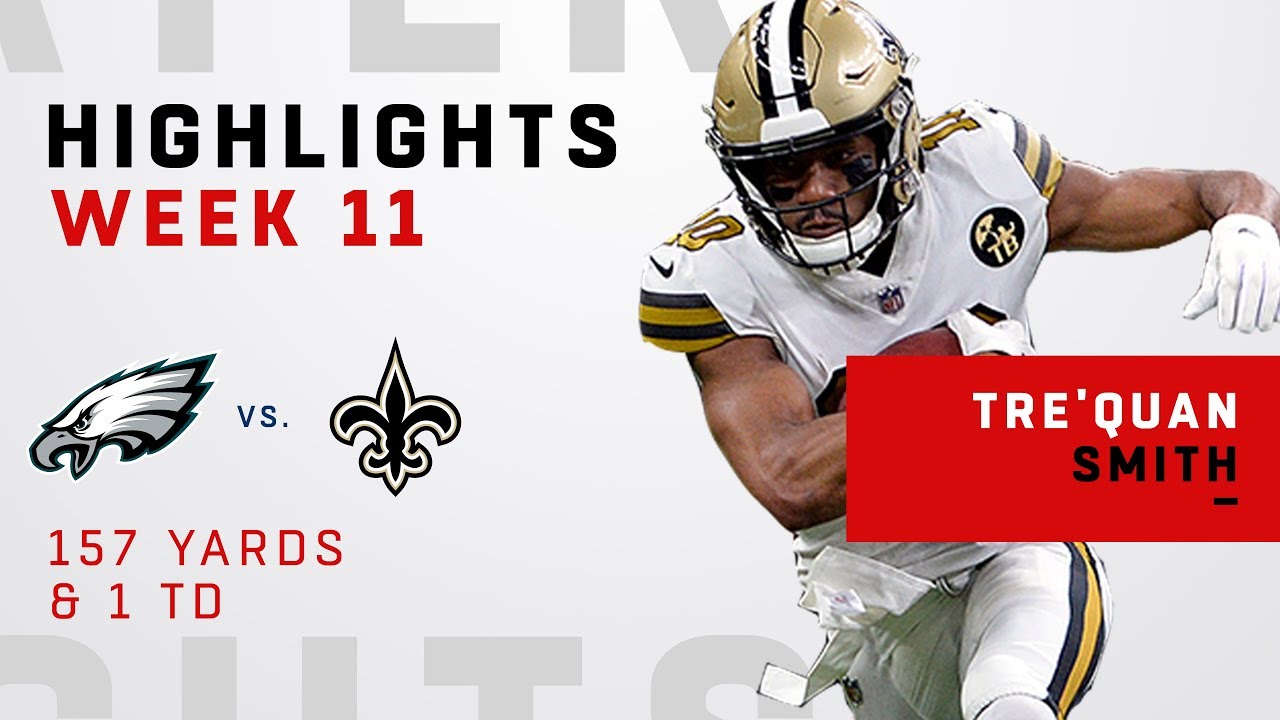 However, he is still the receiver who finished with five receiving touchdowns through only 11 games in 2019. He is still an explosive athlete who has the speed to burn. Oh, and Drew Brees thinks he is about to break out in 2020 as well. For someone who has an ADP of pick 260, take the late-round flyer on him. He disappointed last year, but post-hype sleeper picks are all about that redemption.

Big things were expected of Ian Thomas in Carolina last year. Unfortunately for him and his believers, Greg Olsen still dominated the tight end targets with 82. Despite being an aging vet, Olsen had the trust of the coaching staff. While Thomas was a second-year player who felt lucky to be in Carolina in 2018. His 2019 season did not reach the level of his 2018 rookie year, and he was overshadowed by Olsen still.

When Olsen went down and Thomas took over from Week 12 on there was a spark. He rang up 16 catches, 136 yards, and a touchdown in an anemic Carolina offense. In 2020, Teddy Bridgewater is riding into town as the starter, and if there is something he loves more than gloves it is throwing to tight ends. During his time as the starter in Minnesota, he targeted his starting tight end at least 60 times each year. He also loves looking their way in the red zone as well. Bridgewater will love having a tight end like Thomas down the seam. Despite his current ranking as TE22 and with an ADP of 179, Thomas is a big-time post-hype sleeper candidate. Ian Thomas is ready to step out of Third-Leg Greg’s (6:10 mark for Greg’s part) shadow. Go get him late and profit off of his big season.