On the latest edition of the only digital radio show devoted to Underdogs in the NBA, MLB, NHL, etc., host T.J. Rives and guests are reveling in all the sports back for August and ready to talk it all up.

First up, Brian Edwards of Majorwager.com and Vegas Insider is ready to discuss the ever quickly evolving college football schedules being released by the Power Five conferences. In particular, what’s up with the Big Ten releasing their 10 game schedule and what are the implications fo their title game?

Plus, for the first time in modern college football history, Michigan and Ohio State won’t be playing the last regular season game in November, but rather in late October. Plus, the guys discuss the decision by UConn, who just joined the non-football playing Big East again, to not play football as an independent at all this season due to Covid 19 and money concerns.

Then, Brian gives great info on the first week of the NBA trends. Find out what team he loves as an Underdog to overtake Memphis for the final playoff spot in the East. And, he even likes that team to challenge the top seeded Lakers. Brian also has a team that is sizzling with it’s over totals not only this before the shutdown, but since it has resumed.

Finally, Brian relays a betting controversy involving a New Jersey wagerer and the crazy Underdog odds he got on an MLS soccer game that was due to payout HUGE and the state gaming board refusing to pay him!?!

Next up, it’s our latest edition of the roundtable. T.J. welcomes colleagues Chris Plank of the Oklahoma Sooners radio broadcast, and Fox Sports Radio nationally Sunday nights and Vince Ferrara of 99.1 FM, the Sports Animal in Knoxville, Tennessee to talk more about Big XII and SEC schedules, etc. The guys also discuss what kind of a chance the college players have to unite and possibly at least delay the start of the season due to their safety concerns. 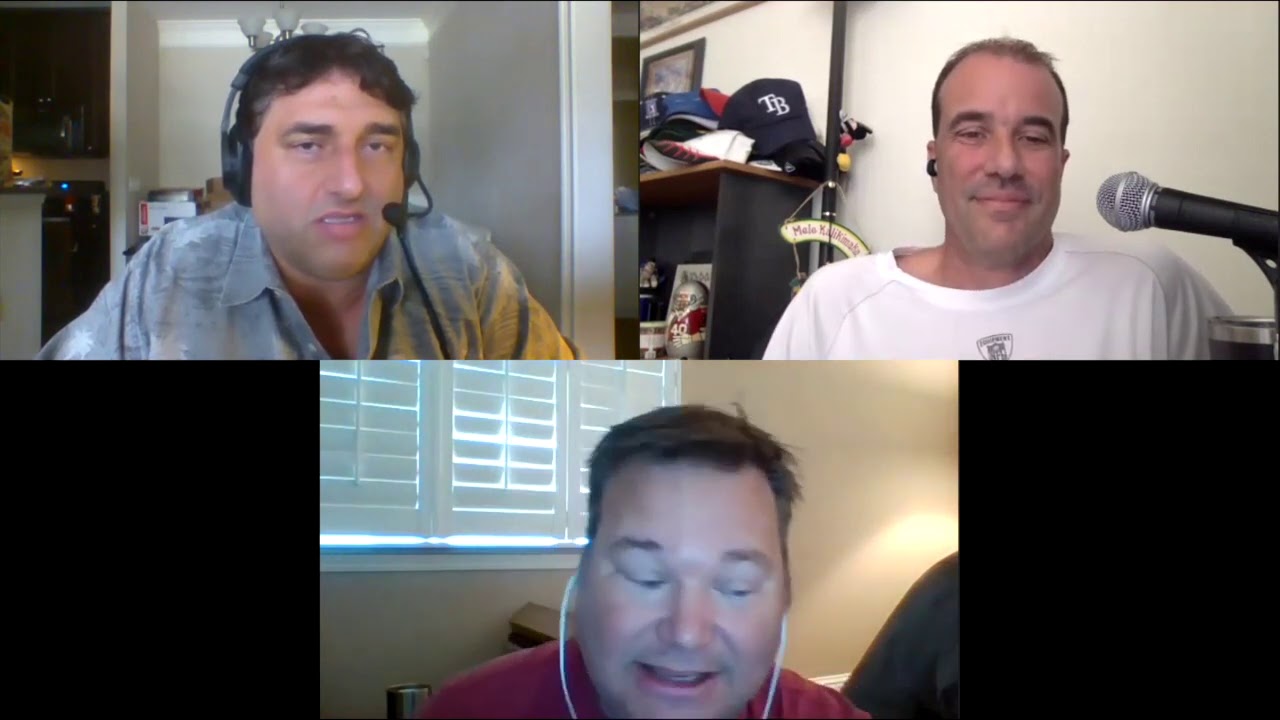 The guys finish by talking some Tom Brady with his new Buccaneer teammates (Vince is a smiling Tampa native) working out this week and the NFL trying to ramp up to play. And, Chris gives some insight on the Oklahoma City Thunder vying for playoff seeding in the Western Conference playoffs.

And make sure to subscribe/rate and review on Apple Podcast, Spotify and Google Podcasts!