There were two surprises in the top 10

Marcus Mariota
The 28th overall QB in standard scoring made his first appearance in the top 10 this season. 2018 has been a nightmare for the Titans play caller as he’s only had two games with multiple passing touchdowns with one being last week. The former Oregon standout has been held to under 130 pass yards in 4 of the 7 games he has started in 2018

Nick Mullens
The other surprise came in the worst game of the week Thursday night, where San Francisco somehow beat up on an Oakland team that rolled over and gave up. The result; a 22 point fantasy night while tossing three scores at the expense of an Oakland defense that gives up the 7th most points to the position. 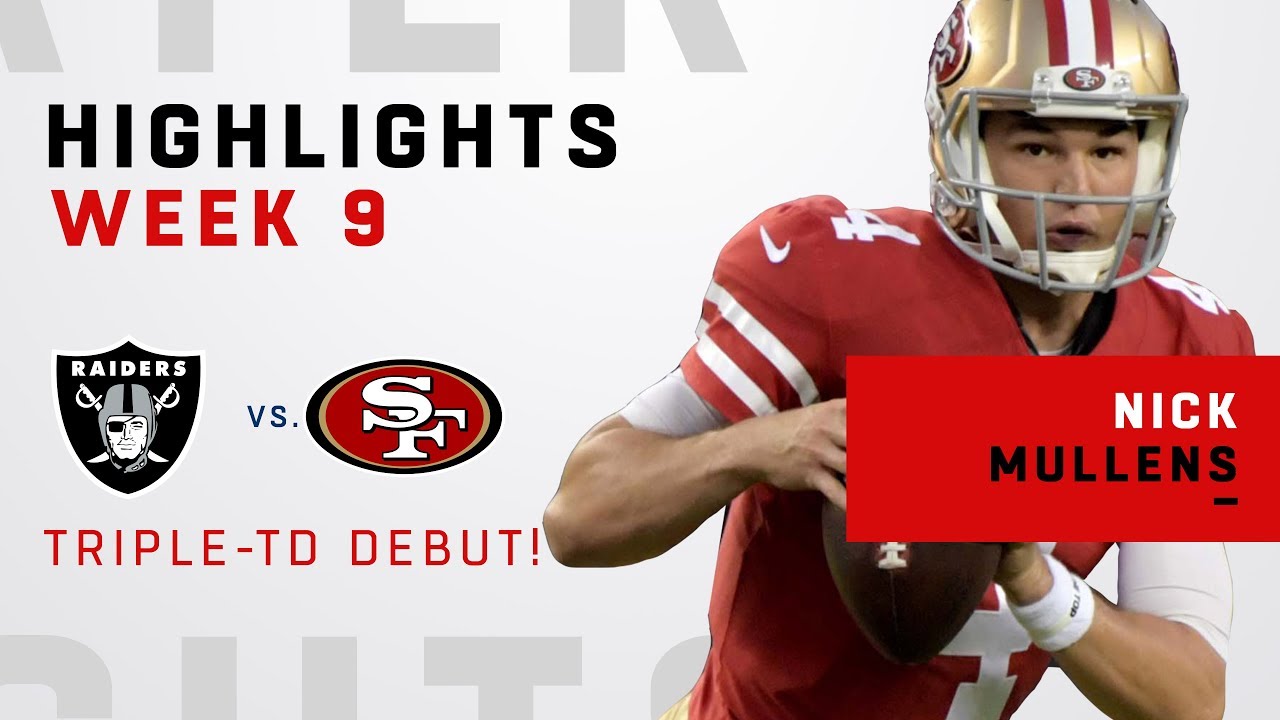 Green Bay off B2B losses going back home vs a Miami defense that’s allowed 10 passing scores in the last 4 weeks.

What can we say about this guy, fire him up automatically but this week I think Rodgers might be in a better spot as Arizona is the second stingiest defense to opposing Quarterbacks bolstered by a 9.3% sack rate (8th).

The Rams leader has been fantastic this season and even more as of late where he’s tossed 8 scores in the last 3 games. His opponents do rank top 10 in Sacks and sack rate, but the Rams have done well to protect Goff and only allow 2.1 sacks per game. When you look at his pass attempts, he ranks in the bottom half of the league, but still manages to be a top 5 scorer at his position. The last 2 weeks saw him attempt back to back 40 passes. This weeks matchup is somewhat tough as Seattle yields the least points to quarterbacks this year at only 13.5 fantasy points per game.

We saw what the first-time starter Nick Mullens did vs this disgraceful defense. Look for Rivers to dissect an Oakland defense that gives up the 6th most points to the position and has given up 3 passing scores in each of the last three weeks. The Raiders have the leagues worse sack rate (2.6%) so expect Rivers to have a clean pocket allowing his defenders to get downfield.

Somehow through all the talks of Mahomes, Brees, and Goff, the Atlanta play caller has been forgotten. Currently having a 19-3 TD to INT ratio, similar to that of his 2016 MVP campaign, Ryan is the 2nd overall scorer at his position. Maybe that goes to show the level Mahomes is playing at who leads him by 45 more fantasy points this season. Matty Ice gets a Browns defense that bottom 5 in hurry rate and QB hits.

Finding himself as a QB1 week in week out, Fitzmagic makes another entrance into the top 12 facing an overrated Redskins defense. When facing good pass offenses they allowed Brees to go off for 363 yards and three touchdowns, while Matt Ryan diced them up at home last week for 28 fantasy points (350 yards and 4 touchdowns). When starting at home this season, Fitzpatrick has 7 touchdowns while scoring 55.1 fantasy points in two games.

Less than stellar matchup vs a Titans defense that has only allowed opposing quarterbacks to score 20+ fantasy points only 3 times this season. The Patriots are favored by 7 and I expect them to have a double-digit lead in the 4th quarter limiting Brady’s ceiling when New England leans on the run.

I expect the Rams to come out scoring and I always like to use the theory that the opposing team will have to keep up giving the quarterback extra value. The Rams defensive backs have shown they can be beaten, Wilson did just that a few weeks back, look for some of the same this week

You know the rule here, always use quarterbacks vs the Tampa Bay defense.

Pretty much matchup proof, he does get a slight downgrade facing a Jaguars pass defense who is still scary. Jacksonville is tied for a league-low 9 passing touchdowns allowed, while only allowing 6.7 yards per attempt (2nd).

Rounding out the weeks QB1’s, the Red rocket gets the second best matchup for quarterbacks this season. While the Saints have looked great in many phases, the pass defense has still been leaky and I expect Dalton to have to score in order to keep up with Brees. I expect this game to fly over the total and I think the Bengals will rely heavily on Dalton to make plays as the New Orleans run defense is greedy. The only reason I don’t have him higher is the news with A.J Green, so Im curious how those targets get spread out.

Just on the edge of QB1’s for the week, Baker gets a fantastic meeting vs the 3rd best matchup vs Quarterbacks. We know the struggles of the Falcons defense this season with all the injuries to key players, but the last 2 games they’ve only allowed 1 passing score in each game after giving up 16 passings TD’s from week 2-6.

We don’t really know what we get week to week with Trubisky, this week he faces off vs a top 12 defense vs the pass in the Lions. With the blowout game script last week vs Buffalo, he only tallied 8 points after scoring 21, 31, 27, 43.

Coming off an injury to his non-throwing shoulder, this week he faces a Colts defense that allowed Deshaun Watson to throw 3 passing scored last week putting up 28 fantasy points. The Colts will be able to move the ball through their short pass game and I expect this to open up both pass games giving Bortles’ receivers to opportunity to make plays after the catch. Not a QB1 but if desperate, take Blake.