5 Value Quarterbacks To Keep On Your Fantasy Football Radar

In the information-driven age we live in, the term “sleeper” has lost its authority, with the abundance of research tools and “experts” reaching deep, year after year hoping just one sleeper will stick to the wall.

I want to take a slightly different approach and discuss a few Quarterbacks who I believe will over exceed their ADP (average draft position) and preseason projections. Value is key…

I can’t believe he’s still even in question, but with an understanding that his absence from an injury was approached with the utmost precaution after a few setbacks. In three of his four seasons, he has finished as a top 4 fantasy quarterback (4th,2nd,2nd) with the only year missing in 2015 by injury. Much has changed in the last 19 months since we last saw Luck under center, most importantly the departure of former Head Coach Chuck Pagano.

First-year Head Coach Franch Reich takes over the reins, and an aggressive style of play calling is what you can expect. Coming from Philadelphia, where Doug Pederson ultimately called the offensive plays and San Diego where Mike McCoy also made the final call on play selection. Reich talks about an uptempo, threatening attack, and rightfully so coming from the “K” Gun formation as a player. The early 1990’s Buffalo Bills team ran a “K” formation, which saw them play at an accelerated pace in a hurry-up no huddle something no teams did at the time.

Now, keep in mind, the early 90’s were still a time for power running the football, and the Bills were one of the only teams playing a fast pace. The Colts also revamped the offensive line in anticipation for the former number 1 pick’s return. Reports after the first day of training camp have already broke that the team plans to start him Week 1 of the preseason, this is definitely something to keep your eye on. Luck is currently being drafted as the 11th overall quarterback.

A fresh start, we can call it with the new look coaching staff in Tennessee. New Head Coach Mike Vrabel is defensive minded, so expect Offensive Coordinator Matt LaFleur to command the offensive play calling in his first year with the Titans, and that will help Mariota flourish into the quarterback we’ve been expecting for years. LaFleur’s resume speaks for itself as his last few stops in Atlanta, and last year with Los Angeles, saw him take part in explosive offenses.

Even more important, he goes back to the coaching staff that was able to establish the RPO as a threat in Washington with Robert Griffin III. Last season the Titans averaged 20.9 PPG while ranking 23rd in passing yards per game with 199.4. Under Mike Mularkey’s “exotic smashmouth,” Mariota finished 18th, 12th, and 22nd in standard scoring fantasy leagues. I expect the changes in the coaching staff will help bring out the best in the 4th year play caller that’s coming off his worse season in Touchdowns, Yards per pass and QB rating.

Even more alarming, his TD-INT ratio of 13-15 is by far his worse. Matt Lefleur’s offense will make it simpler for the Titans captain, as his offense moves to the beat of quick passes and getting the running backs heavily involved in the passing game, which ultimately takes the pressure off Mariota. Currently sitting with an ADP of 128th overall, and 17th amongst his position, I fully expect Mariota to overachieve this season. If you wait at the quarterback position, this could be your guy, and that’s just fine with me. 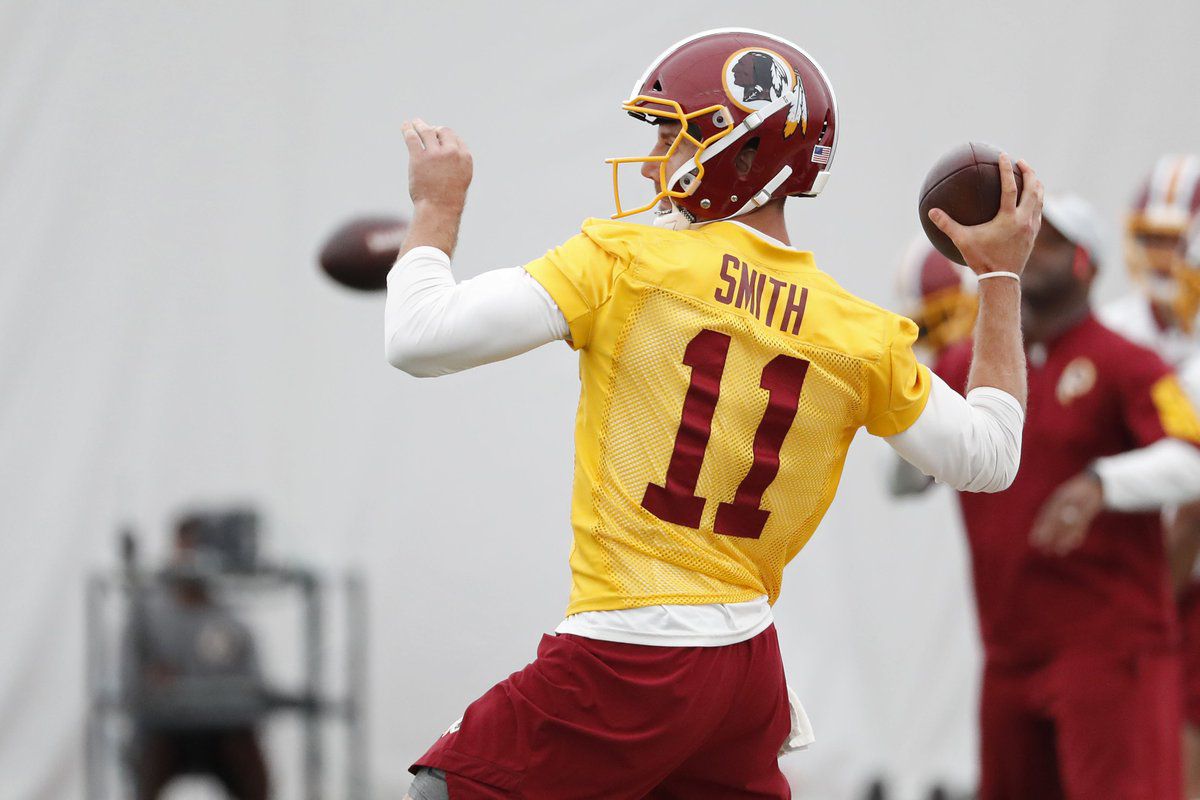 Sometimes the flashy, shiny, and costly options, aren’t always the best choice in life. Dependable, low key and value, are what some people seek when making a purchase. This season, as with many before, Smith is just that of a bargain. Always flying under the radar as his name never jumps out as a primary piece to acquire.

In, 2017, Smith quietly finished as the 4th overall fantasy quarterback in scoring, averaging 19.7 PPG for a total of 295 points in 15 games. Over his career, he has always taken care of the ball and hasn’t carried over a 1.6% Interception ratio since 2013, the league average was 2.4% in 2017. Smith is currently going in the 12th round with an ADP of 137.4. Under Jay Gruden, Kirk Cousins was a fantasy monster finishing top 8 in scoring (8th,5th,6th) at his position, since taking over as a full-time starter in 2015 and playing 16 games.

Could it be that Cousins was the key, or is it the system of Jay Gruden that also led Andy Dalton to 12th and 5th overall quarterback scoring finishes in 2012/2013 when he was the offensive coordinator in Cincinnati. Look for Smith to finish as a QB1 smashing the value of his current ADP.

“Da Bears” are back, or at least that’s what the hype train of Matt Nagy has insinuated. Arguably the biggest winners in free agency, the sophomore quarterback looks to put his newly acquired weapons to use. Under John Fox, the offense can be referred to as vanilla in 2017. This season, optimism is high since Nagy is part of the Andy Reid coaching tree, and his teams are known for being efficient. The RPO (Run pass option) will be a tool he brings with him, and this will really put a microscope under Trubisky’s decision making.

His play calling uses the short passing game as extensions of the run game and having the explosive Tarik Cohen; a pass-catching option out of the backfield, attached with a speedy tight end in Trey Burton gives him all the options he needs to run the West Coast offense successfully. Jordan Howard’s pass-catching ability will be a key on early downs for Trubisky to get in favorable 3rd down situations as his running will be solid. The Bears are hoping the RPO offense, which Money Mitch ran frequently at North Carolina, accompanied with the arrival of Mark Helfrich the former Oregon head coach.

One of the most highly sought out coaches this offseason; the Bears were able to land him on their coaching staff with relief. His spread type philosophy and fast tempo schemes will bring another element to the offensive unit that has talent at every skill position. Currently being drafted around the 14th round with an overall ADP of 161.9, look for Nagy’s schemes and the talent around Mitch Trubisky to outshine his current rank of 23rd at his position. 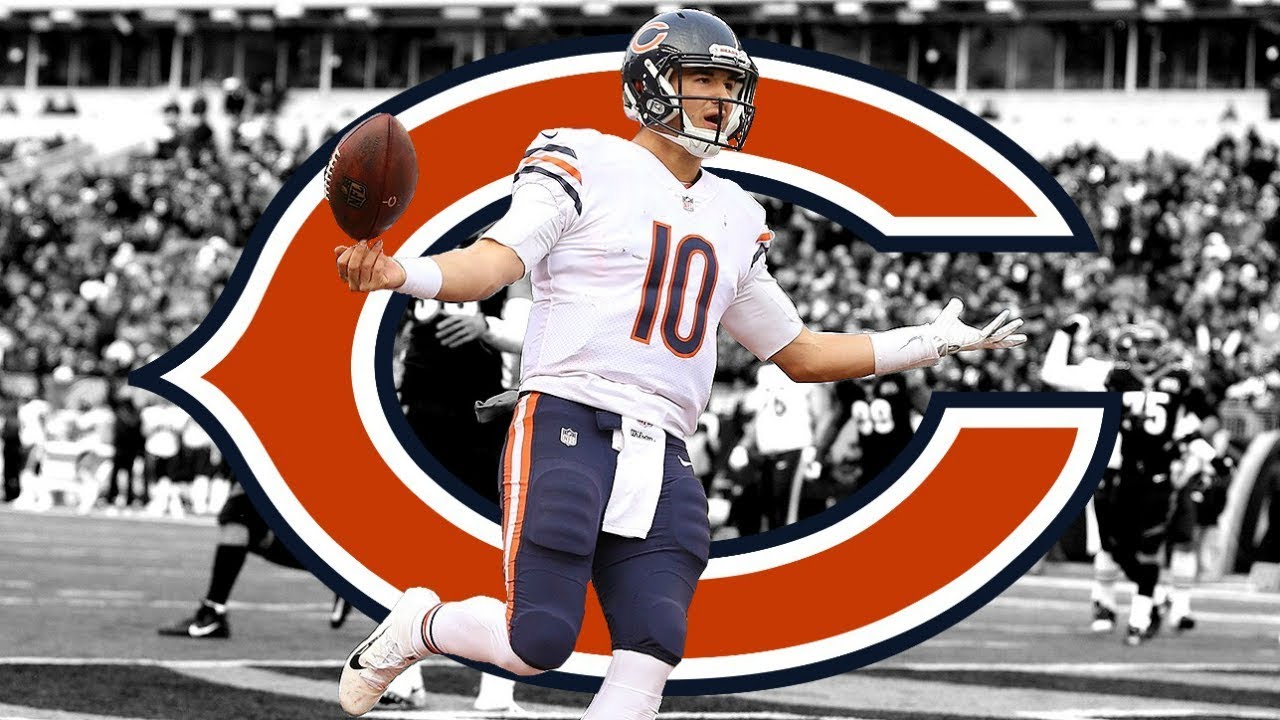 Perhaps one of the biggest storylines we’ll be talking about midway through the season. Not so much for the performance of Taylor but I think the impatience of the Cleveland fan base will cause some unnecessary noise throughout the year in hopes of seeing the Number 1 Overall Pick, Baker Mayfield.

Coming from an offense where his wide receiver options were unreliable, Buffalo never ranked better than 31st in pass attempts in the last three years with Taylor under center. The Browns not only added Jarvis Landry to the young and talented receiving group in the offseason but also attached the brain of the offensive schemes of Todd Haley.

Leaving the high octane offense in Pittsburgh, Haley’s offense thrives on vertical routes while spreading out defenses maximizing the space for his receivers to work with. In his five years in Pittsburgh, he coached Ben Roethlisberger to top 8 finishes in fantasy PPG in 6 straight years.

Yes, the Steelers offense carries significant star power, but Taylor never had a wideout record over 60 receptions in his stint in Buffalo with running back LeSean McCoy leading the team last season with 59 receptions. The weapons at his disposal will be something that can only help his numbers. If Josh Gordon can get his head right, look for Cleveland to be more than just the doormat of the AFC North.