The Art Of Buzzer Beating: LeBron Vs The World

Your duty, as an enthusiast of sports, is to have a view and opinion from the recollection of events and moments throughout Sports history. Your job as a fan, is to defend those moments or certain players that left a memory in your mind that lead you to believe that moment, in particular, is more significant than any other moment in sports or a certain player is the best of all time.

One discussion you can find in the heart of any good sporting debate will be that of….
“Who is the greatest Basketball player ever?
-“Lebron”
-“You’re insane, Jordan is the GOAT.”
Crazy old man-” You are both crazy Bill Russell has 11 rings.”

Lebron vs. Jordan comes to the forefront in any logical heads-up matchup for the title of  The Best Ever. But what separates one from the other?

Courtesy of Land of Basketball

The talks are everlasting, from every Thanksgiving dinner drunk uncle argument, to deep down in a neighborhood barbershop amongst comrades. 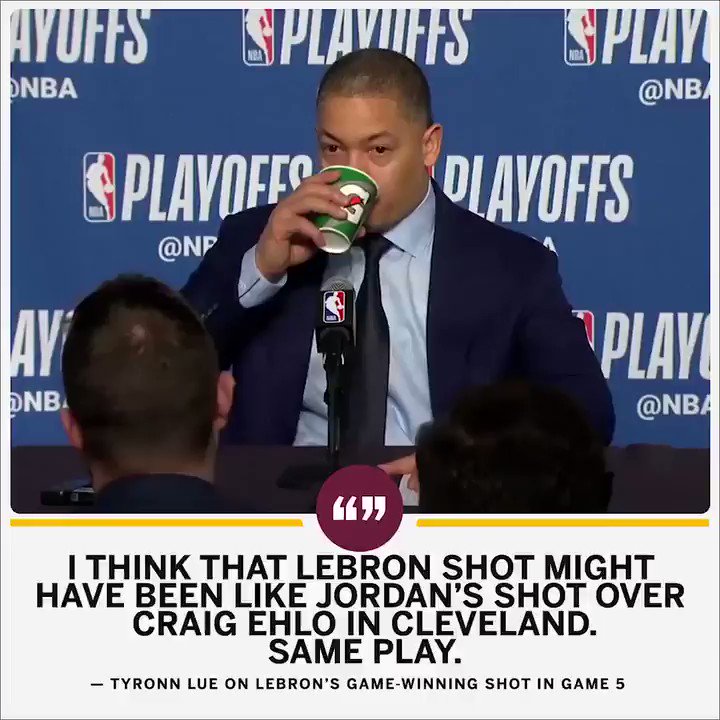 Last night reminded us why LeBron James is so special, not only for the shot but the narrative behind it. I often find myself comparing modern moments to those of old but always have to remind myself times are different. With the day in age we find ourselves in, where social media has these famous players under microscopes, the narratives behind games and moments are investigated and scrutinized deeper than ever.

This year we know the struggles of the Cavaliers as a whole, and we witnessed a mid-season overhaul of players in an attempt to save a season and maybe their leader from leaving at the end of the season.

What LeBron has done this series in an attempt to put his team on his back is nothing short of spectacular. The 33-year-old kid from Akron seems to have caught a case of the Benjamin Buttons syndrome and is playing younger than ever.

Coming off a regular season in which he played all 82 games, James numbers this postseason are reflecting those of his best.

Buzzer Beaters
When trying to separate the best from just someone great an attribute that doesn’t have a stat column, is being clutch. James game-winning shot last night isn’t his first, nor will it be his last, but it gives us a moment soak in another memory.

If judging by postseason buzzer beaters or go-ahead shots (Final 5 seconds), last night was a moment to remember.

LeBron James is 6-of-13 on go-ahead shots in the final 5 seconds of the 4th quarter / overtime in his playoff career.

He's now made one more than Michael Jordan. pic.twitter.com/CdX32jUM88

James surpassed the “GOAT” in late-game heroics, giving fans, more to be able to delegate when justifying The Best Ever.

One thing for sure is we need to learn to appreciate the gifts games give us in moments like these.

When watching last nights game, this shot from Game 2 of the 2009 playoffs came to mind.

How about “Take that Chicago, What is payback?”

Somehow the Pacers end up at the wrong end of these magical moments. 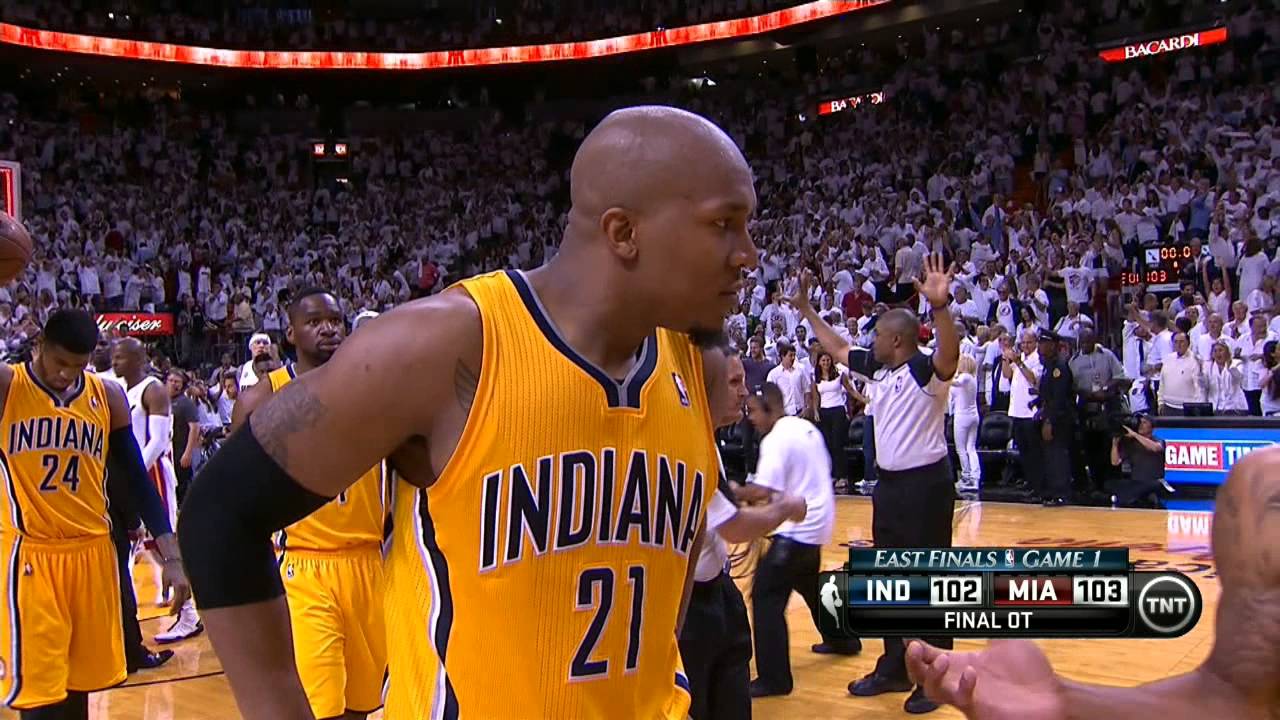 Whether you think  Michael Jordan or Lebron James is the greatest to ever dribble a basketball, next time a late-game situation arises and #23 is on the court, make sure you soak in the moment, as the most “Clutch” postseason player in our lifetime looks to add another scene in this movie he keeps us watching. 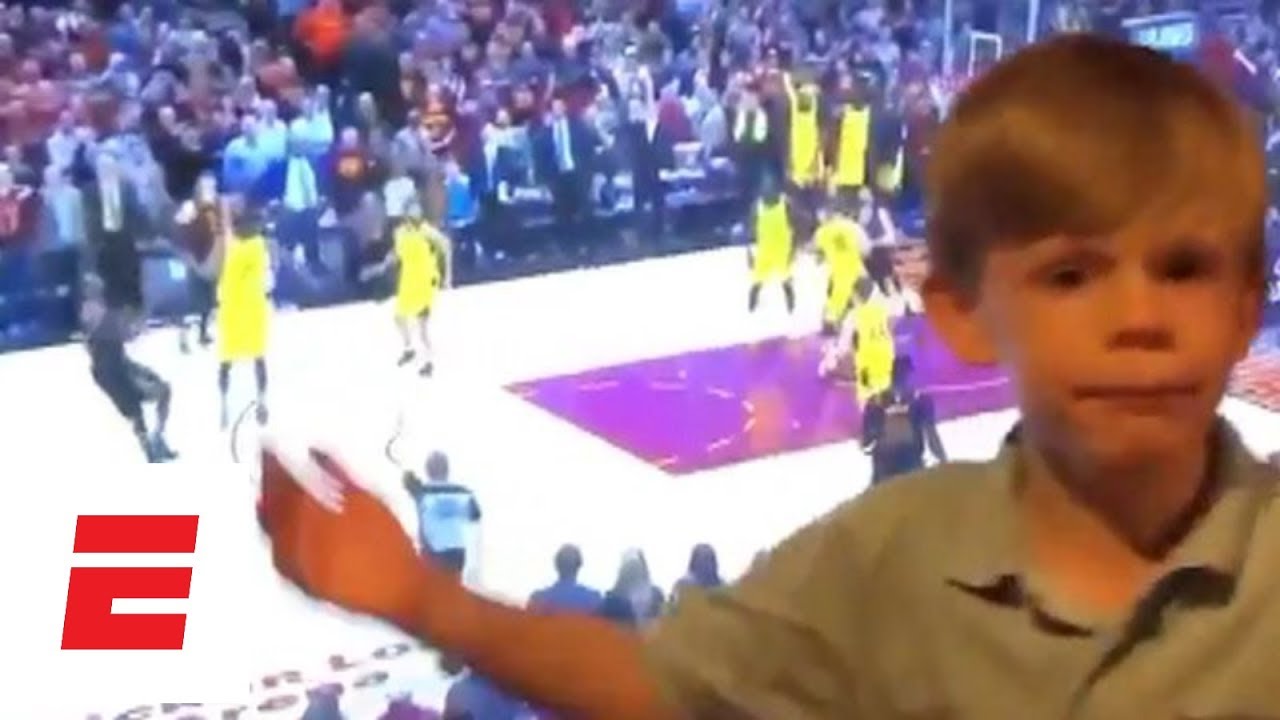