NFL Draft: Art Of The First Round Trade 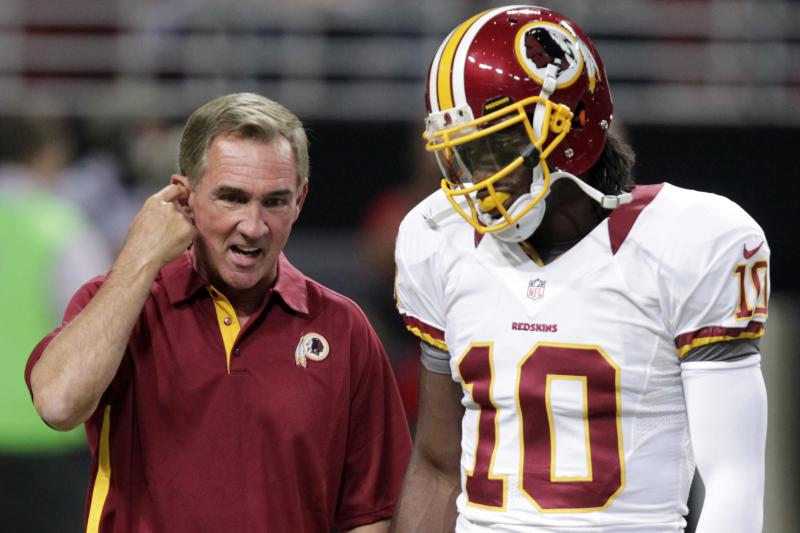 One of the more interesting occurrences at the NFL draft each year is when a team moves up, sometimes even just one or two spots, in the first round in exchange for what is usually a sizable package of picks/players. We all remember when Dan Snyder gave up his firstborn, along with a 1st, 2nd and 4th round pick to the Rams to move up and draft RGIII and how that turned out. But what about the other deals? They happen nearly every year and can have a massive impact on the trajectory of a franchise. Which side generally fairs better? The team that moves up to get their guy? Or the team that stockpiles assets? Let us find out:

(Kerrigan has quietly had a solid career, Skins won the trade)

Texans move up 12 spots for Deshaun

Analysis: Jabril Peppers is looking like a good pro and the 2018 first round pick (#4) is yet to convey. But, for a team that hasn’t has a good quarterback since 2007 Derek Anderson (seriously, look it up, guy threw for 29 TD’s and made the pro bowl that year, people forget) trading out of a spot where they could have taken a guy who looks like a future franchise quarterback, is a loss for the Browns. The Texans would do this trade again if they had the chance. 1 point for trading for your guy.
1-0 for trading up

Bears trade 4 assets to get Trubisky

Analysis: The Bears seem to be happy with Trubisky, but the jury is still out on whether he is truly a franchise QB. The biggest missed opportunity in this deal was when the Niners traded away pick #67, which turned out to be Alvin Kamara. A backfield of Jimmy G and Kamara playing together for the next ten years would be terrifying. Anyway, we don’t know enough about either side to pick a winner, I will mark this as a draw. No points awarded

(the next three are combined into one)

So, who ended up with what?

Eagles: Carson Wentz and a 4th round pick who was then traded to the Vikings

Analysis: Trades are not a zero-sum game. The Titans moved out of the #1 spot because they didn’t need a QB and were able to get pro bowl level talent in Jack Conklin and Derrick Henry, a trade they would do again. Yet, on the other side of the same deal, the Rams netted their franchise quarterback in Jared Goff and the Eagles secured their QB of the future and MVP candidate, Carson Wentz. The only clear loser here is the Browns. After trying to stockpile picks by trading down, Jabril Peppers is the only player of significance they have drafted thus far. Although they still have picks to convey, the Browns did not fare well in this deal, whiffing on Corey Coleman (probably), Shon Coleman and Deshone Kizer.

Titans and Browns moved back

Eagles and Rams moved up

2 points for moving up for your guy (Rams/Eagles). 1 point for moving back (Titans).

3-1 in favor of trading for your guy

Analysis: The history of this trade is fascinating. It looked like Washington’s move wasn’t all that crazy when RGIII burst onto the scene in year-one. But, with him never again reaching that level, it became clear that giving up so much was a poor business decision for Dan Snyder and company. With that said, despite getting quality players like Alec Ogletree, Janoris Jenkins, and Michael Brockers, the Rams current roster, outside of Brockers, is not really built around this trade at all. Additionally, the top pick they received from this deal, Greg Robinson, turned out to be a bust. Still, the Rams handily won this deal. 1 point for moving back

Analysis: Matt Kalil hasn’t quite been the franchise left tackle he was hoped to be, but, he still has had a solid career as an NFL starter since day 1. The same cannot be said for this guy: 1 more point for moving back

Analysis: Part of my dumb brain still thinks that Justin Blackmon has a chance to be a good pro. I absolutely loved him coming out of Oklahoma State (remember that story about that sick little girl he befriended, I do) and thought he was a surefire pro-bowler. But, alas, I am dumb and Justin Blackmon is quietly one of the biggest busts of the last 10 years. Mark Barron has been a very solid to good pro since entering the league. Point to the Bucs and trading back.

Moving back takes the lead, 4-3

Match up for the ages here. We have this guy:

After a long deliberation, I grant 1 point to the Falcons and going to get your guy

P.S.: It gets even worse for the Browns. They then traded Jon Baldwin and their 3rd round pick to the Chiefs for number 21 overall pick Phil Taylor. The 3rd round pick turned out to be Justin Houston.

Jets move up 12 spots to get Sanchez

Analysis: I almost marked this as a draw. Despite being much maligned, Sanchez did lead the Jets to an AFC Championship game and had some memorable moments in New York. But, Alex Mack has been a pro bowl level center for most of his career and I can’t help but leap at the chance to finally award Cleveland the winner of one of these deals. 1 point for moving back even though I have absolutely no idea who Kenyon Coleman (what’s up with the Browns and guys with the last name Coleman), Brett Ratliff, David Veikune, and Abraham Elam are.

Jags give up 4 picks for Derrick Harvey

Ravens then traded Brown and Slaton for the #17 pick and who did they pick? Yeah, the Ravens won this trade. 1 more point for moving back

6-4 in favor of trading back

I expected trading back to have a larger margin of victory. Trading up to get ‘your guy’ is a risky move, and we vividly remember the swings and misses as they become reoccurring stories lines for downtrodden franchises.  Yet, when you actually look at the trades over the last ten years, a fair amount of the risks have paid off. The issue is, I was grading this trades as simply having winners and losers when there is obviously a spectrum on both sides. I would imagine that when a team misses on a guy they trade up for, it has longer and more profound negative effects on a franchise. With that said, the amount of trade-ups that appear to have worked remains surprising. If you really like a guy, rolling the dice and trading up may not be all that crazy.