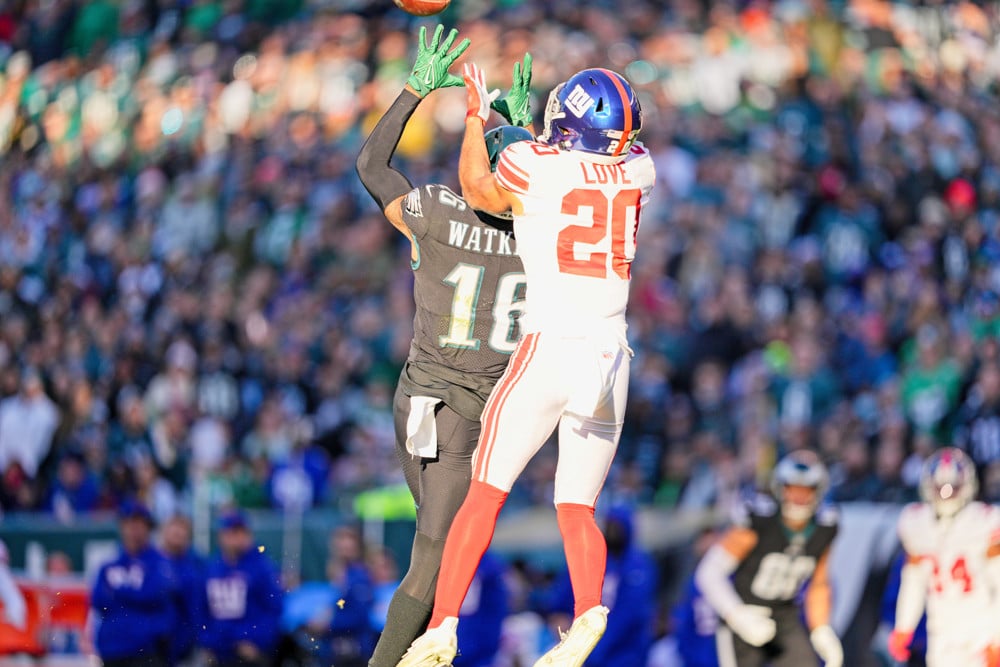 After hitting some of the essentials in our NFL Free Agency IDP Target Tutorial and Early Linebacker editions, we’re straight on to our early NFL IDP Free Agency Safety Tiers. Where we split those unrestricted free agents up and figure out our best early options, and at the tier of interest, we should focus on them. But first, a standard league format reminder.

These days, the NFL defensive back pool is huge. It’s the deepest of formats that any real priority might come into play with a DB. So, for now, these are “if” you’re in the market for a replacement player super early.

Or we’re looking to throw darts at potentially higher-end safety targets. But we don’t ever suggest falling in love with any DB to the point that we should ever break the bank to acquire him.

Upper-tiered talents. The safer safeties to pick up or watch and have the potential to perform well no matter where they sign or resign—and basically making this list based on his NFL career in total.

Also, taking into account his role and performance with his former team(s), and his projected NFL market based on what we’ve witnessed over the last few off-seasons. (No particular order, and all in the same tier.)

This one boils down to not only Jordan Love’s talent but also the FS role he plays in this defense. The anticipation is that the Giants resign Love after the season he had in 2022. But we want to cover both in this situation just in case.

As for Julian Love, not only did he grade out well on par. But he also was a leading defensive back player fairly often at DB in most formats. He came in and played at a level this role hadn’t seen since before former Giant’s free safety Logan Ryan. Ryan was an IDP darling for a while by default a few years ago. But that’s not quite the case with Love.

His really low and less than 4% miss tackle rate. Combined with his higher-end coverage, the completion rate hadn’t gone unnoticed. So the expectations with the Giant’s cap situation?

Well, it leads us to believe that it’s not only offensive pieces like Daniel Jones, Saqoun Barkley, and stud DL Dexter Lawrence the giants need to focus on. And keeping the guy (Love) who lead this defense all of 2022 on this defense for the future is a top priority.

So to make a point, and in case Love is lured away for all those reasons we mentioned. Here is the overall total tackle production on average this particular FS role has had to offer over the last four years with the New York Giants, which were tier-one options based on key and base core stat.

That grand total average per season, the Giants FS role gathers around 111.5 tackles a year. That’s one hell of a floor when you consider all the other splash play opportunities that come with playing the position. Big plays like interceptions and even opponent backfield stats.

Considering how this roster is still currently built. There isn’t any reason to think this role will change anytime soon. So we’ll want to prioritize whoever it is that has this role going forward. Then we would suggest it would be in-house options again if it’s not Julian Love.

Perhaps it’ll be with either former Jet Jason Pinnock, who has made a pretty decent impression. Or Dane Belton, who has more developing to do heading into his second season.

But whoever it is, make sure to get them directly at the top of your list as soon as they are signed. Because if anything. Recent history has shown this is one of those DB1 roles any player with any level of talent can be productive. That’s the reason to also target this position, just as much as the DB playing it.

The first of two starting Bengal safeties that’ll be unrestricted free agents in 2023. Strong safety Vonn Bell has been as solid as it gets at the position for a very long time. Between the two we will mention, we would assume Bell would be the easier safety for the Bengals to resign.

At least considering the cap situation versus his age and current career status. If resigned, tier-one remains the strongest option next year. And signing somewhere else would lead to the same observations as his projected tier for at least a few more seasons. When whoever would have lured him away would have likely paid him as the Pro-Bowl caliber DB he is.

One of the biggest IDP breakouts amongst the defensive backs this season. Former Raven backup safety Deshon Elliott signed with the Lions last off-season. And as a bonus landed their golden egg FS gig off the top for those managers throwing a dart last year.

Rewarded with top-tier defensive back results until an injury set in mid-season. Which then hampered his amount of playing time for a few contests and slowed his role a bit in the box score.

Elliott still maintained quality top-tier numbers. But unfortunately, he also wasn’t there for the main weeks of the fantasy football playoffs.

Missing weeks 16 and 17 with another injury. And this could be a red flag but isn’t enough to warrant avoiding him when he resigns with the Lions this offseason.

And that’s the likely outcome as Detriot continues to build this roster. Select their veterans by choice based on their character just as much as any talent. And according to Elliott’s current status with the team that we see being reported. His prove-it deal in 2022 will pay off big somewhere.

And as a Lion or anywhere else with his 2022 performance, he’s going to be brought in as a starter at his point. So either way, we have Deshon Elliott on your tier-one defensive back radar heading into next year.

The second Bengals safety to hit on. Jessie Bates is no doubt on other NFL teams’ safety radars. And we covered it more in-depth in the first FA tutorial. Bates is a great example of an early IDP NFL free agent with a scenario we want to target. And we certainly have this Pro-Bowler in this upper tier at the moment. (Read More)

After finally being freed from New Orleans via trade, the Eagles made good on playing Chauncey Gardner-Johnson exactly where they needed him. And for IDP managers that happen to be sitting on him in those deeper degenerate formats.

It was a huge boost to any manager’s secondary via big splash plays and interceptions. And best of all, as a DB play, there was plenty of room for our preferred combined tackle floor.

So after “flashing” as a third safety, that’s got a lot of plays over years as a backup. Then to just step in automatically and produce and perform at such a high level with the Eagles only backs up the thinking it’s the player and not the position. And any safety that can play the slot as well as he can. Won’t have any problems as a tier-one option playing anywhere else.

And it would be kind of silly to think he won’t be an Eagle going forward. Especially after they directly targeted this trade to do exactly what they set out to do.

And that was injecting a real high-end talent in a secondary. And to our IDP delight, at least for now. He has very little to compete with in terms of overall safety talent on this roster. And as it stands, he can absorb so many more opportunities covering for those that can’t in front of him.

Safety Reed Blankenship was the 5th DB in nickel personnel with Gardner-Johnson moving to slot CB ahead of Josiah Scott. #Eagles https://t.co/6c6GIQtboB

Buffalo has a lot at stake in terms of decisions to make about their free agents. And after looking at the overall cap picture and such, we do think that FS Jordan Poyer resigns with the Bills. And his age is a bit of a factor long-term, but his talent and experience are still very hot commodities.

So as long as Poyer wants to play, he’ll be a tier-one option for at least one more season. Especially when we suspect it would take one hell of a deal to lure Jordan Poyer away from this current super bowl contender. And this, again, would tag him as an instant starter when he’ll run the secondary, just like he has as a DB1 option.

Safeties we’ll take note of off the top if they resign with their 2022 teams. Their role is as important, if not more important, on their squads than anything, rather than their overall skillset and talent on film. Hence, if they stay home, draft, or acquire as normal.

But if they move on to another team, it’s not that we don’t think they can’t be successful. But more than likely, would point more towards who would be feeling their former roles—and reassessing where they’ve signed and the contract. And also the personal situation they would be stepping into.

Both Texans safeties, Jalen Pitre and Jonathan Owens, finished 1 & 2 at their position in producing tackles vs expected this season.

Grades could have been better but for #FFIDP purposes, they were the best at making the most of their tackle opportunities in 2022.#WeAreTexans pic.twitter.com/UZpKGbOAOd

The call is it’s best if signed elsewhere due to the current role they had with their 2022 teams. Or the history of the fantasy football production from with role or player. Although, each has talent and experience that, if added to another roster.

And with a better role scenario. Each would become instant “stock up” candidates based on the criteria of where they landed. And the projected new roles they may or may not have.

No player on either side of the ball played every snap.
On offense, center Josh Myers came closest, playing 99.73% of the snaps. He missed just 3 snaps in the Week 3 game at Tampa.

Bucs players who will be free agents in March:

Ryan Neal finished as the league’s highest-rated safety per @pff by the way #Seahawks
pic.twitter.com/oJE0B4eSC7

Note* Ryan Neal has to get away from Seattle’s other starting safeties, Jamal Adams and Quandre Diggs. Or he would have been in the T1 section.

Only notable if, somehow, the perfect signing happens somewhere. And even then, based on history, it would be very doubtful the investment would ever be more than they have been. And overall, in deeper formats, that’s mainly been as low DB2 options at best.

So perfect scenario or not, pump the brakes because there will likely be better options more trustworthy on the 2023 waiver wires to invest in.

The rest of the 2023 IDP NFL free Agency class is an example of the total amount of the defensive back player pool in the NFL. And these are just the unrestricted free agents, with a total IDP DB player pool in play as deep as 80 a week. And offers endless streaming options unless in the deepest of the deepest and huge IDP formats.

Our point? The lack of scarcity in the position, role, and safety production. Points to safeties becoming dime a dozen plays more going forward as cornerbacks have always been in the past.

So prioritizing the scarcer high-volume production positions like DE, DT, and Edge is moving up the board even faster now. And streaming all or even just our depth defensive backs based on positional value continues to gain more and more traction every year. And as we’ve mentioned, it would be with the shift in the NFL to more defensive back sets years ago.