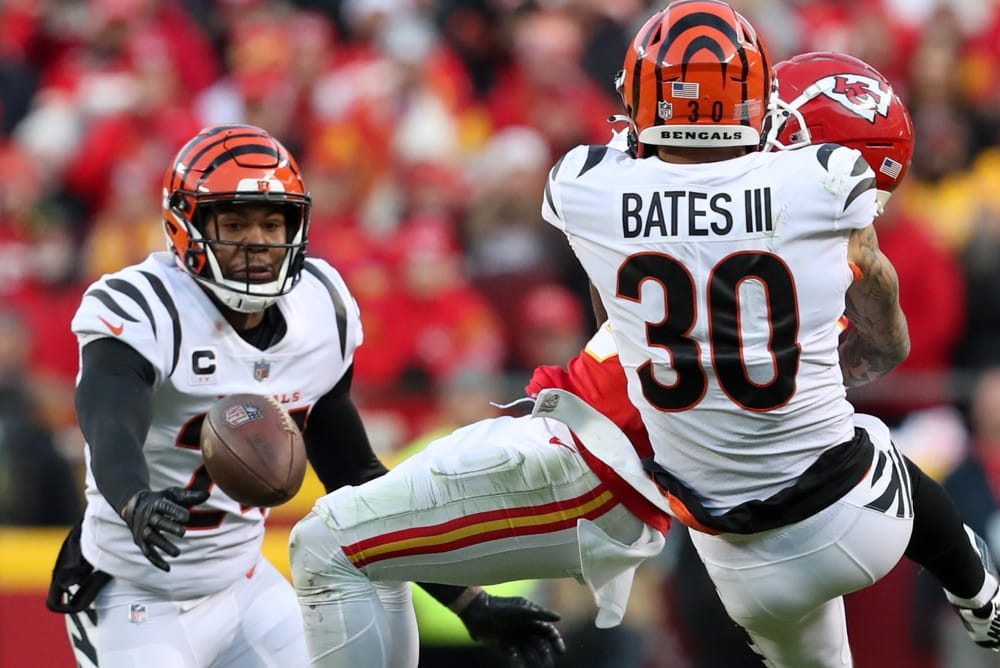 With the fantasy football season wrapping up so quickly. The focus will be on switching to dynasty content and the upcoming NFL draft. So think about a few things we’re about to share about the free agency period for IDP managers because this writer has personally helped a lot of managers. And so many of them win their dynasty leagues and early redrafts by simply hitting it via the NFL’s Free Agents.

They likely did it with little to no investment. So that’s how we’re breaking in the new year. By talking about NFL Free Agents in a short IDP Tutorial as early as possible and adding a few favorite targets. Before we move on to the next off-season stage of standard league IDP fantasy football.

In This Writer’s Opinion…

After many years of playing the game, the trend that’s taken over recently has swung the landscape in favor of paying very close attention to the free agency period. The NFL’s player pool for IDP is now expanded, with more players in rotation. And teams are relying more and more on NFL free agents to fill the voids or even grabbing those guys that are capable of building a defense around them.

That shows via the numbers if we look back over the most recent years. And the NFL Free Agents number compared to that class of rookies, trades, re-signings, or any other transaction that we can think of. But yet, this window only lasts a couple of months if we want to take advantage of it. Because right now is when the die-hards keep building.

After that, around the NFL draft, everything free agency is completely an afterthought. And most IDP managers don’t come in again for a short window and let players like we’re talking about go. Likely making room for draft picks and whatnot. Or accepting lowball draft pick offers we sent for the player in question he just might be willing to move on from. That’s always an option, right?

More often than not, when looking at each year’s class of IDP free agents. A player that was tagged the previous season has less chance to resign long-term in most cases. And Cincinnati’s free safety Jessie Bates is the first example of this that stands out this year. And that leads to looking over the team’s cap situation. This is likely why any player might have been tagged but not resigned with a big payday long-term—at least ones like Bates, who’s been borderline elite his entire career.

So although Bates is one important piece to their Defense, he’s not had a really strong IDP season in some time for his managers. And that’s our chance to take advantage in spotting a player not likely to resign as an NFL free agent. And with the state of the Bengals, all those offensive weapons, and contracts coming due. Bates might be a Pro-Bowl caliber player. But it’s highly unlikely they’ll be able to resign him long-term. If they couldn’t the first time, his contract came up last year.

And why are we now targeting Jessie Bates? Besides the idea, he’ll be on the move and could improve his IDP scoring status. Well, the recent trend in the NFL of grabbing FS similar to Jessie Bates has been on the rise for one. And it seems there is no shortage of teams willing to give these safeties major gigs in their defenses.

In turn. We have safeties like John Johnson, Rayshawn Jenkins, and, most recently, Deshone Elliot. And didn’t cost IDP fantasy Football managers hardly anything. At least before having solid DB1 seasons based on consistency in the box score. That could have been as little as a waiver wire suggestion this same time last year in an IDP tutorial like this one. (Wink-Wink)

They are looking for those linebackers that have been solid but are not their team’s main leader under contract. That’s another key thing to look for and exactly how Germaine Pratt and Bobby Okereke fit in as great NFL free agents as examples. And both mirror each other in more than just what year they were drafted and their roles. But that would take an entire article of its own, so we’ll save that for another time.

Besides finishing their current contracts up as great auditions and being capable of running any defense. Any organization needing a Foye Oluokun or Alex Anzalone-type target. Pratt and then Okereke are likely the order these NFL free agents will be signed to at least market value. And neither of their current teams aren’t likely to match it. Nor do they need to.

The Colts have big bucks wrapped up in Shaquille Leonard. And a very capable cheap option in 2022 breakout Zaire Franklin. And after the small sample mid-season, when all three inside linebackers were healthy, their became pretty clear to their intentions. When they bumped Franklin up and Okereke down, despite Okereke having one of the best seasons of his career.

Colts better give Bobby Okereke an extension. Although I think/feel the team will let him test the market.

Now apply pretty much everything we said to Germain Pratt. Except for losing playing time to a 2022 breakout. But we are noting there was a small window we saw more of the Bengal’s third inside linebacker. And via that small sample.

We think Akeem Davis-Gaither showed well as a potential replacement for Pratt. Because as we alluded to a little with Jessie Bates. The Bengals have some cash but do they sign aging defensive players now? Or offensive juggernauts like Joe Mixon and company sooner rather than later?

The only pair of teammates in the top-10 during that stretch 😤 pic.twitter.com/0IeHxuuNIj

So there we have it, two examples with three targets that normally only carry tier 2 off-season values. And that’s no matter their current production level either. So hopefully, we shared what is appealing and what to look for when acting early in the offseasons. And when NFL Free Agents are on the move or staying home—and creating or locking down some type of notable tier 1 IDP scenario.

Now let’s move on to a player I’m avoiding altogether as an NFL free agent. And although it is mainly a gut call. It’s based on what I’ve seen with scenarios like this one before that has me concerned. And willing to avoid it all, of course, unless it’s so cheap I just can’t walk away. But other than that, he’s also on all my trade blocks and can be had for cheap if you want him.

What transpired with inside linebacker Deion Jones this past season was terrible. In most cases, a tier 1 stock had been his tag last off-season. Adding assumptions at first, then fear later when all the drama surfaced in Atlanta. And nothing panned out in Cleveland, so what’s here to suggest my gut call is wrong?

Here's where Deion Jones' career is at:

Browns started Reggie Ragland over him 20 days after signing Ragland from the Raiders' practice squad. Ragland was behind Luke Masterson, Darien Butler and Curtis Bolton there, among others.

This includes where ever he signs. And most certainly, if he resigns with the Browns, who really only used Jones as a depth piece this entire time. So, in the end, the big trade was all for nothing. And that’s exactly the same as his momentum in this short IDP tutorial and targets. And I’m willing to be wrong here, as long as Jones is on someone else’s roster in 2023.