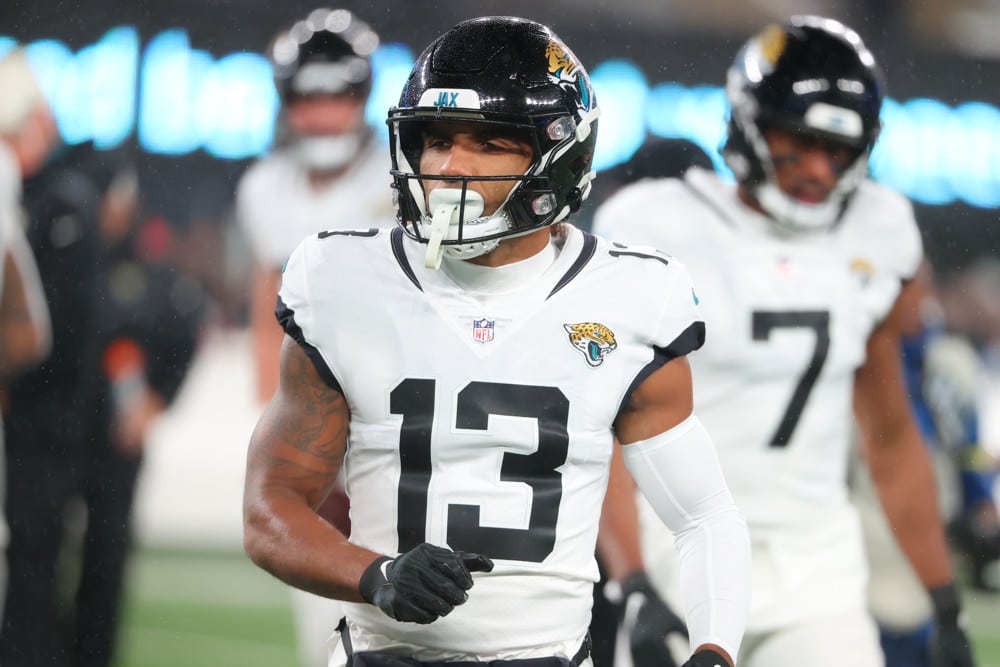 The guys (@GamblingPodcast) give out their favorite NFL player props in this NFL week 18 prop bets podcast. They’re joined by Terrell Furman (@ReallyRell__) from the NFL Gambling Podcast to give out plays on players like Derrick Henry, Cam Akers, Christian Kirk and more!

When you talk about motivation, the Bills have more than you could imagine, and Josh Allen will surely feed off of this. Titans Head Coach Mike Vrabel loves to run the ball when his back is against the wall and rely on his defense. In a divisional championship, your back can’t be more against the wall. Watson only had 9 completions last week and a surprising number of carries and now has to face the Steelers, without his right tackle. Najee Harris gets more efficient passing looks with Kenny Pickett and could easily reach his prop off one catch.

Geno Smith had 367 passing yards last time he played the struggling Rams secondary. Cam Akers has come alive as of late and should see 15+ carries. Trevor Lawrence will be in a rough weather game against Mike Vrabel and some returning defensive tools. Mahomes needs 430 pass yards for the single season passing record and could be reaching for it this weekend. If you have belief Stidham can put up some yards as well, take the combined yardage of 547.5, the pigskin could be flying all over the field in the Chiefs/Raiders game. MVS has the most snaps out of all Chiefs receivers, so he should have plenty of opportunities to sneak behind the defense and help Mahomes get the record.

Hayden Hurst has a number of arguably achievable incentives in front of him even though he is just returning from injury, so he should see some volume, as he could easily make an extra 250k. Jacksonville receivers Kirk and Jones both need a little over 90 yards to reach incentives. The Titans secondary is a little questionable as well. Trent Sherfield gets schemed up in the Redzone a lot for the Dolphins, so he should see some chances this weekend.

Sean DeGen Plays: Reggie Gilliam Anytime Touchdown 26-1, CHIG 2 touchdowns 60-1. Reggie Gilliam had a Redzone catch on Monday! Nathan Peterman is starting against the Vikings…not much more needs to be said. With Treylon Burks out, CHIG will get a lot of love.