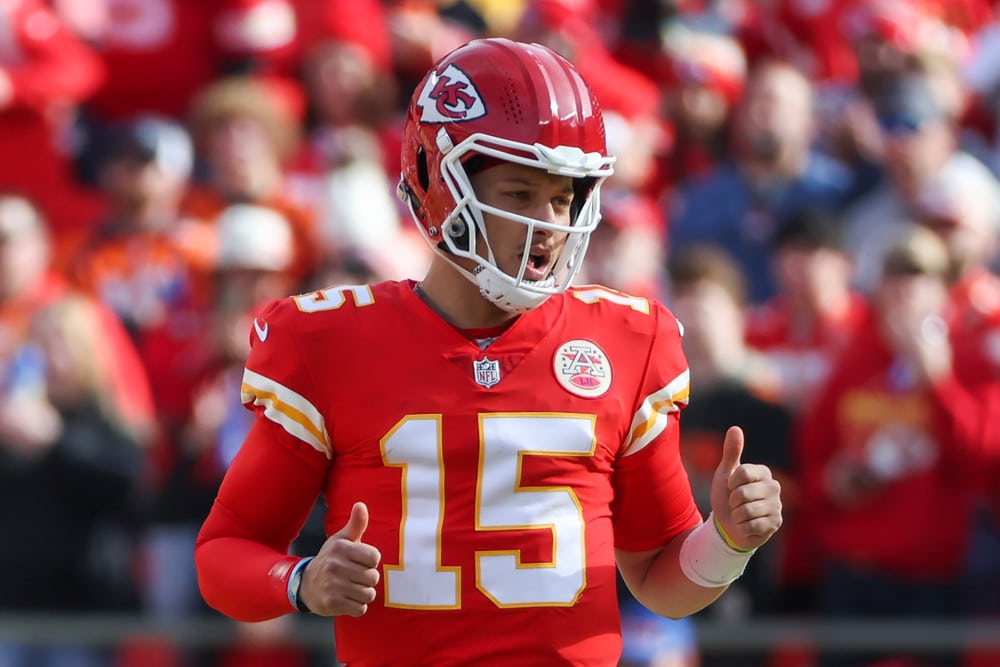 News broke on Thursday, January 5th, that the Bills vs. Bengals game would be declared a no-contest. While this was the most logical thing to do after the tragic Damar Hamlin injury, it does affect the playoffs. Three different teams, including the Bills, Bengals, and Chiefs are all eligible for the number one seed. However, because there is no winner to the Bills vs. Bengals game, the waters are muddied. The NFL is currently working on different AFC Championship game scenarios.

The good news is, Damar Hamlin has been making incredible strides in his recovery. We all know that is the most important thing within this article. However, because we are regular #Degens, we also want to know how the potential outcomes will affect our betting. We all know that homefield advantage can change the outcome of a game. Looking at WynnBet, the current AFC Championship odds are Chiefs (+170), Bills (+185), and Bengals (+375). Let’s look at what would give a team home field, and what would cause the game to play at a neutral field.

Chiefs, Bills, and Bengals Win or Only Bengals Lose Week 18

The first scenario to consider is that all three teams win this weekend. All three teams are touchdown or more favorites at WynnBet. The Chiefs (-9) play first at Las Vegas on Saturday afternoon. The Bills (-7) play in Buffalo vs. New England on Sunday at the same time the Bengals (-6) play Baltimore in Cincinnati. If each game ends how the books are projecting, with the favorites winning, then Kansas City holds the number one seed. They’re followed by Buffalo at the number two seed, and Cincinnati at the number three seed.

However, the seeding may not matter once the AFC championship game rolls around. In the event all three teams win, the AFC Championship game scenarios include a neutral site option. If Kansas City and Buffalo both make the final game, the game will be played on a neutral site, with neither team holding the home-field advantage. If you’re wondering why there isn’t an option for Buffalo vs. Bengals, it’s because they can’t meet in the Championship game due to how the playoff seeding and games leading up to play out.

Possible scenarios if each team wins Week 18 or if only the Bengals lose: Chiefs vs. Bills at a neutral field, Chiefs vs. Bengals at Kansas City.

If the Bills Lose Week 18

If the Bills lose, and the Bengals lose, the AFC Championship game would still be played in Kansas City. Despite which team they may play, the Chiefs would have the undisputed number one seed. In this scenario the Chiefs would stay at the number one seed, the Bills would be the number two seed, and the Bengals would be the third.

Possible scenarios if the Bills lose in Week 18: AFC Championship Game will be in Kansas City, regardless of the Bills’ and Bengals’ seeding.

If The Chiefs Lose Week 18

This is the scenario that can cause the most shift within the seeding and impact the AFC Championship game scenarios the most. First, if the Chiefs lose and the Bills win, the Bills would hold the undisputed number one seed. The Chiefs would be in the number two seed in this scenario, regardless of if the Bengals win or lose. The Bengals would have the third seed, whether they won or not. In this scenario, a Bills vs. Chiefs’ game would be played in Buffalo. A Bengals vs. Chiefs’ game would be played in Kansas City.

The Chiefs are in the driver’s seat as far as their number-one seed goes. A Kansas City loss and Buffalo win is the only way they would lose the number one seed. However, their number one seed is only undisputed if they win and the Bills lose. Otherwise, they could end up playing at a neutral field. The Chiefs would also find themselves at a neutral field if they lose their game and Buffalo wins. Or, if they lose, Buffalo loses, and the Bengals win.