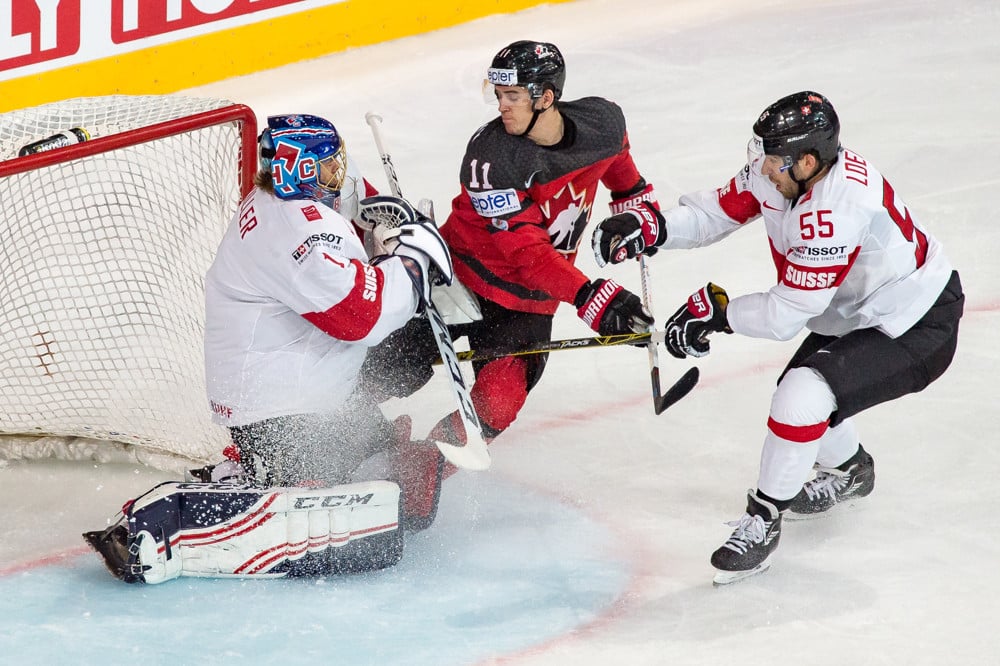 The 2022 World Juniors tournament was a success, or at least as much of one as we could expect after being rescheduled to the Summer. If nothing else, it provided us with good hockey in the middle of August. All the same, as a matter of tradition and of circumstance, this is a tournament that belongs to the holiday break; nothing says ‘Boxing Day’ more than waking up to a string of exciting hockey games played in the single international tournament we can depend on.

We also get to enjoy the small barns in which minor hockey thrives. Edmonton was a fair host in August, but Rogers Arena was consistently empty, creating a vacuous atmosphere that did not convey the spirit of the competition. Now we go back to Moncton and Halifax, which will undoubtedly be packed to the gills for the serious games where we will be reminded of the energy and competitive hostility this tournament is known for.

Now onto the betting.

This Team Canada roster might go down as one of the best in the country’s history. It is at the very least the best on paper since the ‘05 Bergeron team, which also featured studs such as Ryan Getzlaf, Jeff Carter, and a budding Sidney Crosby.

To give one an idea of the talent available to this forward group, Conor Bedard, who has been hyped as the next McDavid for years, is currently being pushed in the draft rankings by Adam Fantilli for the 1st overall – and they are projected to play on Canada’s second line. The first line will likely consist of Seattle Kraken phenom Shane Wright, his old Don Mills Flyers teammate Brennan Othmann, and the Coyotes’ 9th overall pick Dylan Guenther. This line also played together at the U-18 tournament two years ago, which of course they won.

The defence is no less impressive. Already stacked in the Summer, the additions of Brandt Clarke on loan from the Kings, Tyson Hinds from the Ducks, and Kevin Korchinski from the Blackhawks make this D-corps positively frightening. Where Clarke and Ethan Del Mastro are big, physical defenders, the puck-moving offensive ability comes in particular from Owen Zellweger, the best defenceman at the Summer tournament. He is the only undersized player at the position, but is an expert at creating space and has the vision to consistently make the decisive pass.

The one questionable aspect of this team is the goaltending; neither Benjamin Gaudreau nor Thomas Milic has particularly impressive stats. We expect whoever starts the first game will have a short leash, and that Dennis Williams will be looking to ride the hot hand. That said, with the talent in front of their net, the job of Gaudreau or Milic will be easier than that of any other starting goalie in the tournament.

The Americans are bringing back just five skaters from the Summer. This can be considered a good thing both due to all the new talent coming in and the disappointment of their 2022 quarterfinal exit to Czechia after dominating the group stage. The most important among them, the third overall pick Logan Cooley, is having an exceptional freshman year in Minnesota, scoring 25 points in 19 games; only newcomer Jimmy Snuggerud is faring better for the Gophers with 27 points.

Another reason for the turnover is the installation of new head coach Rand Pecknold, the legendary bench boss of the Quinnipiac Bobcats. He will nevertheless maintain the plan of utilising smaller, more mobile defencemen; other than Luke Hughes and Ryan Chesley, the whole backend consists of players under six feet, a marked contrast to the much bigger Canadian defence. Watch out for Luke Hughes, though: the 4th overall pick in the 2021 draft will likely be the team’s most important defender 5 on 5 as well as on special teams.

Kaiden Mbereko will once again be the starter for the US. He had a generally impressive performance in August, although there are still questions about his mental strength in higher leverage situations, such as in the quarter final loss to the Czechs where he allowed a couple soft goals.

The American team do not have the impressive high-end talent that the Canadians and the Swedes do, but they are well-balanced and have depth in every position. With a more positive coaching staff, the Americans should at least be able to advance to the semifinals, though anything less than a silver medal will be a disappointment for this team.

The Swedes are once again bringing a high-powered offensive unit to the World Juniors; their top line of Noah Östlund, Liam Noah Öhgren, and Jonathan Lekkerimäki is almost certainly the most potent trio outside of Team Canada. Summer tournament veterans Fabian Lysell and Isak Rosén will make for a similarly effective second line, with Lysell having a particularly impressive season with Providence.

The notable absence of Simon Edvinsson, who was arguably the best Swedish player in August, is due to his prioritising his AHL campaign over the national team. Even without Edvinsson, however, the Swedes bring a strong D-corps to the dance, including four of the top five scoring defencemen in the SHL (Adam Engström, Viktor Sjöholm, Hugo Jonasson, and Axel Sandin-Pellikka). They do lose elite goalie Jesper Wallstedt, but his replacement, Carl Lindbom, is having a breakout season of his own, boasting the 2nd best stats in the entire HockeyAllsvenskan.

The Swedes almost always possess one of the most talented rosters in the tournament, yet their problem has been putting it all together when it matters, often falling short in the most pivotal spots. That is why the most intriguing aspect this year is the arrival of new head coach Magnus Hävelid, who already won gold with the U-18s. We shall see whether he can get the most out of his elite players and attain Swedish gold at the U-20 level for the first time in a decade.

After losing out to Canada in the August final in the narrowest of endings, the Finns look to regroup and run it back. They will have to do it without most of the veterans of that campaign, however, and with a weaker squad on paper. The likes of Hirvonen, Niemala, Raty, Puutio, etc. are gone, and their replacements do not have the same pedigree, at least to date. While Brad Lambert and Joakim Kemell have returned, they are struggling somewhat early on in their domestic leagues, and have made a similarly slow start in their pretournament game against the US.

Aleksi Heimosalmi has also returned, and will be leaned on to bear the more difficult defensive assignments and provide the offence from the backend. The additions of Topias Vilen and Otto Salin will have to step up if Finland hope to ice a competitive defence, since this group looks thin, especially in comparison to previous Finnish teams.

Finland also appear to be taking a step back in net, with the excellent Leevi Merilainen no longer available. Still, their likely starter, the Kraken prospect Niklas Kokko has a respectable .904 save percentage in the Finnish 2nd division. Moreover, the Finns’ defensive style of hockey benefits their goalie by making his life easy in preventing a lot of high danger chances.

While this team is certainly weaker than the team that took Canada to overtime in the Gold Medal match, the Finns should never be discounted on talent judgments alone. This is a team that are built to overachieve in tournament play, since their overall performance normally works out to be greater than the sum of their parts.

Given the disparity in talent between the Canadians and the other nations, naturally we begin by looking at their odds to win Gold. Unfortunately, Canada’s price is somewhat prohibitive at -120, having already taken the early money from bettors aware of how much potential this team possess. That said, it is difficult to make a strong case for any of the other teams with their more glaring weaknesses, so we have to recommend a bet on Canada at -120. This is chalky, but they will be significant favourites in every game they play, and will certainly be a lot more expensive to back than -120 if they make the Gold medal match, which we expect.

While we think the Americans are the second best team at this tournament, one could make a case that there is some value on the Swedes at +650. While we know they have consistently underachieved at this level, they did recently win Gold at the U-18s, and have the coach who led that team behind the bench, so it is certainly possible for them to change the narrative. With the forward skill they possess, and a goalie who could be the best of the tournament when all is said and done, there is plenty of upset potential with the Swedish.