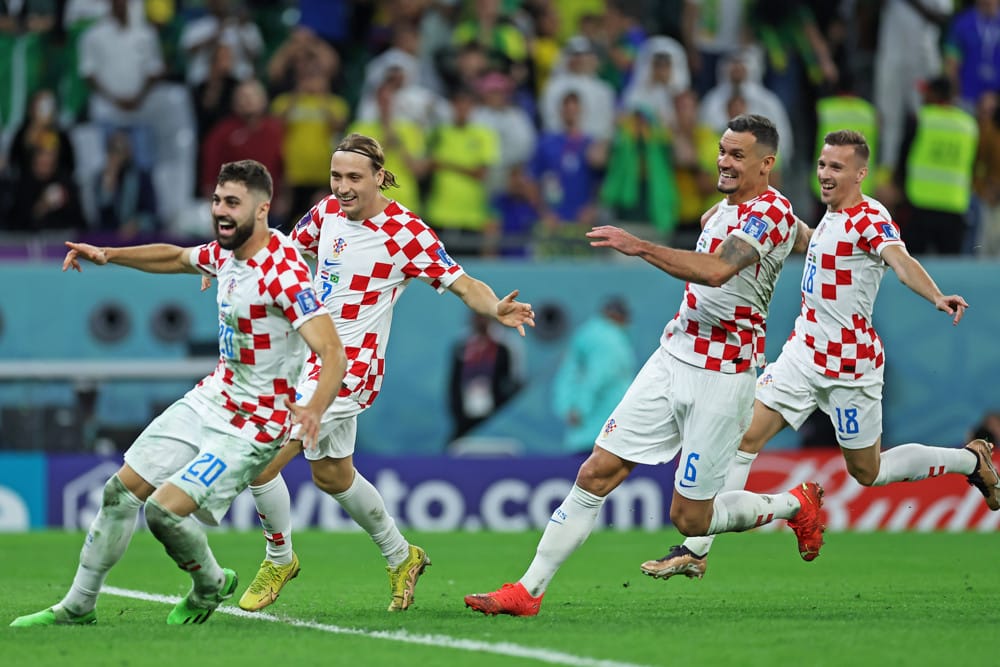 Will it be Messi or Modric that will get the second chance to win the only trophy missing in their colorful careers? Both have already lost one World Cup final and now will, most likely, get the last chance to win the World Cup trophy! Both Argentina and Croatia have rightfully claimed their spot in the World Cup December 13 semi-final match at the Lusail Stadium, with the first kick-off scheduled for 2 PM EST.

Keep reading our exclusive preview of this match and find out the best betting picks and odds for this exciting matchup!

Both teams have reached the semi-finals game after a heart-breaking penalty shootout against Netherlands and Brazil in the round of 16.

After upsetting the favorites to win the World Cup, Brazil, in an iconic penalty shootout, the “Vatreni” will now play a rematch. It’s a rematch of the 2018 clash against Argentina played at the 2018 World Cup in Russia. The Gauchos are the absolute favorite in this World Cup December 13 match and will look for payback after suffering a 3:0 defeat in that game.

Argentina was already one foot in the semi-final match controlling the game with a firm 2:0 lead at the 83-minute mark. Then Wout Weghorst stepped on the scene. First, the Dutch forward found the back of the net with a lovely header. Then he secured a late 100th-minute equalizer, forcing extra time in an incredible fashion.

After two extra times, 11 substitutions and 16 yellow cards, the match finally was decided. The winner of this incredible matchup was decided through penalty shootouts in which Argentina held their nerve and advanced to the semi-finals.

Argentina has never been eliminated from the World Cup after making it to the semi-finals. With the last trip to the final dating back to 2014 when they ended up losing to Germany 1:0. There is no doubt that Lionel Scaloni’s men will be super motivated for this clash. They’ve found the opponents back of the net twice in each of their last four matches and scoring in each of their last 14 matches.

The Gauchos full-backs Gonzalo Montiel and Marcos Acuna will sit out the semi-final matchup against Croatia with yellow card suspensions. Alejandro Gomez, Rodrigo De Paul and Angel Di Maria have all been dealing with some injuries, but should all be available on Tuesday.

Croatia Upsets Brazil and Aims for Another WC Finals

The Vatreni have secured one of the biggest upsets of the tournament. They got there by taking down the top favorite team to win the World Cup, Brazil. The brave boys of Zlatko Dalic have shown a lot of character from the first whistle-blow. They have been keeping their cool all the way until the end. It was 0:0 after 90 minutes of regular time, with the Brazilians taking the lead after a lovely Neymar goal in the 105th minute. Just when everyone thought that Brazil will advance, Bruno Petkovic leveled the game with a lovely cross in the 117th minute.

Zlatko Dalic’s side has reached the 2018 World Cup finals without winning any of the games in the knockout rounds. Now history is on the brink of repeating if they somehow find a way to advance to the finals through another penalty shootout. What’s more important for Croatia is that they are unbeaten in their last 11 games leading to the World Cup December 13 clash with Argentina.

Croatia has no issues with injuries ahead of the match with Argentina. Only Mateo Kovačić and Nikola Vlašić dealing with minor bumps.

It may sound like a cheap phrase. However, after Croatia upset Brazil and Morocco sent Ronaldo and his team back to Portugal, we can surely say that there are no more favorites in this tournament. It will surely be a tough and very intense match. There is a high possibility of a low-scoring game so the under 2.5 goals (odds -180) are very tempting. However, I expect Messi and the Gauchos to advance. Especially as they will look for a payback and that 3:0 defeat back in 2018. Betting Pick: Argentina to win at -115.