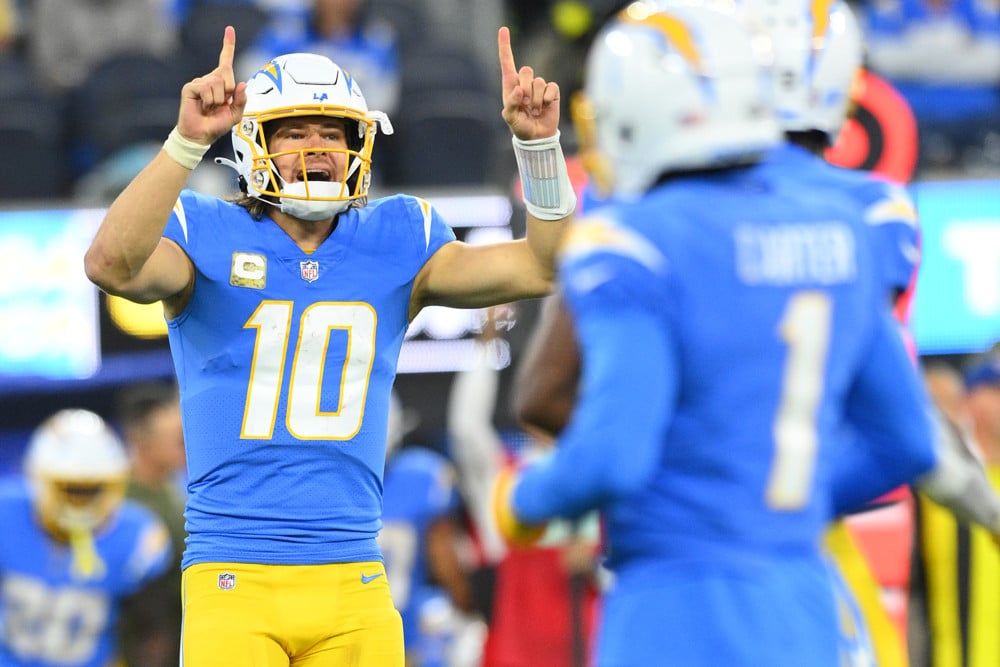 Praise the flex-gods! Last week we heard word that the less-than-stellar Chiefs/Broncos matchup was flexed out of primetime, and for good reason. Now, we are treated to a potential AFC classic between the Miami Dolphins and the Los Angeles Chargers.

To add even bigger stakes, the Dolphins (8-4) are competing for the #1 seed in the AFC. On the flip side, the Chargers (6-6) are competing just to stay alive in the playoff race. Let’s take a look at this primetime matchup and what we should expect.

Situationally, I love this as a ‘get-up’ spot for the Chargers. The Chargers have an opportunity to make a statement in primetime against a top AFC contender. Let’s make something clear; this is no slouch of an offense.

The Chargers currently rank in the top 10 in both passing offense and points per game. Yes, they have had a down year, but this is truly a do-or-die game for Los Angeles. The best case for the Chargers is that Miami’s 20th-ranked defense will let Justin Herbert keep his team in this game. In this primetime stage, I expect the Chargers to keep themselves afloat.

This is one of my favorite plays this weekend. I expect Miami to rely heavily on their run game in this matchup; for good reason, The Chargers rank 29th in rush defense.

It is also important to note that, In their latest injury report, The Dolphins listed QB Tua Tagovailoa (Ankle), WR Tyreek Hill (Illness), and WR Jalen Waddle (Fibula) as limited practice participants or did not practice at all.

While I fully expect them all to play, this is a game in that they may not need to rely on their passing attack and still have success.

This total just feels a little too excessive. The Dolphins are currently averaging 24.9 points per game, and The Chargers are averaging 22.7 points per game. This gives us a rough total of 47 points. We’re going to get everyone’s best football Sunday night.

I like this prime-time matchup to stay under 51.5 points.

As previously stated, I think the Dolphins will try to rely on their run game in this matchup. With the recent injuries, I expect the Dolphins to attempt to take the load off of Tua Tagovailoa and his receiving core.

With that being said, I expect that running back Raheem Mostert will play a big role on Sunday night. Mostert has gone over this total in three of his past five games, and he is averaging roughly 51.5 rush yards per game. You need to be a balanced team on offense to contend in this league. the Dolphins have shown us that they can sling the rock; I think tonight they show us that they can run the rock. 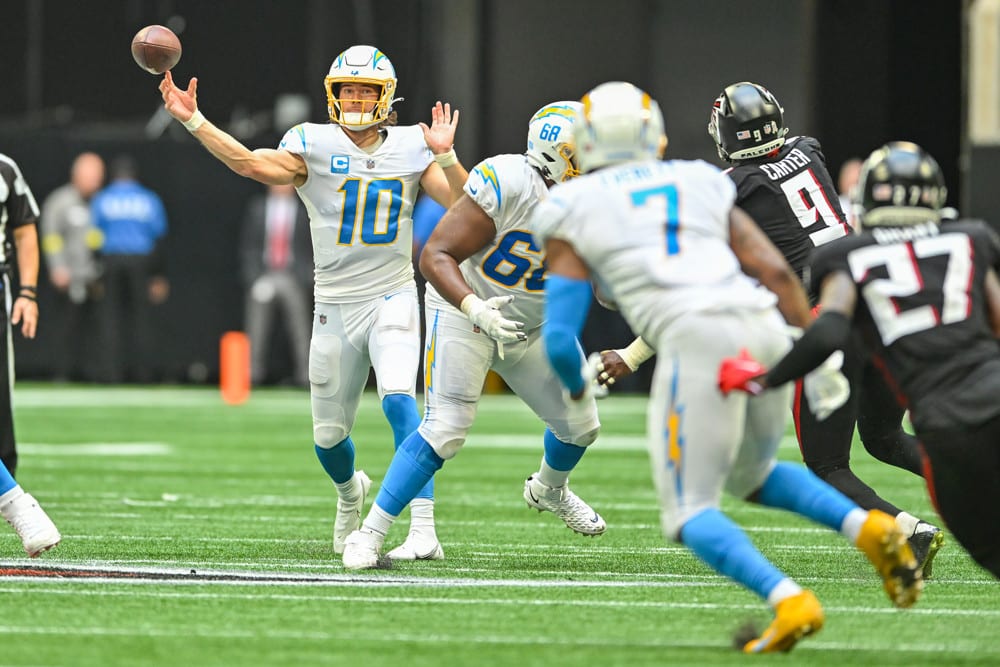