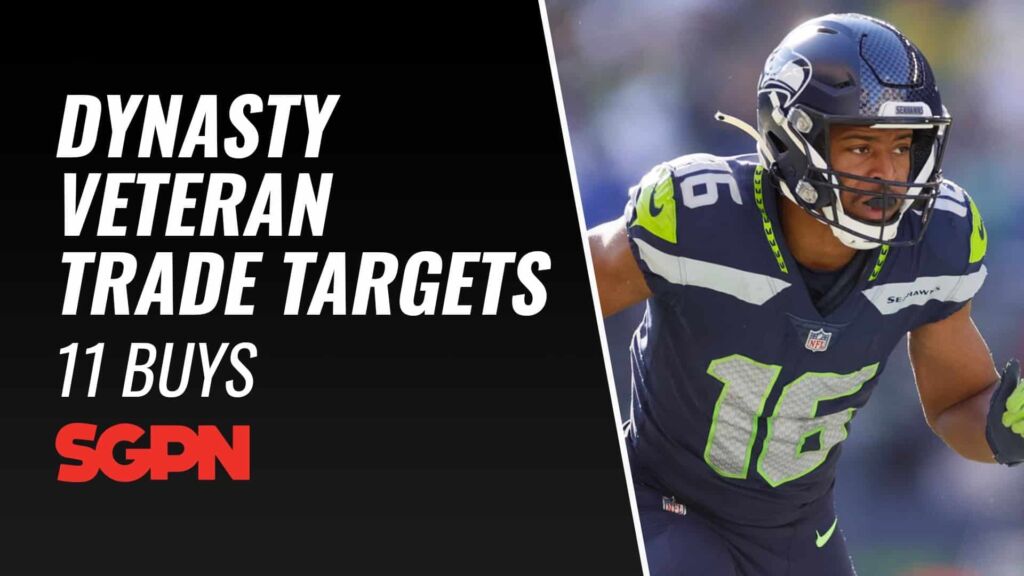 Trade deadlines in your dynasty leagues are one of the most active times for trades. Rebuilders are trading off pieces, and contenders are loading up. Regardless of your situation, you need to be aggressive and active..

You don’t want to be left holding assets because you waited too long or missed out on players while other contenders beat you. Do your homework, and see which league members match your needs or assets.

Looking at future value is important in a dynasty, but for this season, it is important to look at fantasy schedules if you are trying to load up for this year. Here are some veteran players that you should be trading for right now.

There is a case to sell and a case to buy Geno Smith. It really depends on where your team is to determine what side of this you are on. But Geno Smith is someone you should be trading for right now. Not only does Geno offer some value this year, but likely next year as well. Geno Smith (32) is younger than Kirk Cousins (34), Matthew Stafford (34), and Russell Wilson (34).

Smith has absolutely earned a starting job and the value. Geno’s Seahawks are currently 6-5, and he is the quarterback 7 in fantasy football. I do think Geno is back with Seattle next year.

Jimmy Garoppolo has been QB16 since starting week three and QB10 overall since the Christan McCaffrey trade. There are reports that teams were interested in Garoppolo this offseason, but his shoulder surgery delayed things. He will have a market next year, and he is a free agent. Jimmy can wait for coaching hires and let the market come to him in free agency.

The teams reportedly interested last year were the Commanders, Buccaneers, and the Panthers. All three could be looking for a new signal caller next year. My prediction is that he reunites with Saleh and Lefleur with the New York Jets. Another team that has a ton of weapons and a good defense; he knows the offense. 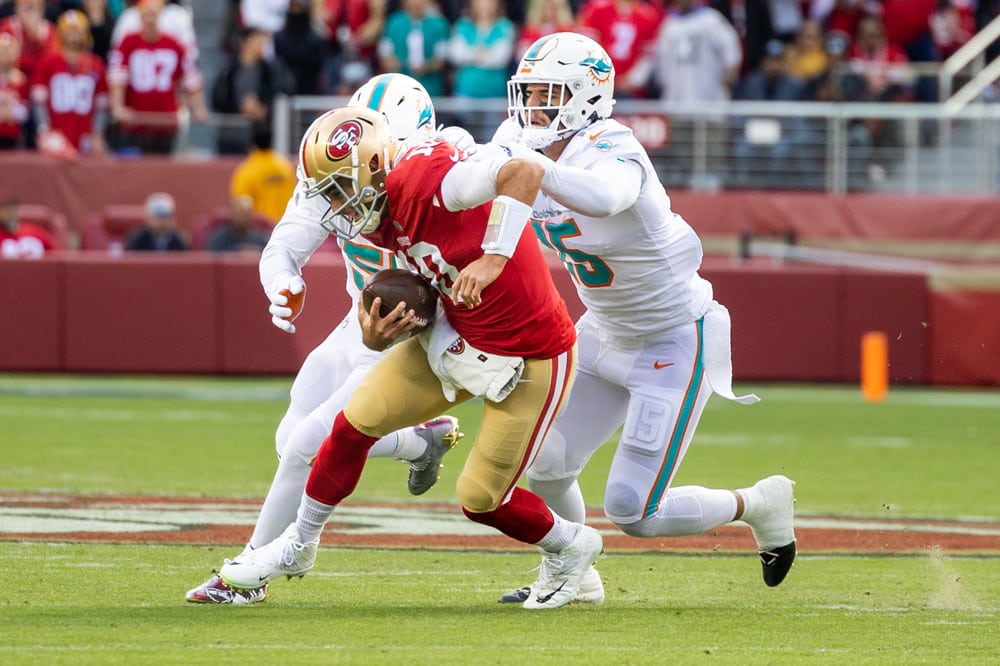 Alvin Kamara has been a bust this season, and people are ready to give up on him. He has dealt with injuries, bad quarterback play, and just a bad situation. All of this had brought his cost down and a potential looming suspension.

Kamara’s schedule opens up this week, and after the week 14 bye. He has one of the best fantasy football playoff schedules, and in a dynasty, you would still have him next year. Kamara is likely on the Saints until after the 2023 season. There is an opt-out in 2024.

James Conner has been the RB4 since returning. I do not see a lot of long-term value. But Conner fits the bill if you are looking for someone that can help you finish the season strong. He is averaging 19.3 fantasy points (PPR) over the last three weeks and has gotten in the end zone 4 times.

Conner should be back on the Cardinals next year; he is under contract through 2024 with an opt-out after 2023.

Keenan Allen has been one of the best wide receivers for a long time. At 30, his best years are behind him, and his trade value shows. Allen is WR18 since returning and offers you solid WR2 numbers each week with WR1 upside. Rebuilders will be looking to sell, and contenders will be looking to buy; go get Allen and go get your championship.

Tyler Lockett, like all of the Seahawks, has outperformed expectations. Lockett is WR13 on the week and has been one of the more consistent options at the position. Lockett only has two games below 10 PPR fantasy points this season.

He also has six games above 14 points in his 12 games this season. Lockett really benefits from being the #2 on the offense, as he typically gets lesser coverage. He also plays in the slot at times, and the situation is going to be the same, most likely next year. Lockett is now the consistent PPR option you want on your team. Go get him.

Juju Smith-Schuster was the WR11 between weeks four and week nine before getting hurt. He was becoming the 2nd option on this team and should be for the rest of the season. Skyy Moore hasn’t shown up yet, and Kadarius Toney can’t stay healthy. Go get Juju before the window closes.

Next year he will be looking for a long-term deal, and at this rate, he has earned it. Look for him to get a Christian Kirk-type of contract in a weak WR market. The Chiefs likely can’t afford him, and he will have a great market because of the lack of options. Juju will have plenty of options; I am going to put him on the Buffalo Bills with Josh Allen and Stefon Diggs. 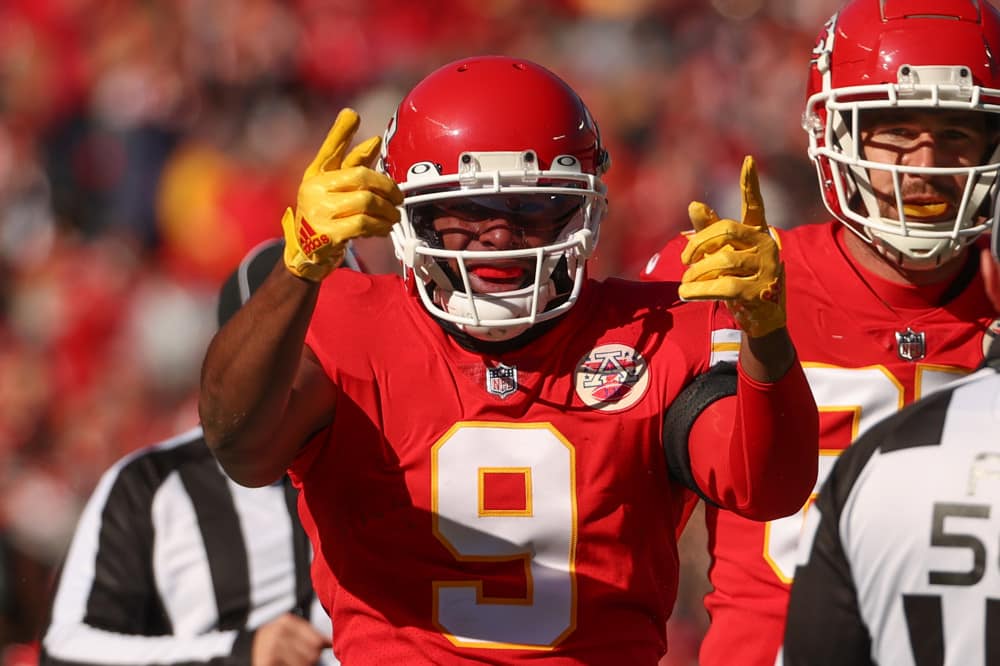 Tyler Conklin was the TE3 with Joe Flacco, and then Zach Wilson showed up. He was the TE15 with Mike White for one week. Conklin signed with the Jets this offseason, and as long as Zach Wilson is not the quarterback, he should be in your lineups. Conklin is young for a tight end and is in a good situation.

Hayden Hurst is the 10th-best tight end in fantasy football this year. He has offered a safe floor all year, scoring 8+ points in 7 of 12 games. Hurst has had four games with 10+ points and only had three games under 7.4. He isn’t going to win you the week, but he offers some safety in a volatile position. Hurst is a free agent next year; he fits the Bengal’s offense and would be a good fit to return.

If you are in need of a tight end in 2023, Ertz is worth a stash. Throw a 3rd round pick out there and see if you can get him. Ertz is 32, which is not that old for tight ends. Travis Kelce is 33 years old. Especially if you are a contender, you can shore up a shallow position on the cheap.

These are approximate trade values. If you like the player, do not be afraid to pay a little extra to get it done. Winning trades is fun, and winning championships is better…Go get your guys!