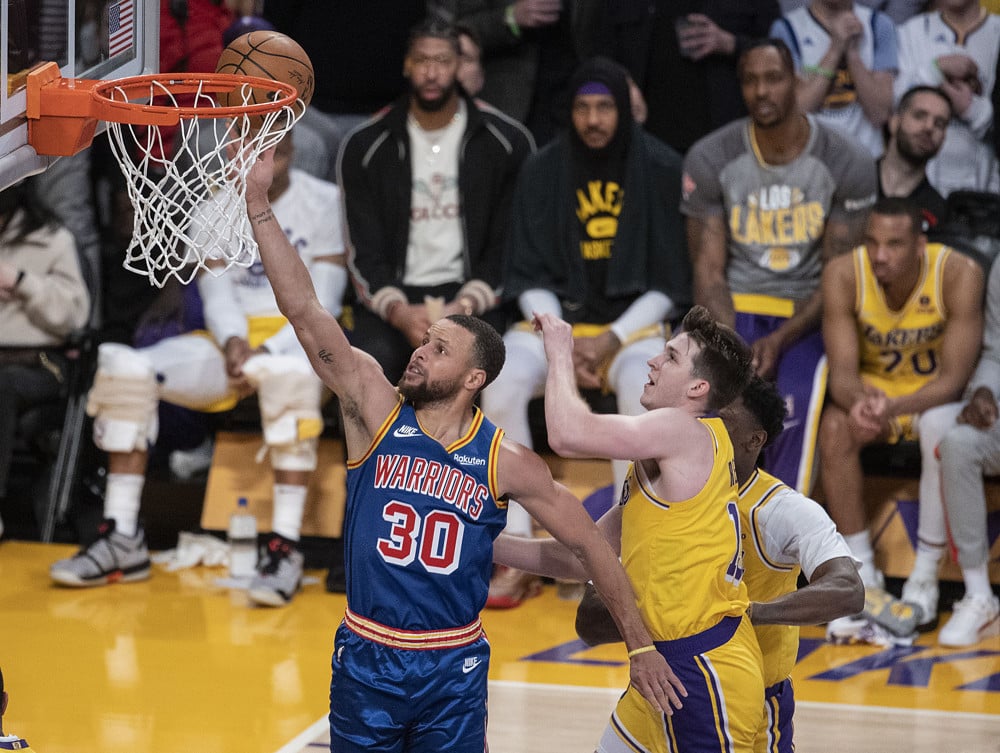 Before you stuff that Thanksgiving turkey, stuff your wallet with a winning NBA DFS lineup. This Wednesday, 24 teams are in action before getting the holidays off with their families. We’ve sifted through all that action and found you the players set for a big night.

If you’re looking for someone to build an NBA DFS lineup around this Wednesday (or any day in the near future) Stephen Curry is your guy. He’s gone off for 74+ in two of his last three games and managed only a meager 52.0 in the other game. While the lower end of that isn’t ideal, it’d be close to what this salary projects as. Add in that he’s coming off a day off, and he’s ripped for another 70.0 point night.

Giddey has not been shooting the ball well as of late. In fact, he’s missed his last seven three-point attempts. Still, he’s gone for 46.0 and 40.3 respectively over his last two games. The big difference is that he’s started to fill out the stat sheet the way he did last year en route to a slew of triple-doubles. With Denver allowing the third-worst opponents’ shooting percentage, there’s a chance he gets the scoring going and has a big night with boards and dimes too.

Kelly Oubre might only be averaging 5.3 rebounds a game over the year, but he’s averaging 7.3 over the past seven games. The scoring is ticking up too – making him a great value for Wednesday. But honestly, the best part of Oubre is that he’ll be looking to snag those rebounds against a 76ers team without Embiid.

Double-doubles in each of his last two games and three out of his last five – Markkanen might be the biggest reason the Jazz aren’t an awful team this year. He’s hot right now, but even if he just hits his season average of 40.2 fantasy points, he’ll be on projection. In addition to being hot, he’ll face Detroit, who is dead last in the league in giving up points to SF/PF.

Over the last two weeks, Al Horford has averaged over 30.0 fantasy points a game. Numbers like that make him an NBA DFS steal at this price. It really seems the only reason he’s listed so low is a dud last time out. Let’s double down that he won’t do that two games in a row. (Note: last time he scored less than 20.0 fantasy points, he rebounded with a 12/12 day).

Okay, so Griffin is likely to have a reduced role following the return of De’Andre Hunter on Wednesday. However, With Hunter out, he played 30+ minutes and averaged over 28.0 fantasy points. That has to earn him enough burn to be valuable even with a bench role.

There are lots of reasons to love Bo Cruz in this spot – in fact, he’s maybe my favorite NBA DFS sleeper lately. He’s gone from logging 3 and 5 minutes in back-to-back games in October, to now getting in the 20s and 30s over the last four. The rebound numbers are going to be there if he gets the time and Brooklyn is allowing a lot of points to SF/PF lately (26th in the league).

Do I love the numbers Dosunmu is putting up? No, I do not. Does it seem like he’s likely to break out on Wednesday? No, not really. So why do I like Ayo in this spot? In short, he’s a starter who plays over 25 minutes a game and we’re getting him just above 4k.