The XFL finally, officially announced the new team names and logos for the upcoming 2023 season, and I have our first XFL power rankings.  With the new tean names and logos, along with the coaches named, I feel that I have enough information to accurately rank these teams based on a garage-level power ranking. Make sure to keep checking back to Sports Gambling Podcast’s website for more XFL articles and information. 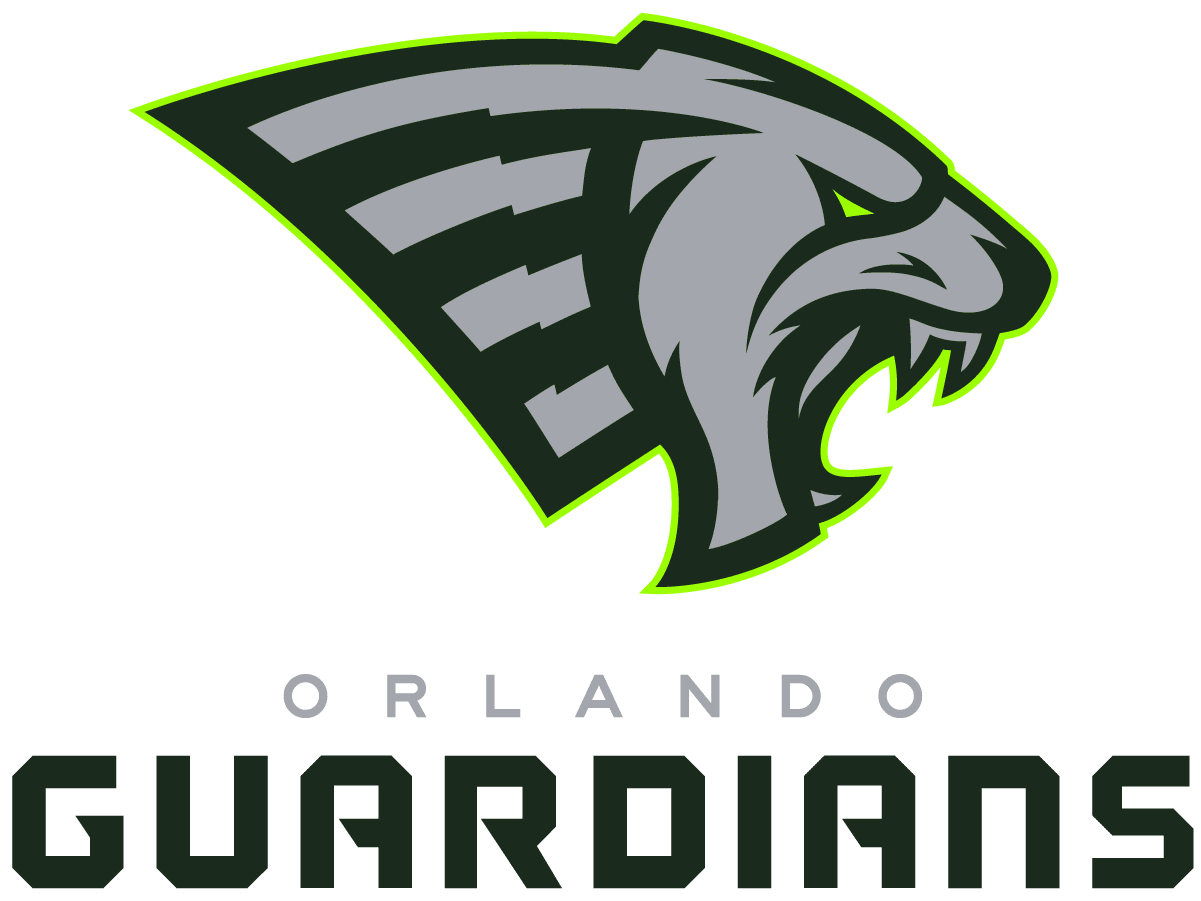 Finishing towards the bottom in all categories, the Orlando Guardians bring up the bottom of the league in most things, including the XFL power rankings. Not that this is a bad thing at all as just being in the XFL classifies them as legend status within the garage. I even have a poster of Marc Trestman, perennial coward of the week, hanging in my bathroom somewhere. That being said, this rebrand of the New York Guardians just isn’t doing it for me. The move from a rat-like creature into what I’m going to be calling a werewolf sure is an odd choice. And the green on green just leaves me worried that the jerseys could end up looking like some bad Oregon alternates.

I also wish they would have changed the team name as Guardians just doesn’t have a Florida feel to me. Maybe if they went with the Swamp Things. Or my suggestion of the Orlando Crocodiles, then I’d have a little bit nicer things to say. However, as they stand, the name just makes me long for the Rats of New York. Buckley as a coach isn’t a bad choice, but the lack of head coaching experience brings him down on this list a tad. He does have a swag factor that I think players would enjoy playing for. Also, according to some sources he’s the inventor of the Lambeau Leap, which is pretty badass. All things put together, this Orlando team leaves my eyes wanting more and my mind skeptical. 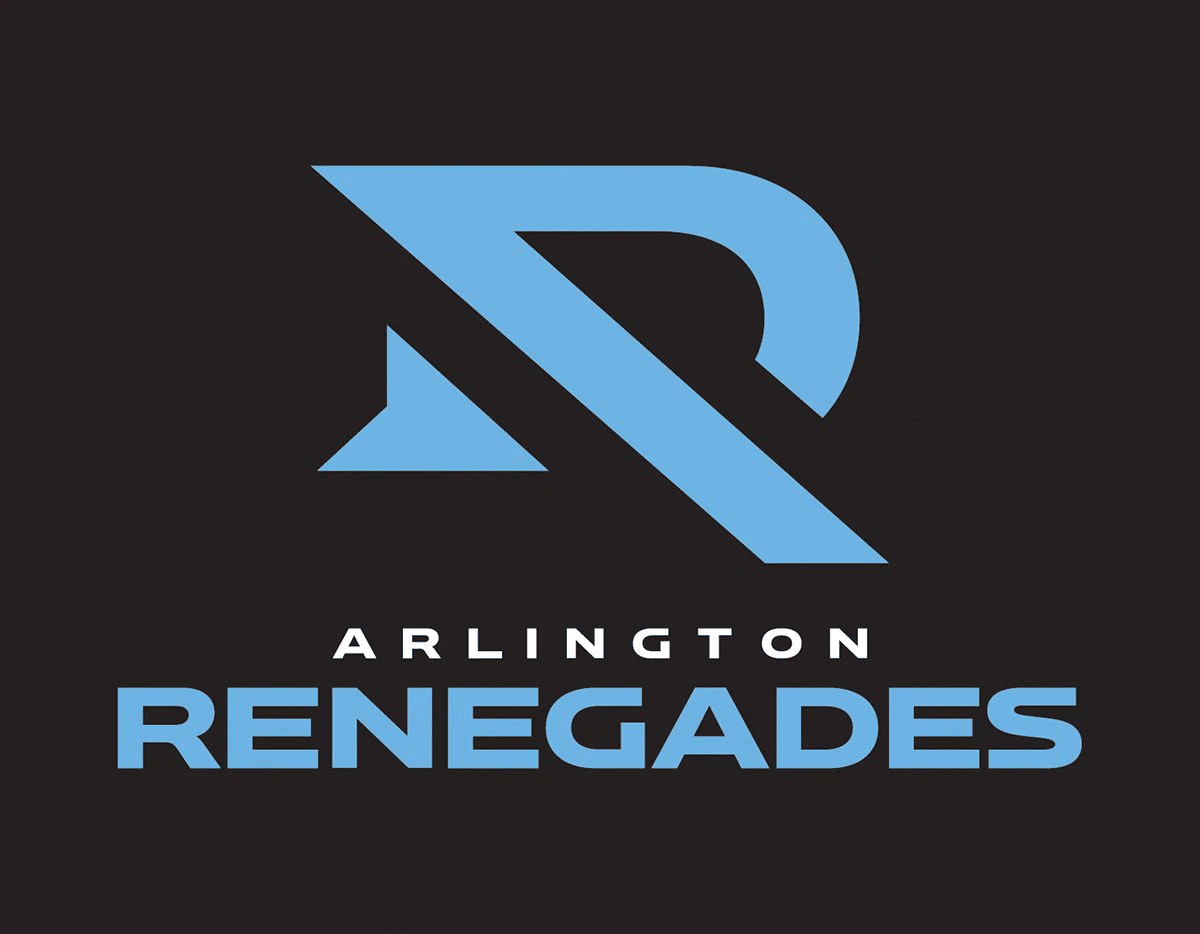 Bringing back not only the only head coach that coached in the 2020 league, but also having Jonathan Hayes as an OC (Hayes coached the Battlehawks in 2020) this team is dripping in nostalgia and experience. That bumps them to the top of the garage’s coaching ranking for the XFL power rankings. I did some meditation in my homemade sweat lodge (a meat locker with a space heater) and concluded that the Arlington Renegades doesn’t slip off the tongue in a very pleasant way. Just try saying that to yourself right now. “Arlington Renegades” kind of leaves you thirsty for a soda just saying it.

As for the logo itself, don’t even get me started. That’s not a real logo. That is a corporate placeholder logo or something you see at the bottom of a contract when you’re selling your home to someone trying to build a freeway through your nice peaceful town that never hurt nobody. All in all, the uninspired logo and decision to really embrace Arlington instead of Dallas as a whole, drag down what I consider the most impressive coaching staff of the entire league. 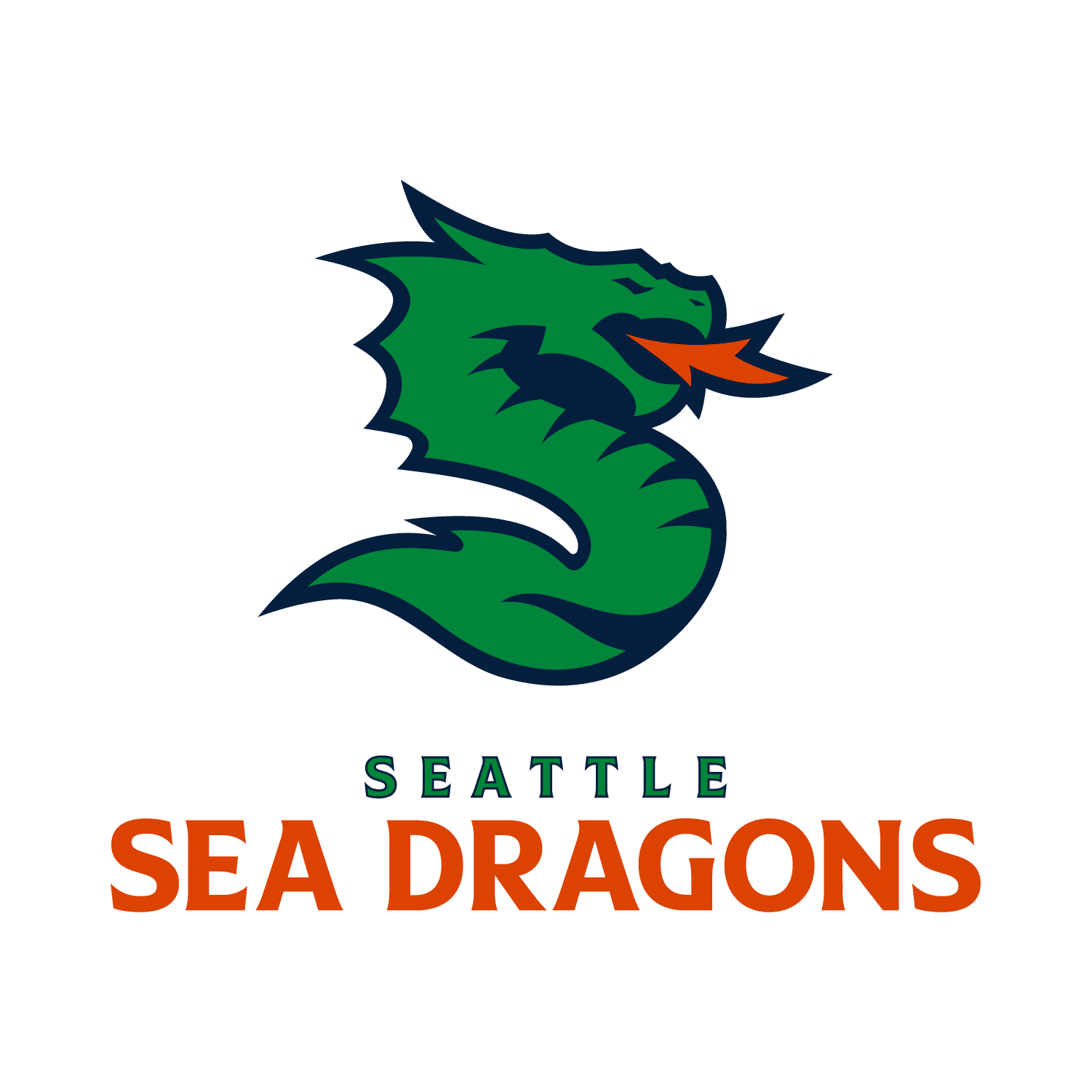 Some of you might wonder why this logo isn’t the worst-graded one on the XFL power rankings and I will tell you why. Back in the older days of the internet, there was an amazing flash animation series out there known as Homestar Runner. One of the videos in this series introduces a dragon-like being known only as Trogdor The Burninator. This resemblance is the only thing saving this atrocious logo that in all reality looks like a middle schooler drew it. The only reason they’re ahead of Arlington in the logo department is that they actually tried to create a logo. As for the name…Sea Dragons? Are you kidding me Seattle. You guys didn’t invent the ocean. Not everything in the city needs a nautical twist on it.

This team could have remained as the Dragons and been perfectly fine for me and I’m sure many others. As for the coaching score, they are lucky to have one of the four coaches with previous head coaching experience. He’s also coached in alternative leagues, which if you know us Jim’s, that’s a big check in our coaching book. I think the Sea Dragons will probably be a strong team and have good fan support like the Dragons before them. However, they’ll have to overcome maybe the dumbest logo I’ve seen in a while. 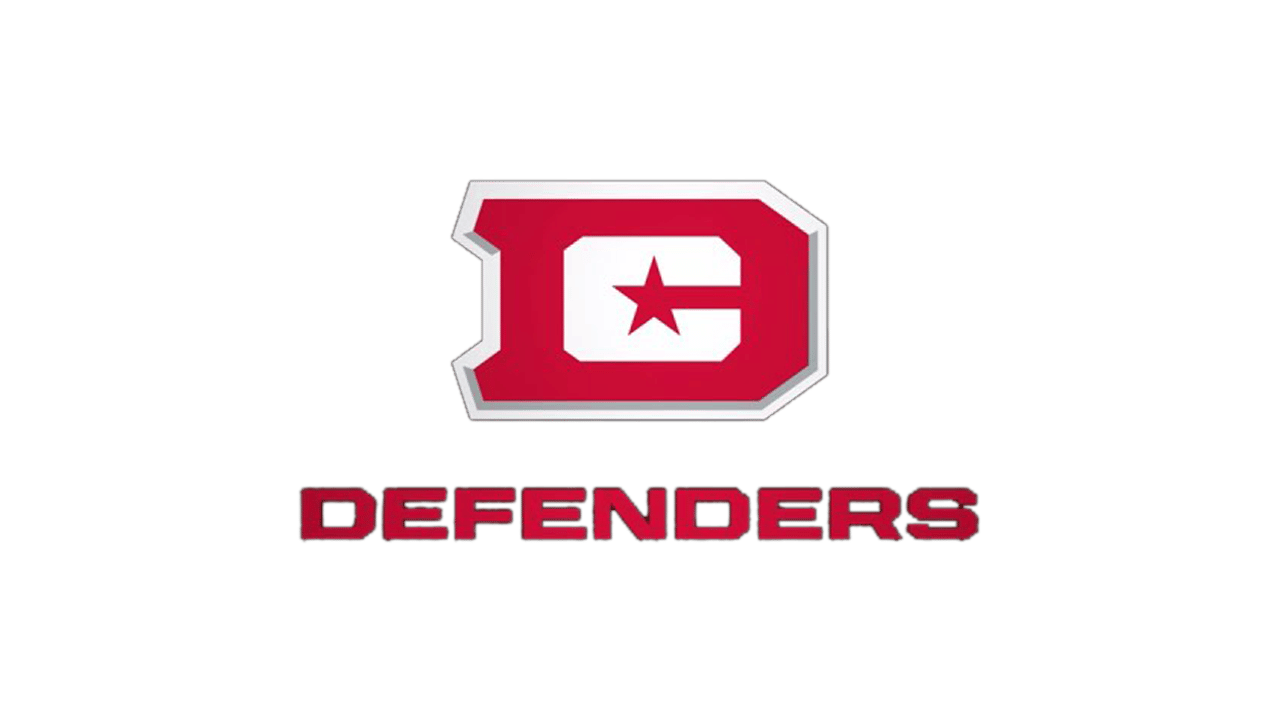 At number five on the XFL power rankings are the D.C. Defenders. One of the holdovers of 2020, I love keeping the Defenders title. It works for the location and the color scheme still pops. That being said, this logo is not doing anything for me. It makes me think of a zoomed in shot of a cowboy’s boot where you see the spur just spinning in the wind. That makes me think of the wild, wild west and not the capital of the country.

Similar to Arlington, the alternates for the Defenders are the old shield logo they had in 2020. Which I for one think looks way, way cooler. As far as coaching goes, it sure helps that Barlow has a little head coaching experience, especially his HBCU experience. Being that a league like the XFL does draw more from HBCU’s than the NFL and knowing the players at that level of play is a nice bonus. Overall, the name and coaching are nice, but the logo brings down the Defenders to the middlest of middle-of-the-pack teams. Let’s see if they can’t excite when the jerseys are finally announced. 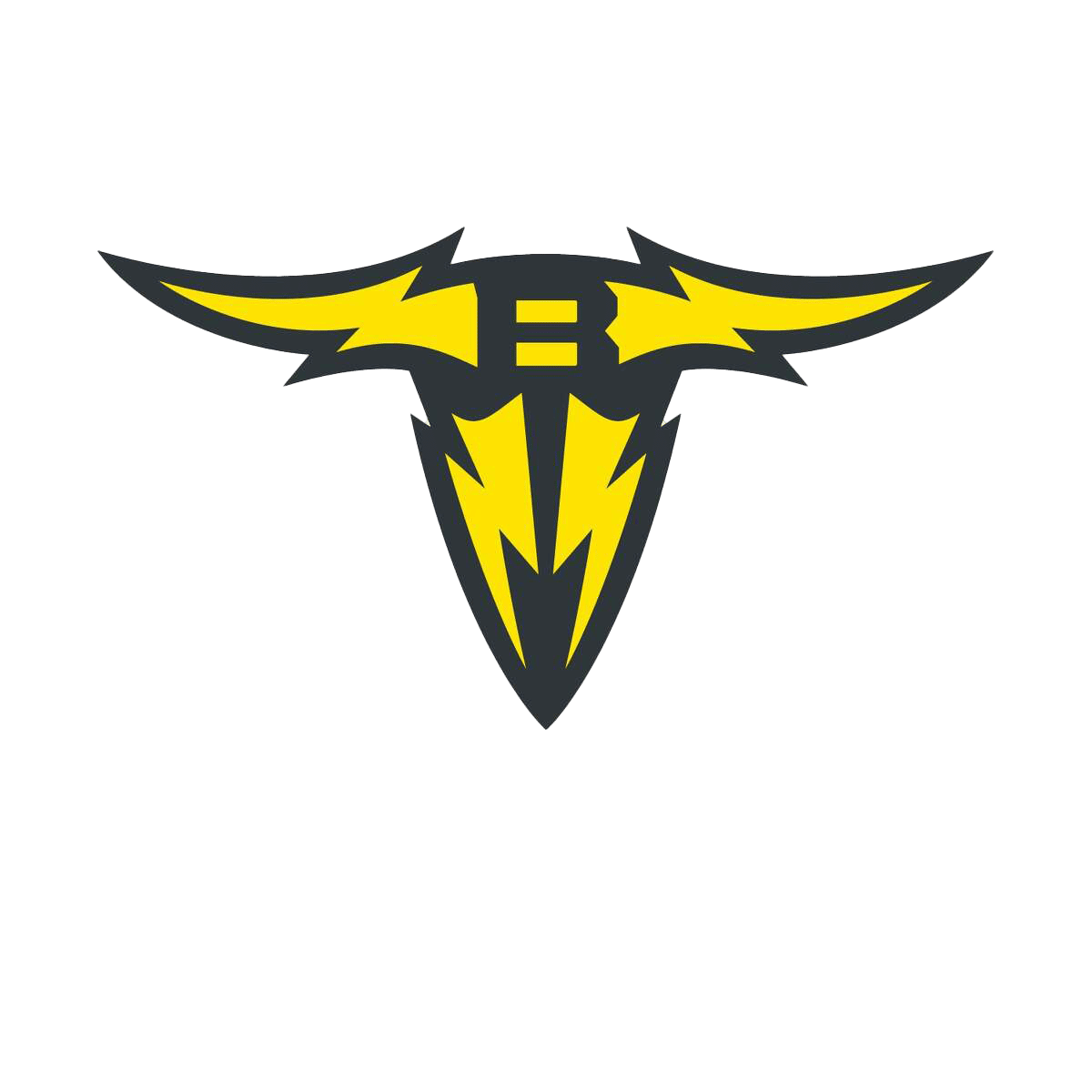 The Brahmas are one of the brand-new teams in the 2023 version of the XFL and they HAD to make a splash with their new logo. And I think they did, which helps them in the XFL power rankings. One of two logos that really turns me on in a physical way. It does the job of both looking distinctly Texas with the bull skull, but also somehow looks like the nether regions of a Xenobite from Hellraiser. The pronounced yellow on a metallic gray looks very nice to me as well and makes me salivate at how these uniforms will look when they’re announced.

The Brahmas is also a very unique name and I’ll always award points in these leagues for being different. It invokes a sense in me that I didn’t know I had and that is a connection with the land of Texas (an area of the country I’ve never set foot in) and for that San Antonio, I thank you. As for the coaching grade, it hurts the Brahams that Ward is one of the coaches in this league lacking in head coaching experience. That being said, the strong nature of the logo and name helped bump up the San Antonio Brahmas in my XFL power rankings.

Back-to-back sexy logos in the XFL power rankings, if you know what I mean. This logo gets my jimmies up not just because of the sleek look but that color scheme just begs for Vegas to have the best uniforms in the entire league. The red and black just snap and that V looks so sharp it makes me worried I’m going to cut myself on those edges.

The name of the Vipers also works for a town like Las Vegas for a couple of reasons. For one, I love alliteration and Vegas Vipers is fun to say. And second, when you think Vegas, you also think desert and therefore snakes. It just makes sense, people. The Vegas Vipers only downside right now is that they don’t have a stadium to play in. And on the off chance they don’t even play in Vegas, that lowers this team all the way to the bottom of my rankings. My favorite coach in the league with no head coach experience, Woodson has seemed to do a pretty good job of getting into the culture of Vegas. As well as getting the city to embrace the XFL, which is tough when you don’t even know where you’re playing. 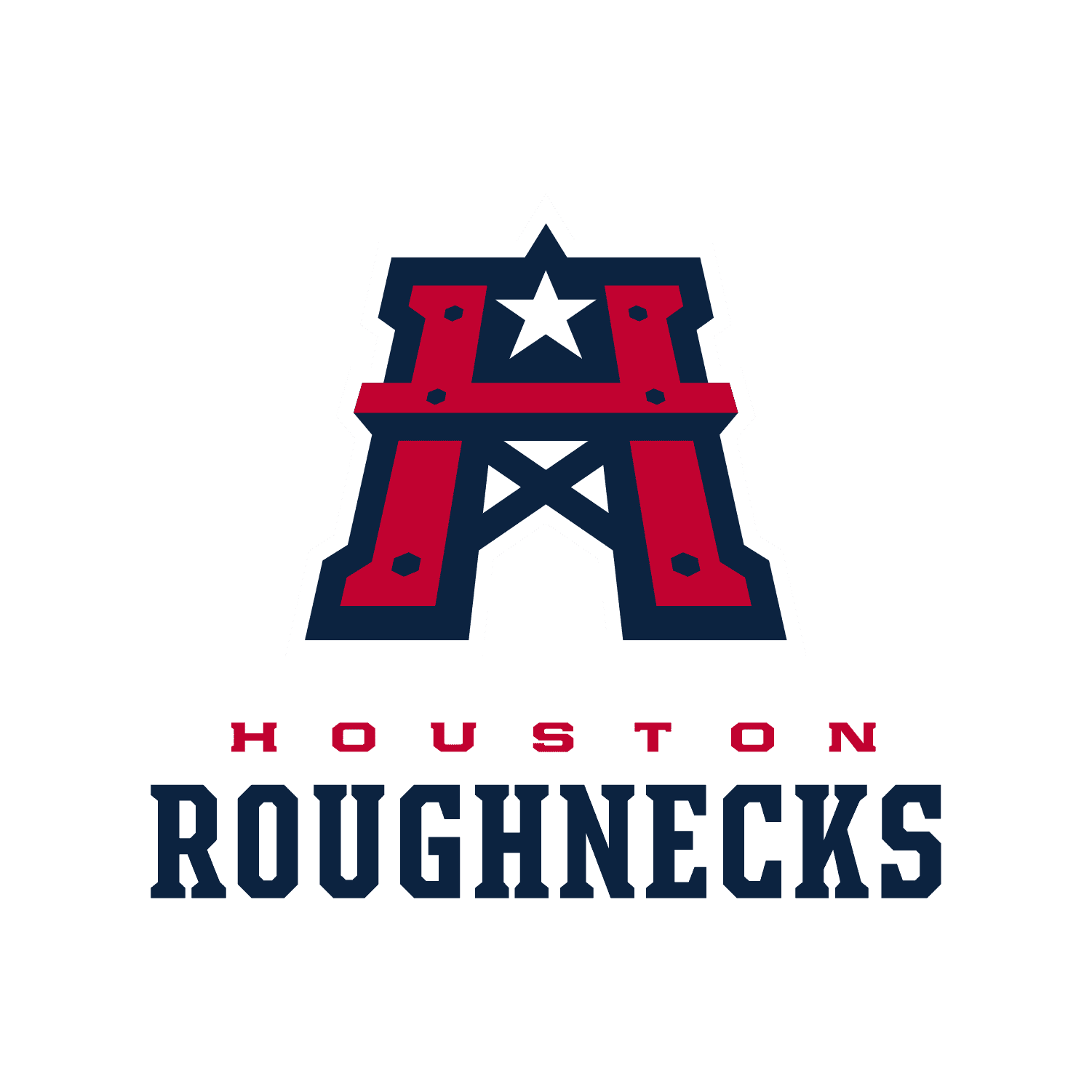 The 2023 version of the XFL was in a tricky spot with the Houston Roughnecks. Their logo was up in the air due to potential lawsuits from the NFL over a copyright. I think they did a great job differentiating the Roughnecks from the Oilers with this logo that accentuates the H more and makes the oil well into a nice curvy tower hanging over the heads of the other teams. Obviously keeping the name Roughnecks was huge for the XFL and I’m glad they kept it because it just works for Houston so dang well.

The color scheme for the Roughnecks continues to be a strong point of the league and they are another team who I can’t wait to see the uniforms for. If you’ve been paying attention to how I feel about the coaches, you’ll see that I value head coaching experience. Wade Phillips has plenty of that. He’s been in the coaching world since the damn 80’s and I think he’ll find a nice home in Houston on the Roughnecks. Overall, this team still has a weird feeling of both hype and unfinished business from the 2020 season that I’m excited for going into 2023 and they’re second on the XFL power rankings. 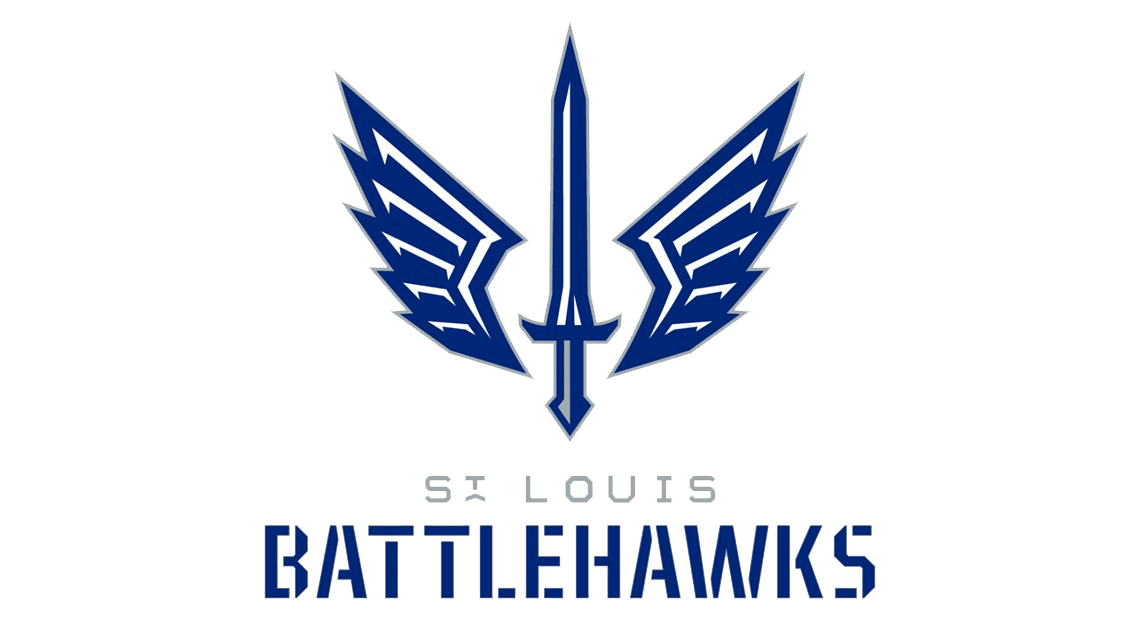 Call it fan service all you want but the first team to be confirmed is the top team on my XFL power rankings list. The St. Louis Battlehawks were a big fan favorite back in 2020. Now, it’s looking like that reputation will continue into 2023, and with good reason. The sword and wings just look spectacular. The blue and white makes me think of midwest power. Battlehawks are one of the most unique names I’ve seen in any of these leagues. And that puts it very high in my ranking. Especially when they bust out this Battlefield 2 text logo.

The logo and name are doing a lot here. Because head coach Anthony Becht doesn’t really have a ton of experience to draw from. The one thing he does have that these other coaches with no head experience is the fact that he was involved in the AAF. If you know anything about me, you’ll know that I love guys who have experience in any of these non NFL leagues. The Battlehawks will have the biggest lens upon them as the league begins this coming year and I think they’ll at least have the looks for it.

That’s the list folks. The definitive XFL power rankings of the garage when it comes to the 2023 version of the XFL. You have any questions? Take them up with XFL Jim because the garage is never wrong, just sometimes mistaken.