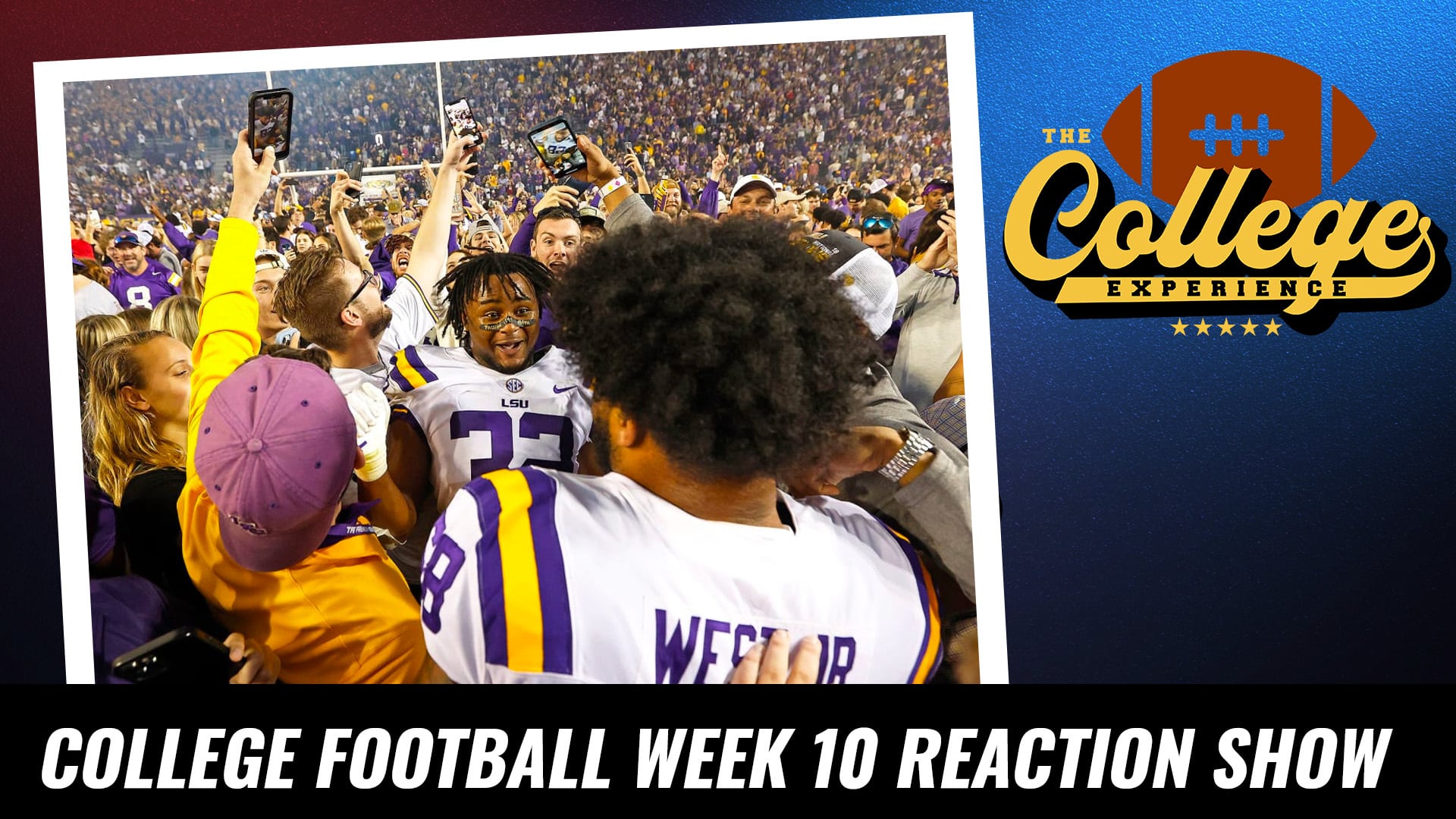 The College Football Experience (@TCEonSGPN) on the Sports Gambling Podcast Network reacts to another wild college football Saturday. Pick Dundee aka (@TheColbyD) & Patty C (@PattyC831) break down every single game that happened on the Week 10 slate. Did Brian Kelly and his “family” make a statement to the rest of the SEC with a huge win over Alabama in Baton Rouge, Louisiana?

Did we know the Clemson Tigers were pretenders the entire time? Is the ACC a completely terrible football conference this year? Is the Sun Belt Championship setting up for Coastal Carolina vs Troy Trojans? Should Jim Mora Jr. & Mike Elko be mentioned as National Coach Of The Year? Are the Oregon State Beavers a quarterback away from being a Top 10 team? Could the Washington Huskies knock off the Oregon Ducks in Eugene, Oregon next week?

Are the Air Force Falcons by far the best service academy football team in 2022? Should we panic after Ohio State struggles against a terrible Northwestern Wildcats football team? Is the Texas A&M debacle one of the most entertaining things to watch each and every week? Could Mack Brown and the North Carolina Tar Heels be the best team in the ACC? Is the remaining AAC schedule one of the most interesting conference races in America?

Is Jim Leonard proving to be the next good hire at the university of Wisconsin? Did the Kentucky Wildcats luck up against the Missouri Tigers? Who is worse between the Virginia Tech Hokies and the Virginia Cavaliers? Are the Temple Owls showing signs of progress? Is Dave Aranda and the Baylor Bears going to find themselves in the Big 12 Championship? Was Syracuse fools gold all along? Who will win the Big Ten West? Did the Texas Longhorns survive Manhattan after another lackluster second half? We talk it all and more on this Week 10 reaction show edition of The College Football Experience.