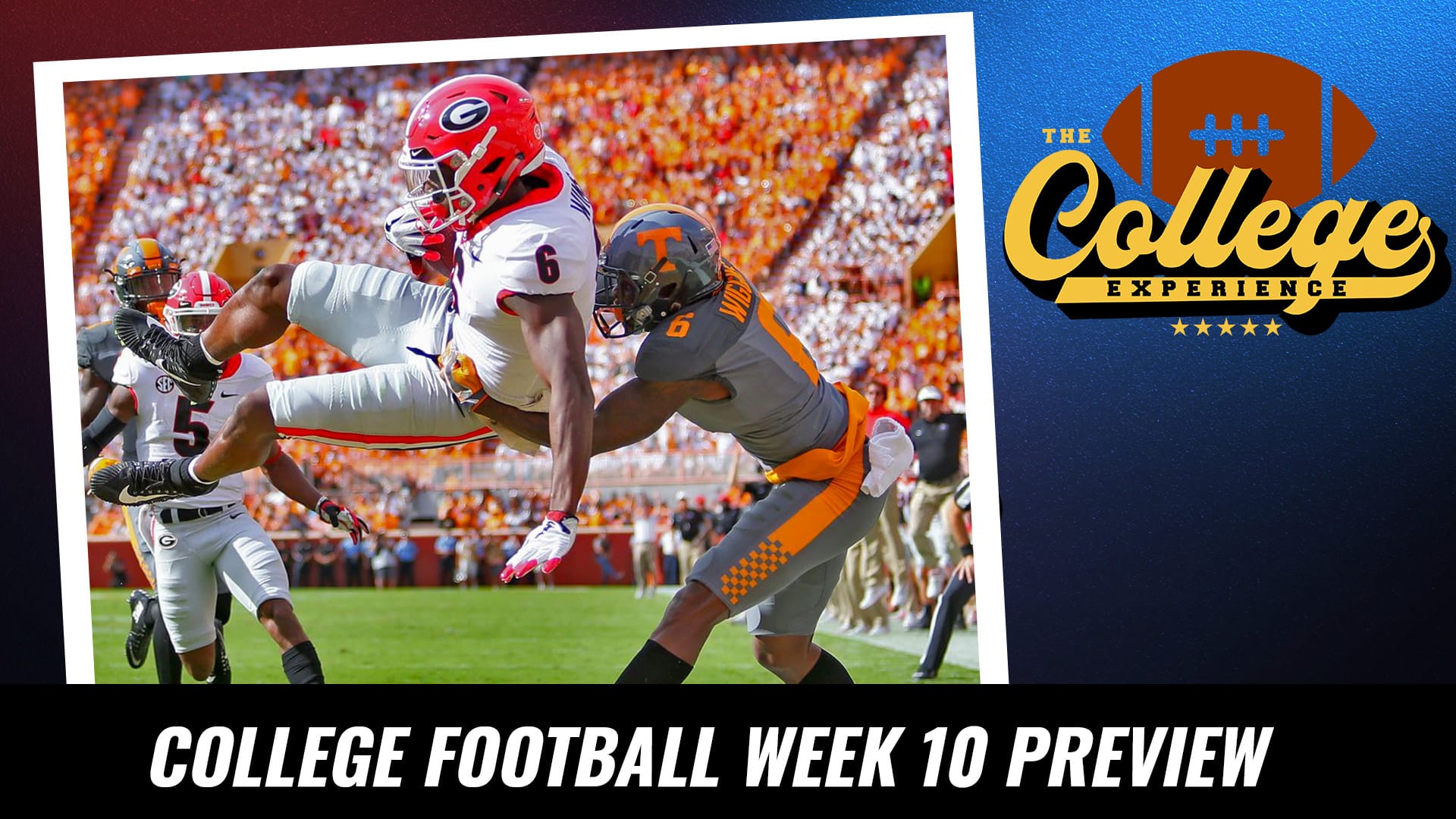 The College Football Experience (@TCEonSGPN) on the Sports Gambling Podcast Network previews the upcoming Week 10 slate of College Football games. Pick Dundee aka (@TheColbyD), Patty C (@PattyC831) & NC Nick (@NC__NicK) break down every single FBS game of the week and highlight their top locks of the week. Will the Tennessee Volunteers and Hendon Hooker head into Athens, Georgia and knock off the Georgia Bulldogs?

Will Appalachian State take down Grayson McCall and the Coastal Carolina Chanticleers in Conway, South Carolina? Will the Oregon State Beavers get the best of Washington in heavy rain in Seattle, Washington? Can the Army Black Knights make it three in a row against the Air Force Falcons? Will Jimbo Fisher desperately find a win against Anthony Richardson and the Florida Gators in College Station, Texas? Are the Texas Tech Red Raiders a live dog as they head in to Fort Worth, Texas to take on the TCU Horned Frogs?

Will Dave Aranda and the Baylor Bears pick up a critical road win in Norman, Oklahoma against Dillon Gabriel and the Oklahoma Sooners? Will the UCF Golden Knights avoid the road let down spot against Seth Henigan and the Memphis Tigers at the Liberty Bowl in Memphis, Tennessee? Will the UTSA Roadrunners lock up the Conference USA with a nice road win in Birmingham, Alabama against the UAB Blazers? Could Hugh Freeze and the Liberty Flames pull off the upset on the road against Raheim Sanders and the Arkansas Razorbacks?

Could South Alabama hit the road and knock off the Georgia Southern Eagles in Statesboro, Georgia? Are the Texas Longhorns going to move to 0-3 on the road as they head to Manhattan, Kansas to take on the Kansas State Wildcats? Will Nick Saban and the Alabama Crimson Tide take down the LSU Tigers on the road in Baton Rouge, Louisiana? Can Marcus Freeman pick up his largest win of his young career at Notre Dame as the Irish take on the Clemson Tigers? Are the James Madison Dukes a live dog against the Louisville Cardinals? We talk it all and more on this Week 10 edition of The College Football Experience.